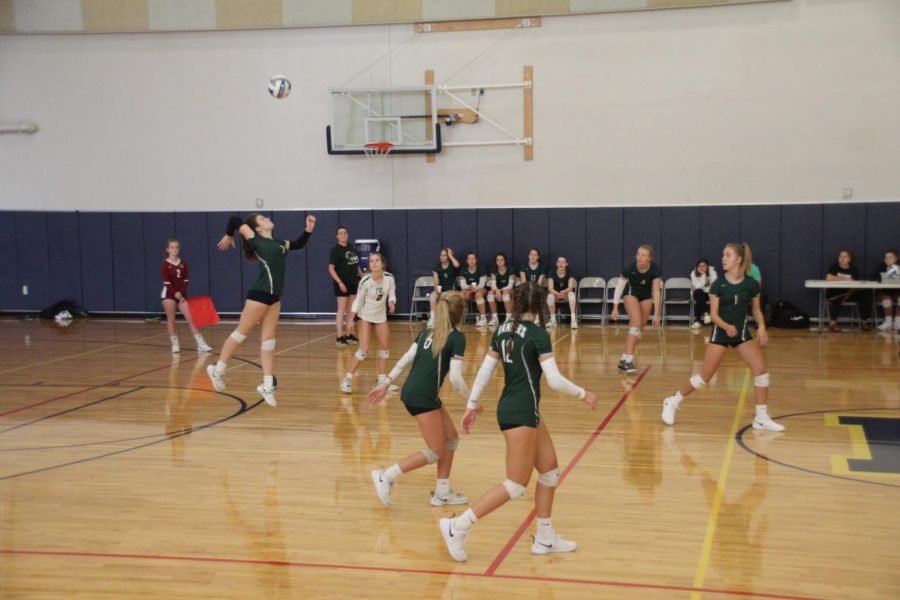 The JV Volleyball team played in the EGR JV Invite on Saturday, September 21st. The Rangers have played 26 overall sets in the past six days, which led them to be a bit fatigued by the end of Saturday. The girls took second place in their pool and then were able to advance to the Silver Power pool. They ended their day losing against their second opponent in the Silver Pool.

During the first pool play, the girls played Rockford and Forest Hills Eastern. They played Rockford first, losing the first game and winning the second. The same thing happened against FHE; they lost the first game and won the second. The right side players, sophomores Kelsey Dantuma and Abby Berlin, did very well overall with setting the blocks so the middle players could close in. By doing this, the girls were able to move on to the next pool games.

In the Silver Power pool, the Rangers faced off against Grand Rapids Christain and East Grand Rapids. Sophomores Sophia Galan and Kylee Murawski did a great job at staying consistent on the outside attacks in these games. The girls first played and beat Grand Rapids Christian in all three games, advancing them on to their next opponent. They ended up losing to EGR in two games, putting their day to an end.

The Rangers’ next event is on Tuesday, September 24th at 6:00 PM, when they will be playing at Ottawa Hills High School. The girls will rest up until then to make sure they are once again at their full potential.