The Central Trend • May 26, 2015 • https://thecentraltrend.com/697/opinion/reviews/dunder-mifflin-paper-company-inc/ 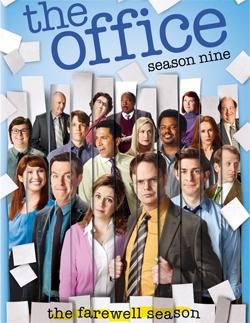 Wham. As the credits rolled across my TV screen in a black and white flurry, my life flashed before my eyes. I had no idea what I would be doing for the rest of my life every day at 9 PM, no idea what I would be doing now that a huge piece of my life had suddenly been obliterated. After I managed to stop crying hysterically and rocking back and forth in fetal position, a strange sense of nostalgia rushed over me. After nine seasons of The Office, I felt as if I had grown up in Scranton, Pennsylvania  alongside the lovable, quirky co workers; each character became more developed with every episode, with a unique sense of humor , their obvious flaws, and annoying little habits. It got to the point where I would find myself in certain situations and know exactly how each character would react to them.

The Office is a sitcom that revolves around a branch of the fictional Dunder Mifflin Paper Company; it is set up to resemble an actual documentary with its unscripted atmosphere , jerky camera movements , and occasional confessionals. It was extremely difficult not to become completely absorbed by this humorous series and even harder to remember that I had an actual life  outside the 30 minute episodes that aired on NBC. The Office utilizes its wide variety of characters-from the impulsive outspoken manager known as Michael Scott to the artsy reserved receptionist known as Pam Beesly- to create a realistic, inspiring atmosphere.

The Office has been my teacher, my parent, and my friend all wrapped up in one. With each new episode, I have learned from their many mistakes, been taught harsh life lessons that still remain with me today, and shared their moments of joy with them through nothing but a 10 inch screen. Through both its sophisticated irony and humor, The Office has helped me gradually evolve into more patient, kind, and understanding individual .  So this is my way of saying thank you. I do not have a plaque engraved with each cast member’s initials nor do I have a trophy to hand out to each script writer… all I have are my words. So I would like to say thank you, thank you to a show that ultimately has helped me become a better person.