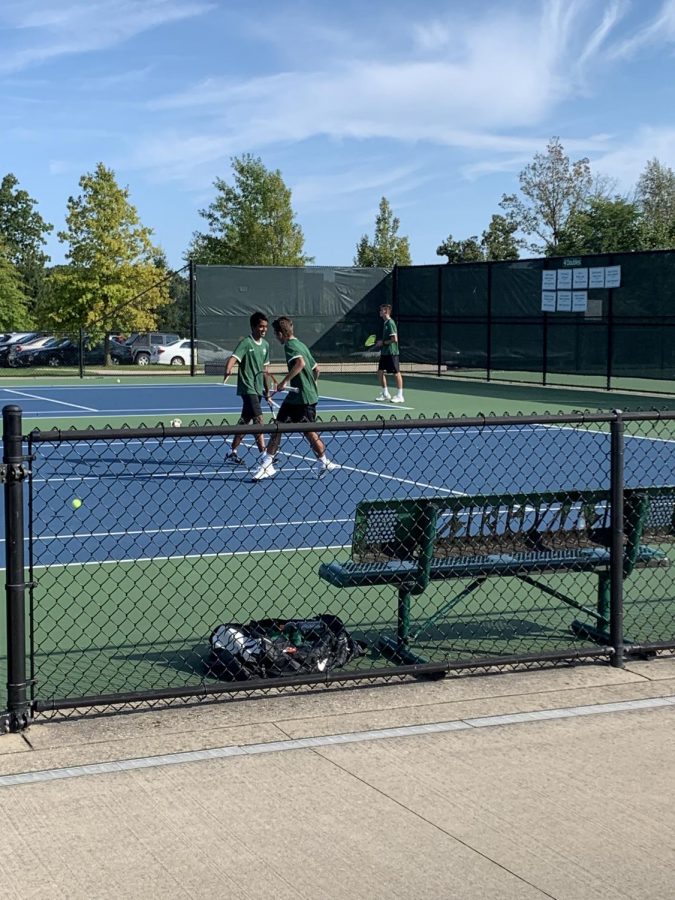 The boys varsity tennis doubles team carried the Rangers to their victory, defeating the Holland Public dutch in a close 5-3 game.

Holland put up a fight and gave the Rangers one of the closest fights in a while. All of the doubles’ teams for FHC went undefeated on the day and gave the Rangers most of their wins. Senior Nick Sjolin had a very impressive win against his two doubles opponent. He was the only single on the day for the Rangers who won, but the rest battled hard and lost by only a few points.

Freshmen Sammy Yin and Chris Shang both had close matches at one and four singles. These two have been key for the Rangers all season long, but couldn’t quite finish it off tonight. Along with them, was senior Suchir Gupta who lost a very tight match in the last set, closing it off for the day.

The Rangers’ next match is on Monday, September 30 against the Greenville Yellowjackets.