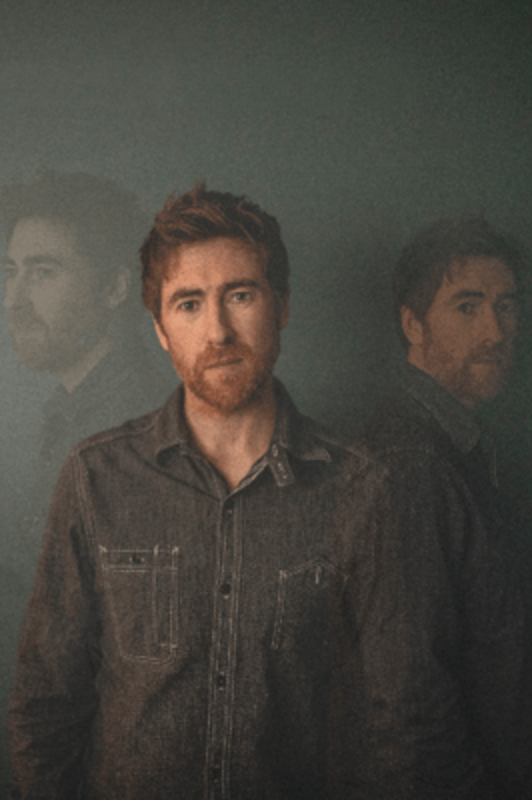 “Where have all the good vibrations gone?’

Asked by Jamie Lawson in a song titled just that, I found the good vibrations in his indie-pop album The Years In Between.

While “Where Have All the Good Vibrations Gone? (feat. Turin Brakes)” is the eleventh of the twelve-track album, it is a mix of everything excellent on the album: feel-good tunes, musical diversity, and mellifluous background vocals to back up Lawson’s subtly croaking voice.

The Years In Between opens with the cheeriest song on the album, “Answer.” The upbeat guitar and Lawson’s smoothly rasping voice in this love song coated me undimming, sun shining lightheartedness. My mirth only grew with the uplifting bridge of the song in which Lawson shows of his powerful voice with controlled trembles.

Though “Answer” is quite literally followed up by “Safe With You,”  it also the runner-up in my opinion for the cheeriest song. Rather than the exuberant, lively smile “Answer” paints in my head, “Safe With You” draws a quiet, soft smile for me. Joyful, but subdued, nonetheless.

That same feeling is echoed on the fourth track, “Perfect Sense.” I was instantly drawn to this song because of the beautifully serene way it explains love. Lawson says in the chorus, “Cause imperfect love like this, makes perfect sense to me.” His easygoing manner is offset by the urgent and harmonious background singers.

The use of supporting vocals in most of Lawson’s songs pushes them off the cliff of mediocrity, freefalling through musical splendor. For example, “Chasing” opens with dreamy music and slowly grows as Lawson adds in as well some guitar, electronic beats, and drums. However, the song doesn’t really pick up or have a significant impact until a gospel-esk chorus joins Lawson. Only then does Lawson’s true wistfulness and melancholy translate to his listeners.

“Chasing” isn’t the only song to have a more overcast feel; “Broken” is a song of defeat. In this song, Lawson’s passion and tender emotion soak you without much grandeur. Because of the light and feathery music, “Broken” becomes a release, numb to skepticism but not so detached to be monotonous.

“The Years In Between” takes dreary to the next level as Lawson mellowly sings to his father who passed away when he was nineteen. The acoustic guitar paired with the disheartening words edged in nostalgia gives the song a completely different feel and sound from the rest of the album.

Although many of the songs on The Years In Between sound similar, Lawson does sneak other influences and genres into his work. The third track, “(If I Held You) Here In My Arms,” is the only song that could be considered a ballad; however, this is one of the only songs I  didn’t enjoy. The minor tone felt off-kilter with the romantic words, and frankly, the song was boring.

“Dance In the Dark” adds a dash of country and folk into a “typical indie” sound. A daring choice for sure, but I like it nonetheless because of the unexpected and delightful roughness in Lawson’s usually honeyed voice that shows up stronger in this song.

The tenth song, “These Troubled Time,” takes on yet another vibe. This soothing bluesy and jazzy melody is accompanied by a commentary on the relationship of the social and political climate of our world. Most of Lawson’s work on this album is love songs, so this track pleasantly surprised me.

This swingy tune also appears in one of my favorite songs, “Second Hand Hallelujah.” Lawson’s voice is low and resonates in a way that doesn’t make an appearance on any of the other tracks, and it perfectly matches the song’s minor tone. He sounds desperate, tremulous, and unsteady, but tender as he cautiously slips into his falsetto and back again. Now I don’t have synesthesia, but everything about this song is the color red.

Altogether, The Years In Between was an above-average compilation of lively tracks and catchy melodies that I would recommend to listeners seeking to escape the confines of a singular genre or sound.