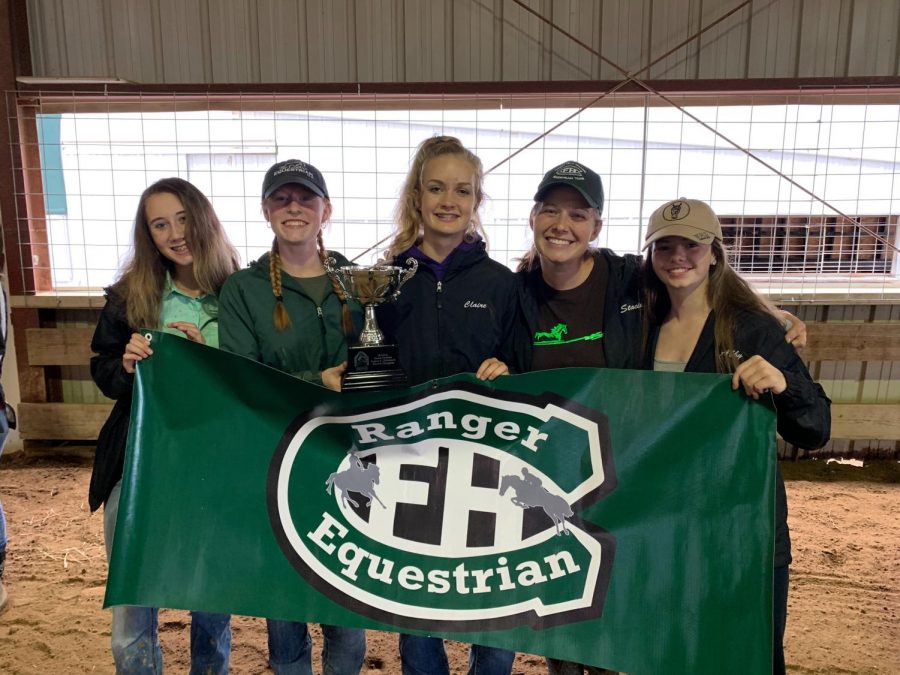 Over this last weekend, the Rangers participated in the Regional meet against some very talented schools. These schools were Gull Lake, Grandville, Grand Rapids Catholic Central, Vicksburg, Bridgman, and Berrien Springs. After a strong performance at Districts, the girls were confident heading into this all-important meet.

Since only the top two teams in each division move onto States, a very good performance was required from the girls to move on. They did exactly that, securing second place to first-place Vicksburg. The standings were very congested for the qualification spots as the Rangers took second by just one point, with Gull Lake closely following the Rangers. Junior Alaina Briggs, sophomore Claire Richardson, freshman Mason Cole, and freshman Abby Satterthwaite spent the weekend battling through rough and wet conditions, but they were able to put up a strong performance to move on.

After the fantastic performance from the girls, the Rangers move onto the State Championship, where they will compete against the top teams in the state for the State title. The girls don’t have that much time to prepare as the final meet will take place in just over a week from October 9th to October 13th in Midland.