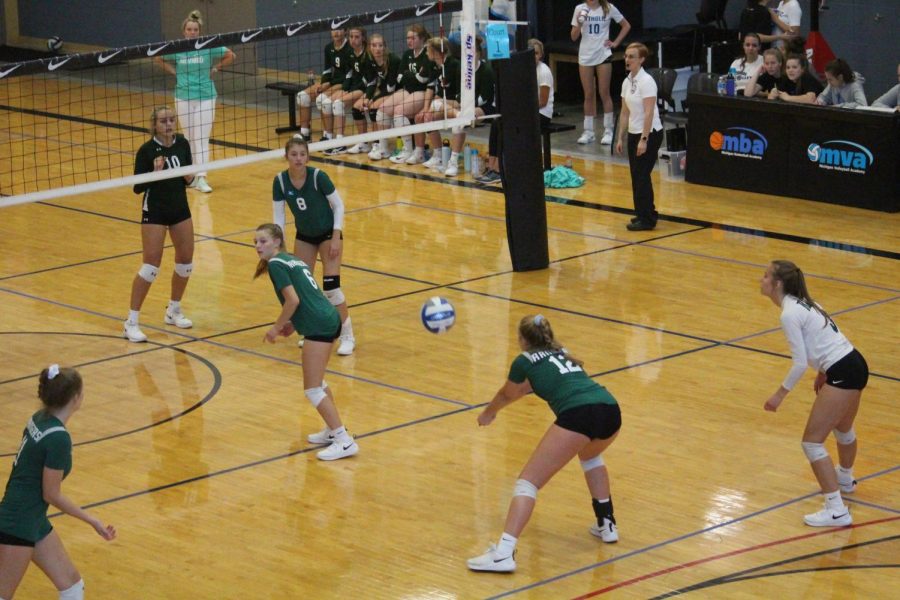 After a fiercely fought battle on the road, the girls freshman volleyball team recorded another win in the books against Northview. In the end, the collective talents of the Rangers squad overwhelmed the Wildcats.

In the first set, Brooke Kushak utilized her powerful serving to start FHC off with a commanding lead. In the setting position, Ally Werkema incorporated new sets into her play with the middles: Ellie Latunski and Maya Holser. Later in the first set, Jaida Coller came in to set for the Rangers, and Ally transitioned to hitter. The Rangers ended up winning the first set 25-12.

FHC fell short 23-25 in the second set. The communication and unforced errors crept up against the Rangers on the scoreboard, resulting in a loss.

Maya Holser had a long serving run in the third set, which put the Rangers up early. Addy Scholtens added to the offensive domination, specifically passing on serve and receive. Accumulating significant points for the Rangers, Emma Costello took control with her attacking, adding in some tips. Defensively, Katelynn Heilman did not let anything hit the floor, which thwarted the Wildcats’ efforts to score. FHC won the third set 15-5.

“I am very pleased with our performance,” head coach Bri Tilton said. “Every game we get better and better at limiting our unforced errors and being more consistent in our serve and receive, which is something we have struggled with early in the season.”

The Rangers are back on their home court this Thursday, October 3rd against Lowell.