Maiden retells the remarkable story of a race towards equality 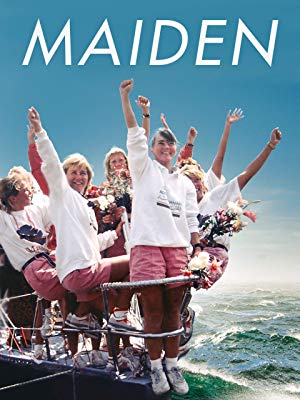 The fight for gender equality seems to be a never-ending battle for women around the world.

In Alex Holmes’ new documentary Maiden, the incredible story of the first all-women yacht to sail and succeed in the grueling Whitbread Round The World Race is told through a series of events that are sure to thrill, excite, and enchant the most critical of viewers.

The film centers itself around the life and experiences of feminist exemplar Tracy Edwards. After living her childhood years in a constant state of rebellion and sheer laziness, Edwards did not truly have a passion for anything in life until she found one thing: sailing.

A life on the sea thrilled Edwards unlike anything she had ever known in her previous life. The unpredictable sea became her fascination, and she wished to commit her entire life to her new passion of competitive sailing.

But for Tracy, time on the water was not easy to come by, for a sparse number of yachts and crews were willing to take a woman on board their boats. For years, Edwards could only strike up a role as the cook for a group of men sailing around the world, and for the year she spent on board, she was often belittled and bullied for attempting to chase after her dream.

A few years following, Edwards took matters into her own hands and created the first all-women team to enter into the Whitbread Round the World Race. As the Maiden set out to sail the world in 1989, the women were mocked endlessly by journalists and the public. Everyone—except for the Maiden’s women themselves—had made the conclusion that the treacherous and highly-demanding journey was simply too hard for the women to complete. But as they reached the end of the journey winning two whole legs of the race, the entire world was stunned and proved utterly wrong.

Holmes is able to create an intense and action-packed documentary that provides the audience with such a variety of emotions that documentaries are not typically able to pull from their viewers. He integrates countless archived clips from many moments ranging from the childhood of Tracy Edwards to the chilling images of storms and danger on the Maiden’s journey. Interviews with the remarkable women on board, biased male sailors, and crude journalists provide endless stories that truly make you feel as if you are sitting in on a group of friends reminiscing on the greatest memories in their lives.

With the use of such dramatic and alluring real footage, Holmes is truly able to tell the remarkable tale of the journey of the Maiden. With real, chilling images of the perilous conditions onboard Edwards’ boat, the audience is better able to understand why so many would doubt the incredible crew of women. Scenes of the women tying themselves to the boat in the freezing, blusterous conditions of the Arctic Ocean truly allow the audience to gain a sense of respect for the Maiden’s women who had to fight through so much hate and doubt just to get the chance to prove their toughness and outstanding abilities to the rest of the world.

As the issue of women’s equality is seen in our world each and every day of our lives, Maiden could not have been delivered at a better time. It is refreshing to have a view of how far we have come in regards to allowing women to express themselves as they wish, but it certainly also shows how far we still have to travel in order to arrive at an endpoint in which pure equality is achieved.