The tale of a woman and her beloved twisted biscuits 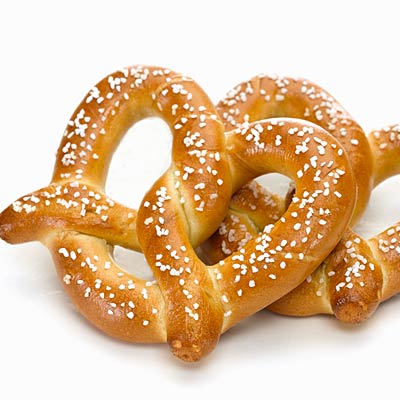 As I eagerly walked into the lunchroom one Monday afternoon, I was paused momentarily by confusion; the larger, average pretzels had been replaced by ones half the size. I continued to grab two after my initial uncertainty had left, finally accepting that this new replacement would have to substantiate for losing the beloved, knotted biscuits I had developed quite the taste for. All would have been well, however, as I checked out I noticed I had been charged for two mini pretzels, the same cost as the previous pretzels had been. Questioning the lunch lady, I discovered that these were the pretzels they had been meant to serve since the beginning of the year, when most of the new healthy mandates on food had been set into action. My only thought was how furious my mom would be when I went through my lunch money twice as fast as I had before the pretzel predicament.

Just as the pretzel’s size in the lunchroom had to be reduced in order to comply with these USDA regulations set in place by Michelle Obama, many other foods have skipped the transition to healthy and instead cut corners by reducing the already measly amount of food given to students. Rare are the cases in which students now walk away with full stomachs, but increasingly common are ones of wasted money on bags of chips boasting “reduced calorie” labels, filling their bags with more air and less actual food.

In an attempt to solve obesity issues our country is dealt with, our so-called ‘solution’ has now brought upon us more issues than ever before. Few and far between were the instances where the lunch line was halted due to a student’s lack of funds, and now it’s surprising to not see at least one student ahead in line faced with the embarrassing “no funds remaining” message on the checkout screen.

Unlike most of the student body, I was pleasantly surprised when I heard the news that schools nationwide were now responsible by law for healthy options in the lunchroom. As a student who leads a healthy lifestyle and has been a vegetarian for three years and counting, the options for my meals are typically limited by grease or meat that are the main ingredients in hot lunches offered at FHC. However, this transition I had been eagerly awaiting was ultimately a disappointment as my worst nightmares came true with sugar and calories being replaced by even more genetically modified ingredients instead of GMO-free and organic like I had been hoping for.

What most people don’t realize is eliminating calories and sugars from things does not necessarily make it healthier. Calories are something in which our bodies need in order to function, and in moderation, help teenagers grow and maintain healthy levels of energy throughout the day. Until recently, I myself believed that sugar-free foods were better for you, until discovering that it had just been placed on the label under a different name, lab-developed rather than naturally grown. Another issue we face when trying to reduce childhood obesity is the packaging of USDA-approved items. When less product is contained in each serving, we stand to risk even greater plastic and cardboard waste, another costly resultant of this fairy-tale solution.

To truly make a change in student selection of meals, cutting corners cannot happen any more. If the healthy option is made more enticing, with schools purchasing from locally-owned producers instead of juggernaut companies mass-producing GMO crops, which will reduce packaging and support local businesses in the process.