Teenagers discuss the importance of love in high school 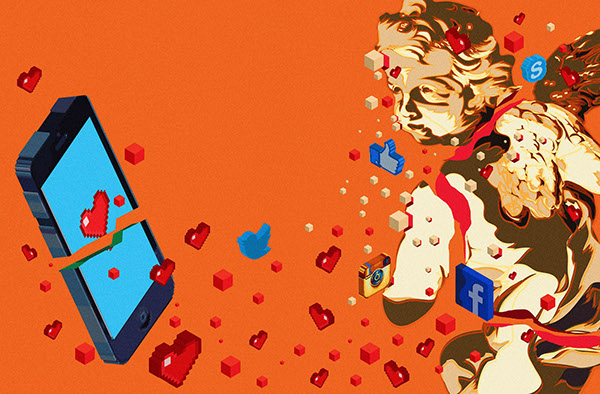 Let’s face it: teenagers are in love.

And, let’s face it: adults don’t want to admit it.

High school–in movies and books, as well as in reality–is described as a time for self-discovery, self-acceptance, and everything in between. Love, as much as it may be debated, plays a vital role in this process of “growing up.”

Despite never being in a relationship herself, Junior Abigail Cool has some introspective thoughts about the subject.

“In high school, we’re developing [our] characters and how we respond to things,” Abigail said. “We are just kids; we’ve never loved so intimately before. These are your first relationships; they are where you’re first learning how to respond and that’s where this development occurs.”

Love, for her, is based upon the complete and total dismissal of the “50-50” mindset. In her mind, love is 100 unconditional on both ends. No exceptions.

In similar thinking, senior Tommy Hendricks states that love simply cannot be defined at all.

“I think that language, especially our language, doesn’t allow you to define [love],” Tommy said. “It’s not something that’s possibly defined through my vocabulary.”

So often, adults hear these proclamations of love and boil it down to sappy teenagers’ inability to control their hormones, and thus, their emotions.

Freshman Allie Beaumont, who has been in a relationship with her boyfriend Matthew Gill for two years, is no stranger to this kind of prejudice.

“We have been friends for five years and dating for two,” Allie said. “Our parents were family friends, so everyone knew that we liked each other even before we started dating. Then, when we started dating, everyone knew he was asking me out. I do definitely feel like sometimes, especially because we are so young, there are some things that people don’t understand as much.”

Interestingly enough, her parents met and began dating when they were around the same age as Allie and Matthew. This alone breeds a more accepting environment for such prolonged relations at age 14; however, even to the most modern of thinkers, this demonstration of commitment in youth sparks both admiration and skepticism. How can people who are so young possibly be so in love? The idea that love knows no bounds, age, or distance, becomes muddled and lost.

Abigail, from observing her friends and peers, places a high value on the relationships that are created during the four years before adulthood that are spent within the walls of a high school.

“I agree that you can’t be making the same decisions like moving in [together] [in high school],” Abigail said, “but these are the first imprints of what a relationship should look like and how you should be treated. It’s your foundation for what every future relationship will look like. Those first relationships are the most timid, the most exciting, the most raw. But also, we’re young. We make mistakes. We’re constantly learning.”

So, do high school relationships hold less meaning than those that are formed free from the constraints of youth, out there in “the real world?”

For Tommy, the answer to this is complicated. According to him, high school relationships can feel meaningful at the time, however, when we look back on them later in life, he says, we will realize that they may not have been as important as they once seemed.

“In high school, I like to keep things ‘just for fun,’” Tommy said. “I don’t think there’s a point in keeping anything too serious. But once you age and you’re looking to start a family or are engaged or plan to be engaged at some point, then the relationship is serious.”

“I think [high school relationships] probably have more meaning in the sense that no, you probably won’t find the love of your life in high school,” Aaron said, “But it’s such a great time to explore yourself and how to want to feel and show love.”

Before the age of Snapchat, Instagram, and Facetime, it was not uncommon for people to meet a person in high school and grow old and grey with them years into the future. Why has that changed?

High school, as many know, is very cut and dry. You’re in one grade or another. You have an A or a B. Everyone seems to know exactly what you’re doing, yet no one seems to be able to give you advice. This combination of separation-inclusion is the perfect breeding ground for the diminishing mindset of many adults, Abigail states.

“In high school, it’s so immersive; everybody knows everything that you do [in] a relationship,” Abigail said. “I think that’s why it’s so often dramatic or hyper-detailed, which is why some people look down on it. Some people see the end when they get into a relationship. I feel like people focus on the end whether it be [because of] your grade level or graduation or a long distance.”

This type of entry-level mindset, as well as simple naive ignorance, is the very thing that holds so many back, she says.

“[A relationship] is not about whether you’re going to get married or if [you’re] going to dump [them],” Abigail said. “There is no one relationship, there’s many. It’s about how we better each other and how we build character and help each other grow.”

Soulmate: a person who is made for you–meant for you in each and every way. A person who you find endlessly exciting and can’t imagine ever finding tiresome. This optimistic, romantic idea of the power of fate seems to be only semi-comforting to most, and entirely possible to others.

Abigail, who considers herself an optimist, is able to find consolation as well as critique in this theory.

“I like the concept of having your one soulmate out there,” Abigail said, “But I think there are several people out there in the world that could be your soulmate. Your experiences make you who you are, so how can you meet the perfect person when you could be a completely different person in [a few years]? Say you do have a soulmate, they might not even be your soulmate right now because they haven’t developed enough as a person.”

Aaron, however, states that soulmates do not always present themselves in the traditional sense. For him, a soulmate can be either romantic or platonic, and he states that his “soulmate” is his best friend and FHC grad, Sutton Steensma.

Tommy, on the other hand, has a much more literal take on the subject.

“I think [the idea of soulmates] is really cute,” Tommy said. “But at the end of the day, I think that in a relationship there are sacrifices that you have to make on both sides. I think that there are definitely people that fit you better than others; as long as you’re both ok with making sacrifices for each other, then that proves that you’re right for each other.”

In summary, the feelings that are held close to teenager’s hearts are meaningful, valid, and no less important or unimportant than “adult” experiences. Out of the mouths of babes, Abigail says it best: