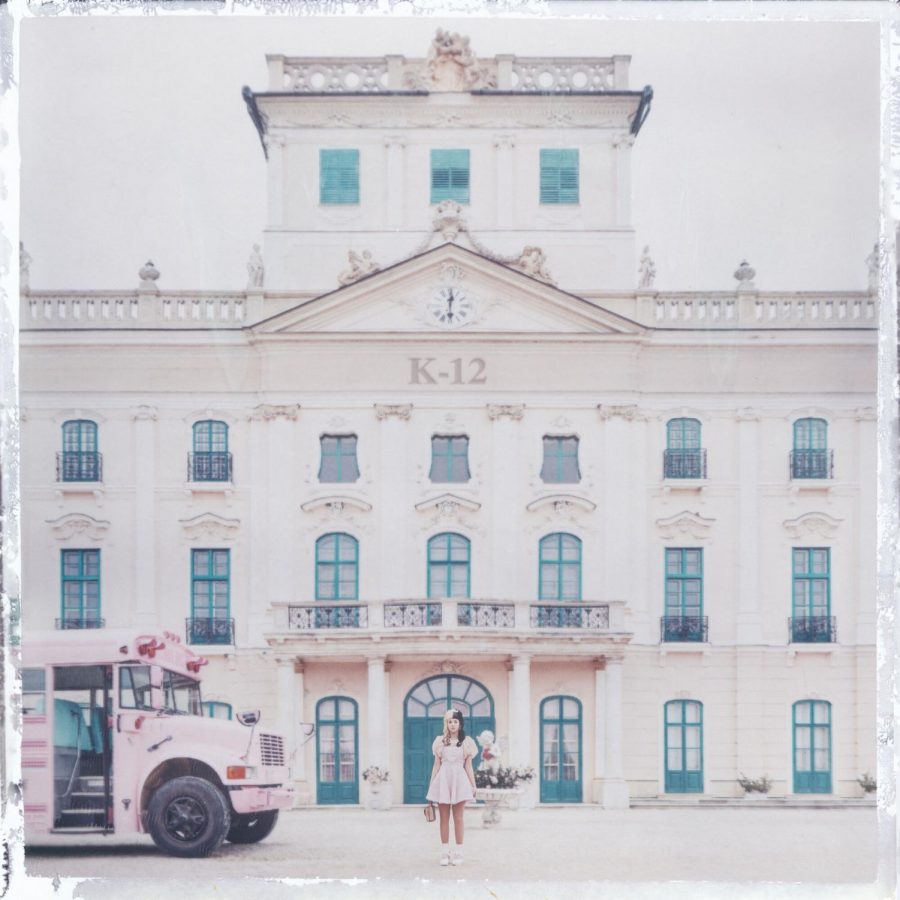 Melanie Martinez’s new collection of songs may be based on school-related experiences, but the content of her album is anything but elementary.

K-12, Melanie Martinez’s sophomore album, creates a whole new genre of music. Generally, I don’t favor indie music or electropop, but Martinez’s combination of the two made me rethink my taste. Through Melanie’s incredible vocals, depressing lyrics, and overarching messages of each song, the album redefines her style.

Several of the songs on the album have underlying issues. They mention sexual assault, unhealthy relationships, and other problems that have become common occurrences in high school students’ lives.

“Wheels on the Bus” started the album and swept me away from my contemplative headspace. Immediately after the first musical note played, I felt myself shrink down to the size of a small child. Melanie begins the song by reminiscing, and I found myself craving the simplicity of childhood.

As the song escalated, I felt myself growing from the small child into a teenager, and the lyrics forced me to acknowledge the ugly realities of teenage life. Strange noises and the ghostly ring of Martinez’s voice slowly encompass the song. The sweet innocence that I felt at the beginning of the song completely shifted into a sense of fear and maturity. This song perfectly starts the flow of the album which continues to explore and exploit the darkest parts of high school.

Without a doubt, “Strawberry Shortcake” was my favorite song of the album. When the song played, I felt the melody pour into my head, and it stuck there for the rest of the day. But, the one element that sets this song apart from the others in the album is its eloquent lyrics.

“Strawberry Shortcake” brings to light the horrors of sexual assault that are shockingly common in high school. Martinez is repulsed by the copious incidents that seem to occur in high schools nowadays. She finds the sense of control that several boys lack to be ludicrous. Melanie makes it clear that girls should not be blamed for harassment, and that sexual assault should not be concealed.

As each song plays, the mood of the album becomes darker and more melancholy. Martinez’s impressive voice is showcased in other hits on the album, and she exposes insecurities that she likely felt during high school. I was able to connect with a few of the themes of her songs; I think that the majority of listeners could visualize the situations described in the songs in their high school.

The closing song of the album is “Recess” which ends the desperate, hollow tone of the album on a badly-needed hopeful feeling. This song is angelic in comparison to the other songs of the album. The light sounds of instruments bring a pleasant, peaceful feeling with them. Martinez’s message of this song is to stay resilient and to ignore people who doubt you.

Melanie Martinez’s album made me feel all the highs and lows of high school in the span of only 13 songs. The mix of melancholy and mirthful songs masterfully delivered the messages that Martinez wanted to share.

K-12 was a satisfying music album, and I look forward to hearing more of Martinez’s extraordinary music in the future.