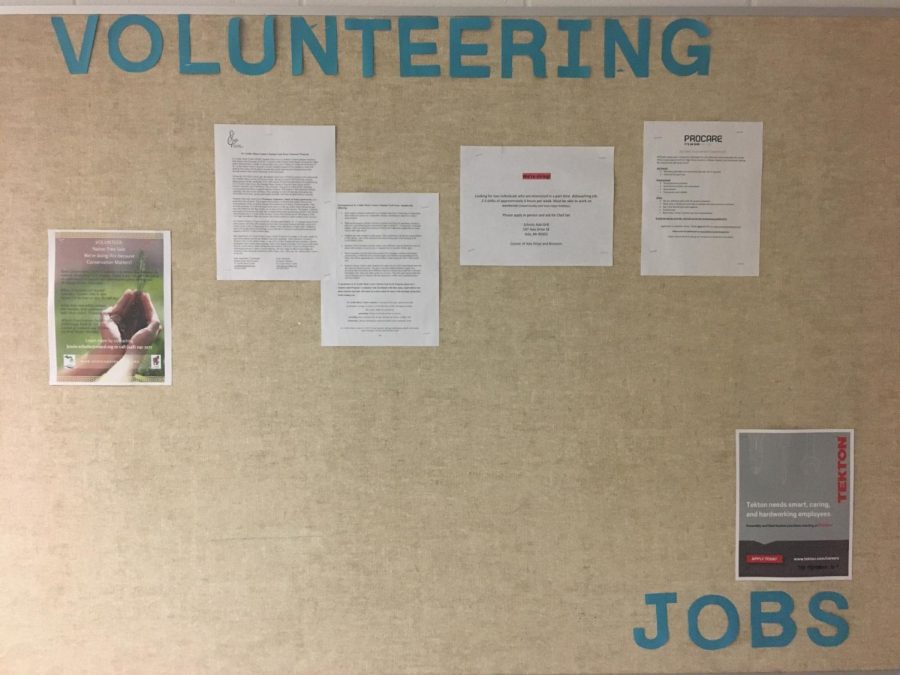 Three years ago, principal Steve Passinault assembled every teacher in the building and assigned them with one task: pick an area their first hour would be willing to provide service for.

Whether that be volunteering at the homeless shelters, cooking hot dogs, cleaning up the community, preparing food at Kids Food Basket, or any other act of service, Passinault’s primary goal for that Ranger Strong Week was encouraging the whole school to get involved in a substantial service project.

Participation was decent, but not nearly enough.

Beginning to make a network of connections through this spur-of-the-moment task for the staff, Passinault had yet another thought: what if there were volunteer opportunities like this monthly?

Not quite a club—not yet—Passinault planned, organized, advertised, and announced monthly volunteer opportunities that a regular, consistent group of students attended.

“We didn’t start it as an actual club, that just started this year, so [participation] was just more through announcements,” Passinault said. “We started to have a regular group that really enjoyed doing this, and that would show up to most of the events.”

Lori Martin—not a student, but a parent—was part of the regular group of participants and very quickly became a key coordinator of the monthly events. With a prominent passion for contributing to the community and noticing the substantial workload on Passinault’s shoulders each month, Martin stepped up and offered her helping hands.

Martin passionately committed to a more active role in these monthly events years ago, and since then, she and Passinault have been working hand in hand to set up opportunities for students to give back to the community.

“I contact organizations throughout the Grand Rapids area and find out what projects they have for us and tentative dates,” Martin said.  “I then meet with Mr. Passinault, who is very hands-on and attends most of these with us, and make sure the dates work with his calendar.”

Falling into a rhythm of contacting organizations, establishing a date, and organizing the actual event, Passinault and Martin leaped towards the next step: forming an official club for the monthly events.

An official club would allow students to occupy leadership positions and the consistent group of participants could expand to newcomers passionate about volunteering or interested in giving back to the community.

Once the forms were filled out and an official “advisor” was chosen to oversee the club—Passinault—the word was spread about this never-heard-before club through posters around the school and FX in order to attract any interested students.

Junior Faith Nhkum, drawn to the club through an FX announcement, has an active desire to better her community and the world around her, but she has never participated in a club; so, she decided that the new volunteer club would be a safe place to start.

She, along with seventeen other students, attended the first-ever meeting of the club which provided an overview of the activities and brainstorming how to get any and every student involved in volunteering.

“I just went in blindly and hoped for the best,” Faith said. “More people showed up than I thought they would. Because it’s a new club, the first meeting was [where] they explained what was going on and what we’re going to do. It was just an overview of what we are and what we’re about.”

Amidst the introductions and explanations, the students, along with Passinault and Martin, collaborated on coming up with the official club name.

With an official name, a solid group of students, and an air of exuberance, Martin is ready to get the Ranger Helping Hands Club running.

And Faith is ready to finally do something to better herself, her community, and even society.

“I don’t know, it just feels like… going to school, waking up, and doing whatever throughout the day, and then going to do something meaningful to help the world… it just makes me feel like I’m doing something,” Faith said. “Knowing that I can help people through volunteering, knowing that I’m contributing to society,  just makes me feel better as a person.”

Each member of the Ranger Helping Hands Club shares a similar mindset, and Faith believes that participation in this club, and the events that they organize, will bring the community closer together by working together for a common goal: to help those in need.

Martin passionately believes that this new club will strengthen the community and, ultimately, make the world a better place simply from a group of helping hands willing to share the love.

“The school becomes a stronger community through life experiences and building a future of young adults who not only thrive in academics, sports, and the arts, but also in making the world a better place because they cared,” Martin said. “The community definitely benefits from everyone’s efforts  It is more than meals provided and projects completed—it is about showing people they are not forgotten and someone cares.”

**While you don’t have to officially be a member of the club to ever volunteer, the Ranger Helping Hands Club does meet monthly and volunteers as a group monthly. If you’re interested in bettering the community as a group, see the sidebar for more information or check the bulletin board by the counseling office.