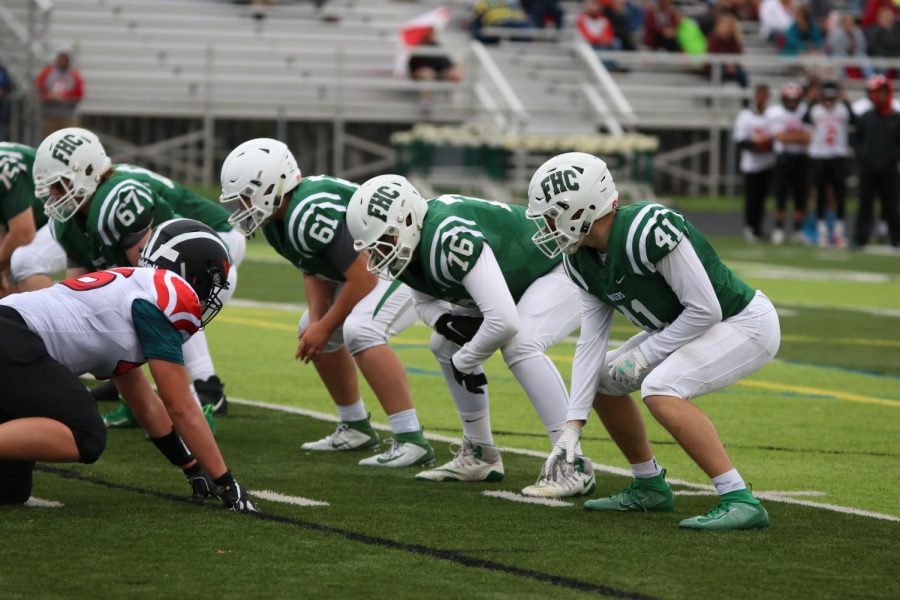 Freshman football dominated the field this week in a commanding 51-0 win. This brings their undefeated record to 5-0-2. Ottawa Hills struggled mightily while the Rangers took advantage of a flurry of scores in the first half, with the halftime score being 44-0.

The first play of the game after the kickoff was a 50-yard run by Levi Mackenzie, who dodged many defenders before gliding into the end zone untouched. The field goal was no good, bringing the score to 6-0. The Rangers kicked off and ended up pinning the Bengals back around the 10-yard line. Jack Elliot blocked their punt, giving the Rangers incredible field position.

Two penalties on the Ranger side dampened the excitement of the blocked punt, but Levi turned that around with a 15-yard run that secured another touchdown for the Rangers. The 2-point attempt was no good, leaving the score 12-0. The Rangers kicked it off and successfully defended the next drive from the Bengals.

The next drive from the Rangers was once again successful, the long drive capping off with a 25-yard touchdown run from Jack Elliot. The field goal by Owen Meyer was good this time, bringing the score to 19-0. The Bengals received the ball and shortly fumbled the ball, giving the Rangers another opportunity to score that quarter.

At the start of the second quarter, the Rangers took the ball and drove down, scoring on a 30-yard run from Chase Robinson. The field goal was good by Owen Meyer, bringing the score to a ridiculous 32-0. The Bengals took the ball on their own 5 but fumbled it in the end zone which was recovered by Jack who once again scored bringing the score to 38-0.

The Bengals took over after this but once again fumbled, giving the ball right back to the Rangers. After a couple of plays, Michael Cambell had a 30-yard run for the score, making the game 44-0. This concluded the first half and because of the massive lead, the game had a running clock for the rest of the game.

The Bengals took over and got the first down, running a ton and taking almost the entire quarter before they punted. The Rangers took over and ran out the clock. The continuation of the third quarter drive was capped off by a small run by Landon Cook, bringing the score to 51-0. The Bengals took the ball and were stopped as the game clock ran out.

This concluded the seventh game of the season for the Rangers, with their record now 5-0-2. Next week they look to Lowell, one of the tougher opponents in the conference.