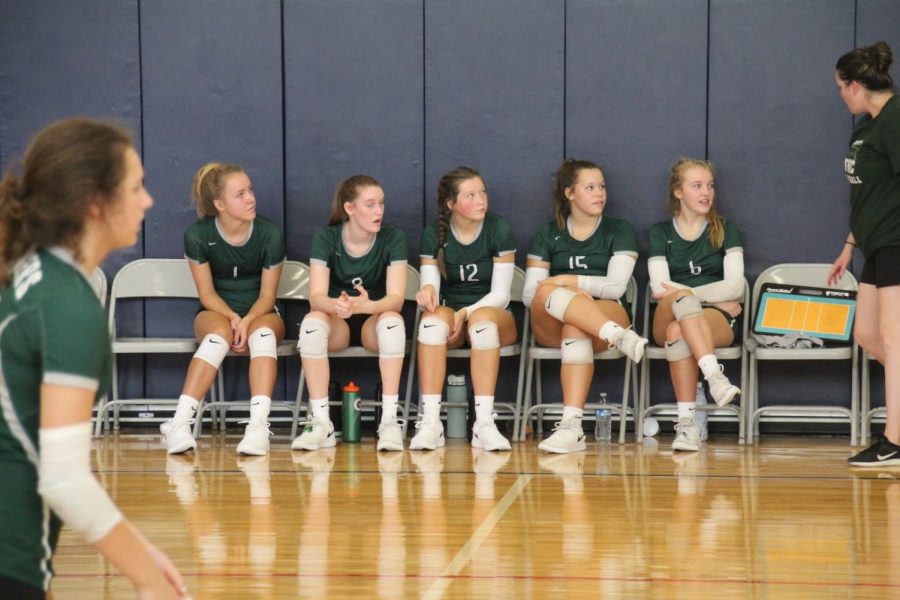 Sophomore Lilly Harsevoort led the FHC JV Volleyball team to two wins against Mona Shores. They were two very close matches, but in the end, the Rangers got the win in both of them. The girls proved in these games that they are able to win under pressure.

In the first set, the Rangers were down during the first minutes of the set. The girls came back from a 17-6 lead from Mona Shores to win 25-23. The girls stayed positive the entire time they were down and focused on gaining one point at a time.

In the second set, FHC also won 25-23. Lilly had a six-point run while serving allowing FHC to get a long string of leading points. Also, the setters, freshman Averie Zsachak and sophomore Sammie Wing, did well with mixing up the sets to the offense for dangerous hits.

The Rangers play next at the Hudsonville JV Invite at 8:00 AM on Saturday, October 12th.