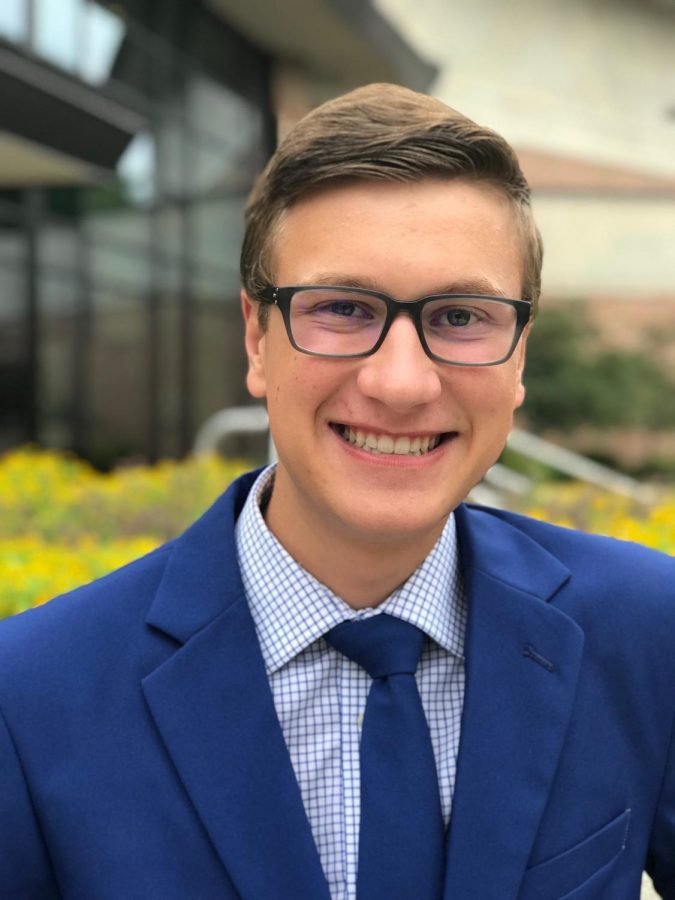 “I was very surprised. I didn’t expect it, and it was a big honor for me. “

“I was very excited. It certainly took me by surprise. I stood up and was flabbergasted, and then I walked down next to everyone else, and it was awesome. As I went down, Ali [Azeem] jumped up on me, and it was all so fun.”

“I have no idea. I guess people voted for me. I don’t know what particularly about me made them all want to vote, but they did.”

“I think it’s to commemorate the people that put a lot of effort into this school and really represent the senior class every year.”

“It’s a huge honor. I feel like now I have to stand up to all the other [nominees] that have come before us like Connor Genschaw. He was a friend of mine, and he was [king] two years ago, and Vaughn [Rodriguez] was [king] last year, so that’s really cool. I feel like I really have to be the upstanding guy that says hi to everyone and is very open and welcoming. “

“I was just talking about this today. It’s so different. I remember watching them happen, and I could tell that they were a big deal, but they weren’t as big of a deal to me. To be in that position and be receiving that honor and be around all these people that are also all going through the same thing, it’s outstanding. It’s really, really cool. ”

“I’m super excited. I love cars, so it’ll be fun to be in a convertible, and it’ll be awesome to be in the parade.”

“I love Jasmine [Dawson]; she’s great. I’ve known her from probably seventh grade on which is really fun. I’m really happy to be her couple.”

“Oh, yeah. It’ll be a blast! I’m sure we’ll talk about orchestra; we [are in] orchestra together every day. I’m sure we’ll also be talking about Homecoming. We’re both very excited, and it’ll be very fun. We’ll also probably talk about throwing out candy because I imagine we’ll be able to throw out candy. If we don’t, we’ll still be talking about all the little, happy people that are running around.”

“There’s an open offer for free hugs if I’m the king, but that’ll be regardless. I always give out hugs to people. Typically, I make at least one donut run a month, so if you text me, I’ll probably give you a donut once a month if you feel like it.”

“This is a huge honor. I’m extremely happy to be nominated for Homecoming Court. I [am looking] forward to this school year, and to all the non-seniors that be reading this, I wish you the best of luck.”