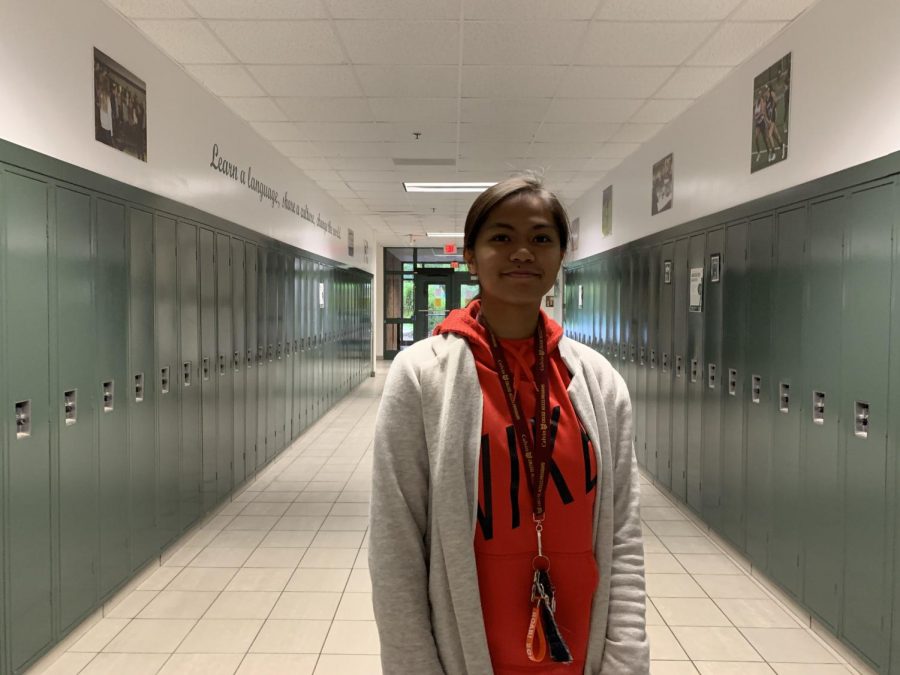 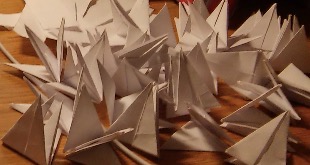 Senior Nicole Aquino first got the idea for her annual origami gifts in middle school, and she hasn’t stopped making them since.

“I think I was just interested in doing something nice spontaneously,” Nicole said. “There’s this legend [that says] if you make a thousand cranes—or any big number— for someone, it has a [special] meaning. So, a thousand cranes mean happiness for anyone you give it to. I decided to make 100 one night, and I distributed them around the school during Christmas time.”

What started out as a few paper cranes residing inside of the FHC middle school building blossomed into a tradition of joy and happiness for both Nicole’s friends as well as people she doesn’t know at all.

Now, in her last year of high school, Nicole says this tradition has begun to expand outside the walls of FHC.

After attending Calvin College’s summer program “Entrada,” a program intended to help high school students get a taste of college life, she decided to spread the joy of the cranes to her fellow members. Although her usual origamis are passed out without messages, Nicole added a special touch to these few.

“When I went to Calvin for a program this summer, I was really close with my group,” Nicole said. “So, as a goodbye gift, I gave them cranes, and I wrote on them.”

When put in perspective, this act of simple and thoughtful kindness is not unusual for Nicole and neither is the artistic side.

Although her busy schedule means that she hasn’t been able to participate in an art class since the fourth or fifth grade, Nicole remains committed to her art in other ways.

“When I was younger, I would be the artistic person, but it’s not really my main hobby,” Nicole said. “I was just naturally like ‘oh, let’s draw something.’ [For me, art] is more of a private thing.” 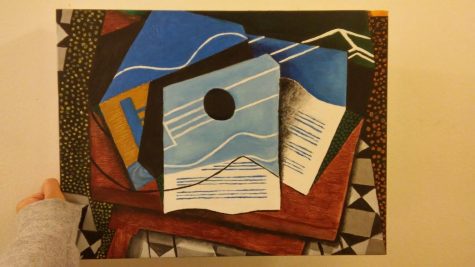 Hobbies such as doodling, drawing, and painting occupy Nicole’s artistic side, which she claims was inspired by her older brother’s own interest in the subject. 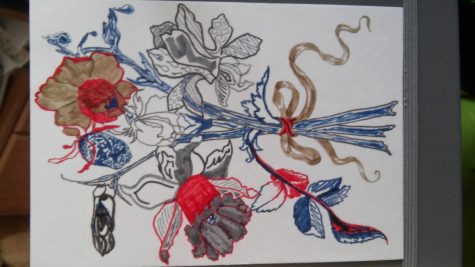 “My oldest brother is very artsy,” Nicole said. “He has these doodles on paper [all over]. I took over his room since he moved out, [and] I found these cool doodles. He also painted this huge lion on one of the walls.” 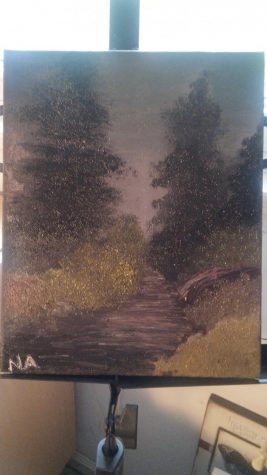 Due to the fact that Nicole is the first member of her family to be born in America, this type of bond is particularly special to her. Her family is from the Philippines, and since her older brothers are many years older than her, they had already been to some school before they moved here.

Where others might let large age gaps and cultural differences push them away from their close family members, Nicole does the exact opposite. In fact, she attributes this very fact to their bond.

“I feel like in a way it helps me grow with them,” Nicole said. “My two older brothers are way older than me; they’re married, and they have a kid each. My parents are also at an older age than normal. I think that’s what makes me really attached to them because they’re all in further stages of life. I’m still growing up, so I want to spend as much time with them as possible.”

When asked if being a first-generation student is difficult, while agreeing, Nicole is still able to think of others and the hardships that all humans face, even further demonstrating her kind heart and gentle nature.

“[Being the first generation] is definitely hard,” Nicole said. “Not just for me, but for everyone who is not just living in a new setting but going through experiences in general. The oldest kid or the first to go through university, it’s always going to be tough to go through things. But then the best part is that eventually, you can do it; I think that’s rewarding.”

In addition to her familial bonds, Nicole says that her close friends, seniors Yashmeet Kaur, Katie Willemin, and Akansha Das, have also contributed to her growth as a person.

“They have all affected me in their own ways,” Nicole said. “They’ve been my three closest friends for a while. We’ve gone through different phases in our relationships, and it’s really amazing how we’ve all developed our relationships the way that we have.”

In general, Nicole is able to take hardships and discrepancies and find compassion and growth.

“Discovering similarities and differences between [people] is something that helps me grow as a person and inspires me to do and try new things,” Nicole said. “Anyone around me [inspires me] because there’s always one thing in people that can help you grow.”