Teenage jobs-how rewarding are they? 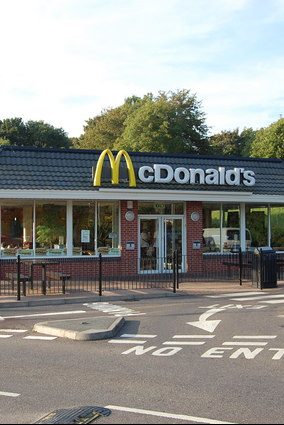 Over the summer, I was constantly nagged by my parents to find a job. I did apply to numerous businesses that ranged from restaurants to retail; however, not one of them hired me. Whether or not it was because the availability my schedule had to offer did not meet their standards, or I applied online instead of in-store, I don’t know. But, I submitted roughly ten applications and was contacted for an interview from only one. My search for a job only led me to frustration and even more negative feelings towards the idea of getting a job at all.

It seems to me like I know more people who have a job than don’t; therefore, I don’t know how many high schoolers have experienced a situation similar to mine. And this is unfortunate for me because a fair amount of my classmates have a sufficient amount of money that they can spend wherever, whenever, and I am limited to the amount of money my parents will graciously grant me for a specific event. Most teenagers have a job because their parents encourage—or force—them to have one; however, are there really any benefits besides earning money that accompany having a job as a teenager?

A post on Evolve Treatment Center’s website states that just about everyone has to work for a living, and that it is nothing but helpful to instill work ethic on children so that working does not come as a total surprise to them. It states that parents have a responsibility to ensure that once children leave the nest, they are prepared for the basis of what life has to offer them. As for the positives of maintaining a job, the website credits the development of responsibility, a greater sense of self, money-management skills, and an understanding of personal finance.

A post on the website BachelorsDegreeOnline adds to this argument by including that jobs allow teenagers to contribute to some major costs such as car payments and college tuition, and that setting aside a fraction of their paycheck towards costs such as these teaches teenagers to be responsible with their money. The article also asserts that teen employment encourages a healthy, easy transition into adulthood by providing efficient practice with independence and self-reliance. Finally, it states that holding an after-school job takes up teenagers’ free time and allows less time for them to become involved in risky activities.

An article posted on the TheNewYorkTimes websites refutes that argument by stating that research has concluded that high school students who work long hours in jobs during the school year have an increased chance at being involved in delinquency and drug use and exhibit poor academic performance. However, the article also states that teenagers who work modest hours are better off than students who are unemployed. Therefore, the article states that the sweet spot is working between 10 and 15 hours per week during the school year.

The article on Evolve Treatment Center’s website also suggests that parents and teenagers focus on how academic performance could be affected by a job and discuss and decide whether or not the teenager can handle a job while maintaining their grades. Overall, moderate, steady work proves to be the most beneficial route for teens to do work, and parents should be involved in each step of the process as well as consistently monitor the number of hours being worked.

Every teenager will react to new life experiences in their own unique ways, and the balance between school, a job, and extracurriculars should always be maintained.