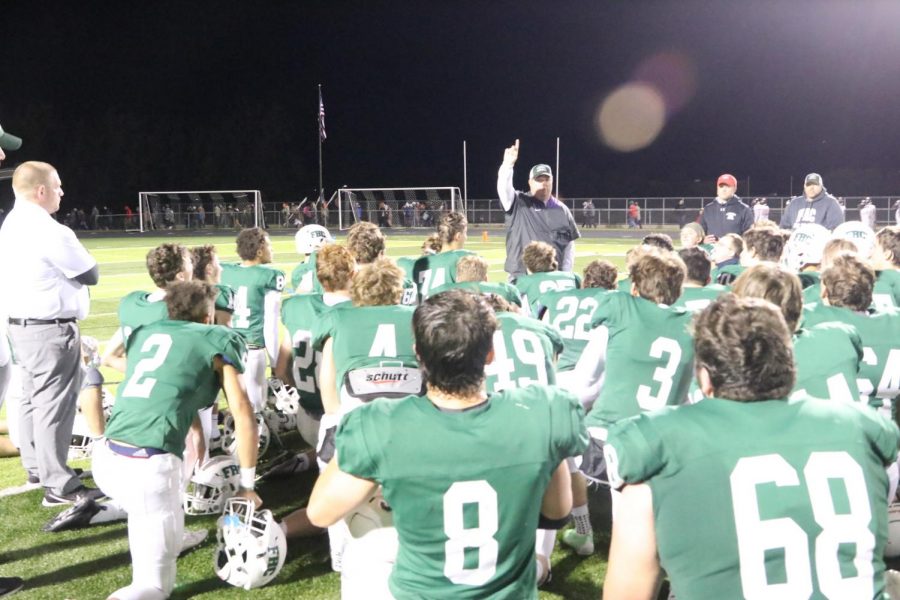 In last year’s matchup between these two teams, the varsity football team came into Week 9 needing a win; a win would put the Rangers at 5-4 with a possibility of gaining a spot in the playoffs, while a loss would effectively end the season. However, after FHC claimed a 14-7 win over Lowell in last week’s Homecoming game, the Rangers have already clinched a spot in the playoffs with their 6-2 record. Although, a win this week would further FHC’s chances of increased home games in the postseason, which is essential for a run deep into the year.

The Rangers are playing some exceptional football as of late, except for minimal outliers. Excluding the losses against Grandville and Cedar Springs, the FHC defense has given up no more than one touchdown from the opposing team’s offense in each game. The starting defensive line of seniors Brandon Weiskopf and Wyatt Engler, sophomores Will Richardson and Carter Kelly, and junior Mason Wiltz has been exceptional, stuffing the run and minimizing holes for the ball carrier to get through.

On the offensive side of things, head coach Tim Rogers still has some frustrations.

“We have to get our offense rolling again before the playoffs,” Rogers said. “If you want to win playoff games, you have to have a balance on offense and defense.” This week will be a bit of a test run ahead of the postseason, with the coaching staff and players alike looking to improve on past offensive performances.

Greenville hasn’t presented much pressure to its opponents this year, going 1-7 so far ahead of the last game of the year. Northview—whom the Rangers defeated quite handily earlier in the season—dominated the Yellow Jackets from the beginning, as Greenville fell 45-14 to the Wildcats. Similarly, Greenville also fell to Lowell by a landslide, this time 40-0. However, the Yellow Jackets have picked up some steam as of late, only falling to Forest Hills Northern by a narrow 36-28 deficit.

Before the rise-and-grind of the postseason kicks off in just over a week, the offensive side of the ball does need to pick up some momentum. A matchup with Greenville—who has given up mass amounts of points to similar opponents—provides a favorable opportunity for senior Jimmy Scholler and co. to impress.