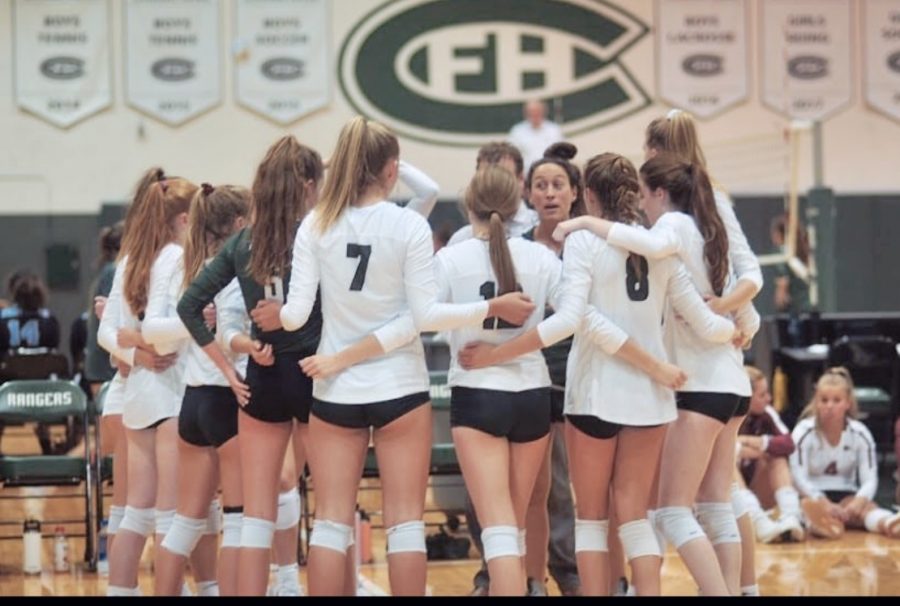 Last week, the Rangers varsity volleyball team took on the Cedar Springs Red Hawks in one of their final OK White conference games. The Rangers had taken on the Red Hawks previously this season and walked away with a victory; once again, they defeated them in three sets.

Some stand-out players for the Rangers were junior Julia Bouma, senior Lauren Schofield, and junior Morghan Tilton. Julia managed to take ten digs for the night in the libero position and was a huge help on the defensive side of the game. Lauren also had an impressive seven digs for the night, seven kills, and also had ten serve returns. Lastly, Morghan had a stellar 31 assists which largely led to the Rangers win.

The Rangers’ season is coming to a close, but they still have two more weeks to finish off the season.