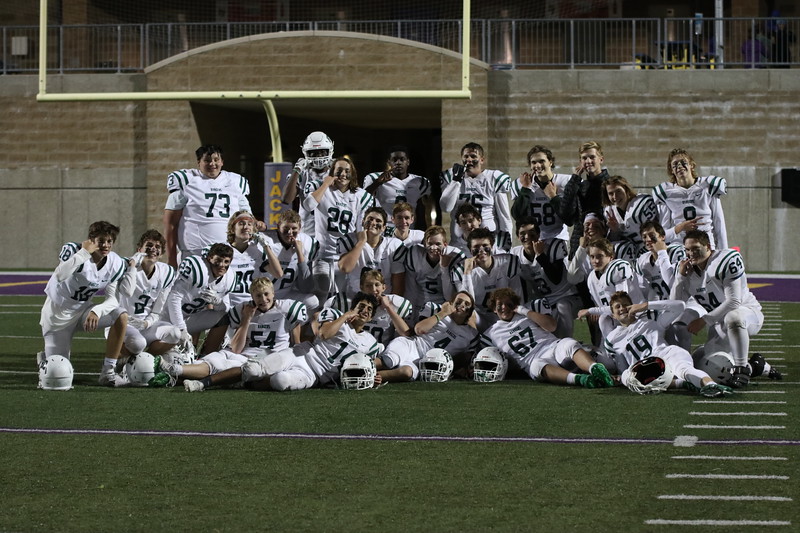 The boys JV football team had a very peculiar match up last night against Traverse City Central. This game was played at Greenville high school, and ended with a 24-13 Rangers victory.

The game started off with a Luke Gustafson kickoff to the Trojans. They, however, were instantly forced to convert on third down, but the ball carrier was taken down by a pack of Rangers. This would be a common trend for the remainder of the game, and allowed FHC to take this victory.

The first half was riddled with mistakes on offense for the Rangers. Freshman Levi McKenzie was pulled up for this final game, and took the starting position at quarterback. He played a decent game, and allowed for his fellow freshman running back Rowan Clay to gain a few yards. The defense for the Rangers, however, couldn’t stop the Trojans as they would go up 7-0 early.

Fortunately for the Rangers, the first half ended with a very long but successful drive, and was capped off with a 5-yard rushing touchdown from Rowan.

The Rangers left the first half with a majority of the energy; therefore, the second half went in their favor. Following yet another defensive stop for the Rangers, was a 30-yard rushing touchdown from sophomore Conner Milton. To end the game, Rowan ran the ball in to solidify the game 24-13.

The Rangers would finish with 309 total yards, and would cap off their season with a big win.