The Lumineers’ album III is a haunting, poignant masterpiece 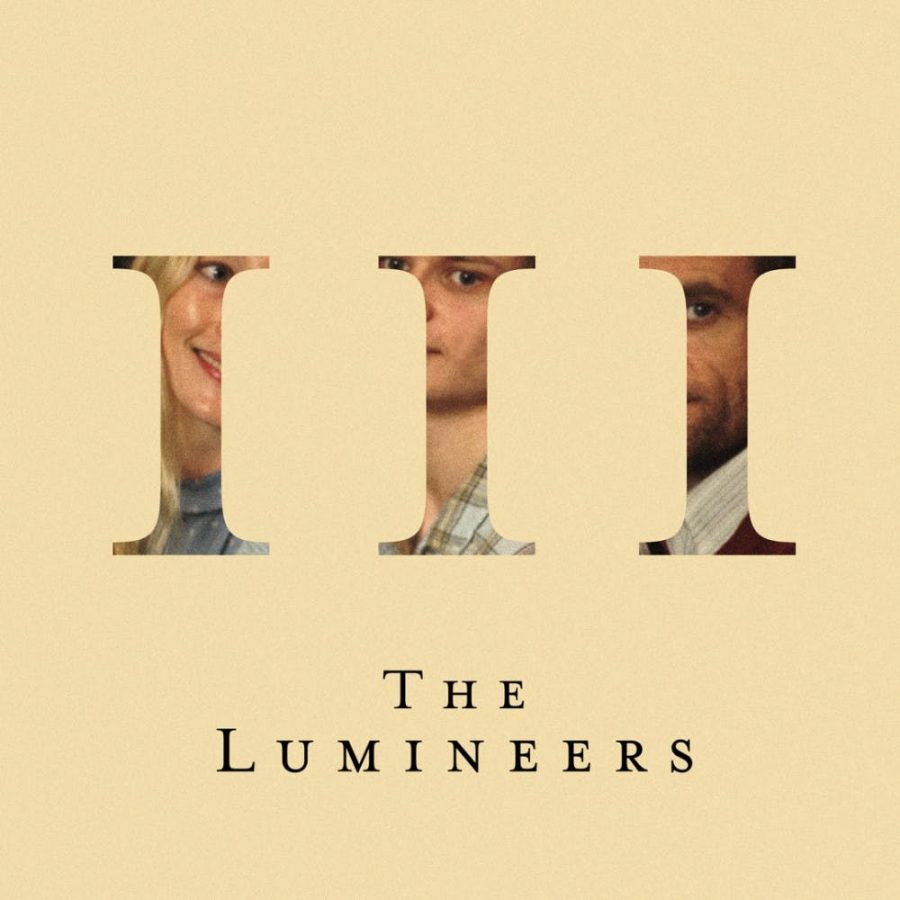 “Loving an addict is like standing among the crashing waves, trying to bend the will of the sea.”

Wesley Shultz, The Lumineers’ lead vocalist, expressed the statement above, describing a personal sentiment engendered from the close relationship he had with a family member battling with addiction. The effects of the substance abuse were cataclysmic, leaving Shultz personally afflicted by her woeful fallout.

He believes the harrowing effects of addiction are continuous, affecting not only the abuser but those who are close to him/her—similar to the butterfly effect.

This notion took form in The Lumineers’ hauntingly beautiful new album III, which documents the extended effects of substance abuse across three generations of a fictitious family—the Sparks. Inspired by Shultz’s experience, this album is narratively crafted and is divided into three parts, each part symbolizing a character from a subsequent generation.

Considering the inspiration and context of the album, III considerably contrasts with the band’s tour de force “Ho Hey” and deviates from their typical upbeat and crowd-pleasing tunes. But it is nonetheless a powerful manifestation of the band’s talent, as each song is emotionally charged with anguish, heartbreak, and insensible love.

The first part of the album details the origin of addiction within the family, following the character Gloria. The three songs in their essence are an oxymoron: a distinct contradiction of elegiac lyrics with a blithe and almost joyful sound.

“Gloria,” the third song of the album, is the most familiar to the band’s acclaimed folksy sound, as heard on their first two albums. The animated instrumentals of the guitar and piano create a whimsical, lively tone. However, this optimism is ironic because the lyrics reveal Gloria’s tragic defeat. From the perspective of her child, the lyrics depict how Gloria attempts to hide her fatal dilemma, but her addiction ultimately ruins her and her relationship with her family.

The second part of the album unfolds the story of Junior Sparks, Gloria’s grandson; thus, it skips a generation, simultaneously elucidating the long-term effects of Gloria’s addiction and foreshadowing the life of Gloria’s son, Jimmy.

The tone of the second part transitions into a sophisticated lamentation. The vocals are subdued, hazily blending into the low-toned instrumentals, and this somber sound emphasizes the grim situation of Junior’s family.

The theme of the album is best deduced in “Leader of the Landslide,” which is a two-part cataclysm describing Junior’s strained relationship with his alcoholic father. The first half is eerie and solemn, and it explains Junior’s attempt to love someone with a destructive addiction. The lyrics are similarly poignant and heartbreaking: “Fate has dealt me a lonely blow/ I said, ooh/ Tried to help, but only hurt/ In the end, I made it worse.”

However, halfway through the song, the pace quickens like there is a sense of urgency and a lack of patience. This signifies how Junior reaches a breaking point, unable to cope with his father’s addiction. As the title of the song says, Junior sees alcoholism as a “landslide” and a destructive force and his father as the cause of it, and this ultimately reveals the victimization of Junior.

The existential attitude moves in full force in the third part, which follows the second generation of the Sparks family, specifically Gloria’s son Jimmy. In the four songs that compose this part, there is a strong sense of anguish in both its sound and lyrics.

The third part is the most powerful section of the album. Its songs are weighted with candid, bold emotion that has a paralyzing effect, causing you to stop and allow the songs to envelop you in a blanket of rich desperation. Every lyric, every guitar strum, and every pause of silence feel deliberate and add to the potency of the album.

“My Cell” has a sense of hopelessness, effectively conveying Jimmy’s abandonment from Gloria. As the song ends with the repetition of the phrase “all alone,” it stresses Jimmy’s desperation and ominously leads into the other three songs.

Tying up the Sparks’ story is “Salt and the Sea,” which does not allow for a happy, hopeful ending. Rather, there is a dark tenseness running through the song, and the detached and defeated tone is cathartic, contriving a feeling of sympathy from the audience. It ends the Sparks’ story in an emotional torrent, leaving you to dwell in their overwhelming desolation.

As an addition, the band added three bonus tracks to the end of the album, and although they do not connect to the context of the Sparks’ story, the mood is strikingly similar. It ultimately acts as a calm, beautiful end to the album, creating a feeling of completion.

And this culmination is one that wraps up a story that is both haunting and beautiful. A story with incredible forethought and depth. A story that is a testament to The Lumineers’ passionate efforts.