Rylie Beatty is humbled through every trip to Haiti 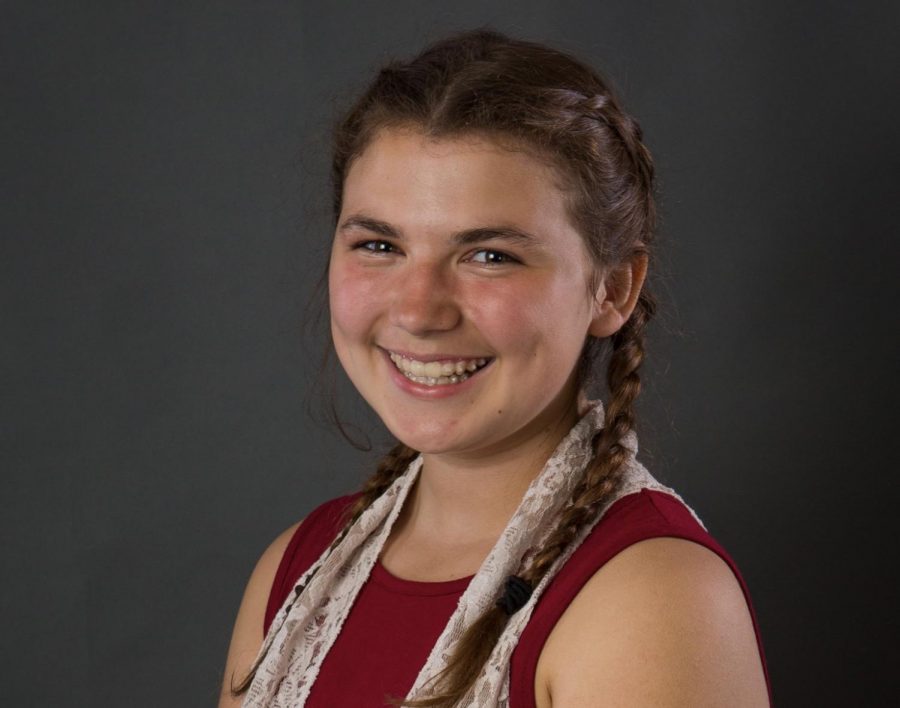 Sophomore Rylie Beatty’s first twenty-four hours in Haiti were a tad overwhelming, to say the least.

It began with a jam-packed flight filled with the chatter of an unfamiliar language. It proceeded to involve a moment of involuntary sickness on the landing pad. It included a sweltering two-hour trip in a tap-tap—a colorful Haitian taxi. And then Rylie was sharing space on a boat with a couple of caskets.

“It was like this big pirate ship boat,” Rylie said, “and there were a lot of Haitians on it and then us. And in the top of the boat, there were two caskets. I don’t know if they were filled or not—I’m really hoping they weren’t filled. But if they were, I didn’t see anything. It was just two closed caskets.”

Anxiety and excitement caused a number of consecutive moments of sickness that day, and when Rylie’s head hit the pillow that night, she wasn’t sure how to feel about her initial exposure to Haiti. Her mother’s reassurance that this was a good experience for her wasn’t entirely convincing, but she found her stride.

Rylie’s first day was an outlier; the rest of the trip proved to be infinitely better. With only a bit of hesitation, she agreed to go with her mother again the next year, the summer before seventh grade.

The summer before her sophomore year marked Rylie’s third trip to Haiti. Through each of these excursions, Rylie has been able to unearth a passion of hers that has been lingering under the surface all along: working with kids.

“I just like the way kids interact with you,” Rylie said. “They’re blunt, and they’ll just say how it is, [while] older people will try to say what will help you and your feelings. And I just like kids—I’ve always liked kids.”

Rylie has spent her life surrounded by an extensive web of family members, many of which include young children. Her passion was planted within the safety of her own garden—her own home. But as she has been given the space to grow, specifically through her trips to Haiti, this passion has blossomed and flourished.

Living close to her eight, soon to be nine, nieces and nephews, Rylie has forged inspiring bonds with them.

“I really like [my family] living close,” Rylie said, “because I can just go over there for an hour or so and be able to spend some good time with them. And I really like having my nieces and nephews close because I can grow a really good relationship with them; they’re basically like my siblings.”

But the time spent with children in Haiti has given Rylie a point of view she couldn’t have obtained here in Grand Rapids. The stark contrast between the massive Miami airport and the considerably smaller Port-au-Prince airport in Haiti was cause enough for a bit of a culture shock, but further encounters with the kids intensified the feelings.

“There [are] kids [who are] not healthy,” Rylie said, “and you can tell that they’re malnourished, so it’s a very sad experience. But it makes me happy that I’m at least making them happy. They’ll immediately grab onto your hand and just hold on to you for the rest of the day until you have to leave. And [I feel like], ‘Oh, I could possibly be special to this person.'”

In these aspects, Rylie looks to her mother—a teacher—as an example. These trips to Haiti occur so that she can assist with teacher-training, and the ease with which she does so has inspired Rylie to find her own purpose.

Not only has Rylie considered being a teacher, but she’s also followed this inspiration to discover her place in Haiti.

“I see my mom working with the teachers, and I’m like, ‘Oh that’s really cool, she’s helping people. I want to be able to help people one day,’” Rylie said. “I think seeing her being able to work with teachers just so easily and fluently—she can just go right in and be like, ‘Okay, this is what we’re talking about.’ And she can shape anything into the way they need to think about it. She’s kind of like a role model in that sense.”

Within this intermingling web of worlds, passions, perspectives, and growth, Rylie has found her skill sets being pushed to their max and strung across many aspects of her life. Stepping outside of her comfort zone has become second nature, even if it may never reach the status of “easy”.

The skills Rylie has acquired in the routine of daily life have become applicable in her many adventures. And her love of humans—with a particular affinity for children—remains a core aspect of her personality. Every bond she has formed and nurtured has played a unique role in the friendly and kind person she has become.

“My favorite thing [about Haiti] is probably the people,” Rylie said. “Everybody is incredibly nice, and they’re happy you’re here because they know you’re here to help. But I don’t really think of myself as helping; I just like making friends.”