With Mitchell Trubisky’s recent struggles, could we see a new quarterback for the Chicago Bears soon? 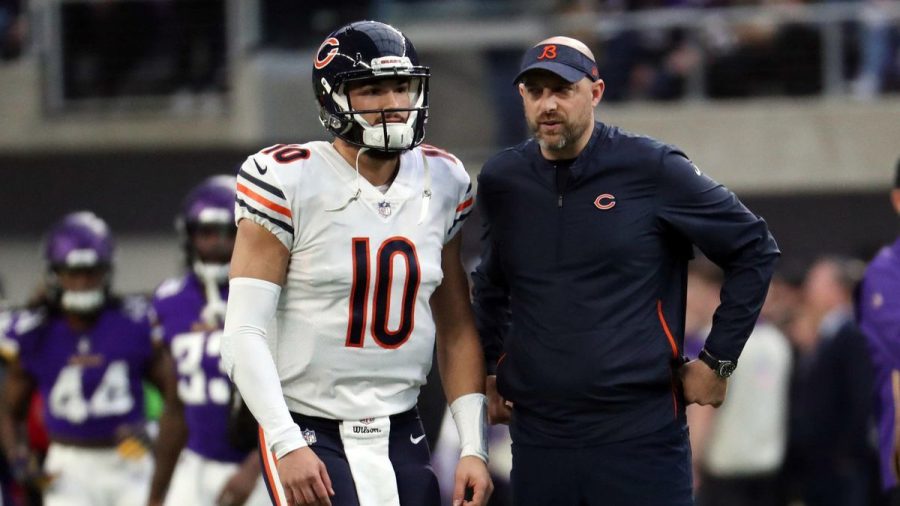 The Chicago Bears have always been notorious for having a below-average quarterback that holds down their entire team from making a deep playoff run. But this situation they have going on right now is particularly more annoying for Bears fans than it has been in the past. This is partially due to having a generational defense with playmakers such as Khalil Mack, Roquan Smith, and Eddie Jackson all on the same side of the ball.

In his third year starting, Trubisky has shown very little improvement throughout his career, and many Bears fans, including myself, have given up as the former Tar Heel as their “Franchise Quarterback”. It might just be the time for GM Ryan Pace to explore new options for a new starting quarterback in Chicago.

First off, let me start off by saying this. I believe the Bears made a mistake from the get-go by drafting Mitchell in the first place. Trubisky played a grand total of 13 college games, while superstars Patrick Mahomes and DeShaun Watson played over 30. Since the Bears didn’t draft either of them, here are a couple of options to replace Trubisky before next season.

Cam Newton: Cam to the Bears has been a popular rumor going around ever since the Bears lackluster performance against the Saints two weeks ago. The Panthers benched Newton after a nightmare performance against the Buccaneers, and backup Kyle Allen has been performing very well in Cam’s absence. Newton is more mobile and arguably more accurate than Trubisky, so it would be an automatic upgrade for the Bears.

Nick Foles: After defeating the Bears last year in the NFC Wild Card Round, Foles just might be the man the Bears need to start at QB. After getting injured his first season as the starter for the Jaguars, Gardner Minshew has taken over and shown that he is capable of being an NFL starting quarterback. The seasoned veteran in Foles, in my opinion, would be a great fit for the Bears. Matt Nagy and Doug Pederson’s offenses are very similar, so it would be a very easy transition to the Bears. Surrounded by great playmakers on the offensive end, Foles to Chicago could be a move that sees a huge improvement in the Bears’ offense.

Tom Brady: This would be a dream scenario for all Bears fans. And it’s not totally out of the picture. If Brady wins yet another Super Bowl Ring, we could very well see him leave New England and try to prove that he is not just a system quarterback. I believe Chicago would be the perfect place for him because I can’t think of another team in the NFL that has so many playmakers not only on offense but on defense as well. The quarterback position is the only position in need for the Bears and their Super Bowl chances, and Brady would be the perfect replacement.

Draft a QB: The Bears own a second and third round pack in this upcoming draft. Obviously, guys like Tua Tagovailoa and Justin Herbert will be off the table, but maybe guys like Jake Fromm, Sam Ehlinger, and Jalen Hurts would fall and the Bears could take them with one of their picks. All three guys can extend plays like Mitch, but the main difference is that they can all throw the deep ball, something that we haven’t seen a lot out of Mitch. It might just be time to start over and find a young new quarterback.

With the remaining gauntlet ahead for the Bears, I believe it’s going to be quite the challenge to win some big games. Ryan Pace and the front office will likely search for a new quarterback if the Bears don’t turn things around going forward. Therefore, Foles makes the most sense to me because of the easy transition from Pederson’s offense to Nagy’s, both coming from the great offensive mind in Andy Reid. I think what the Bears have been missing for years is an accurate thrower, and Foles is known for his accuracy especially in big moments. This would be a great fit for the Bears and Chicago would welcome the former Super Bowl MVP with open arms.