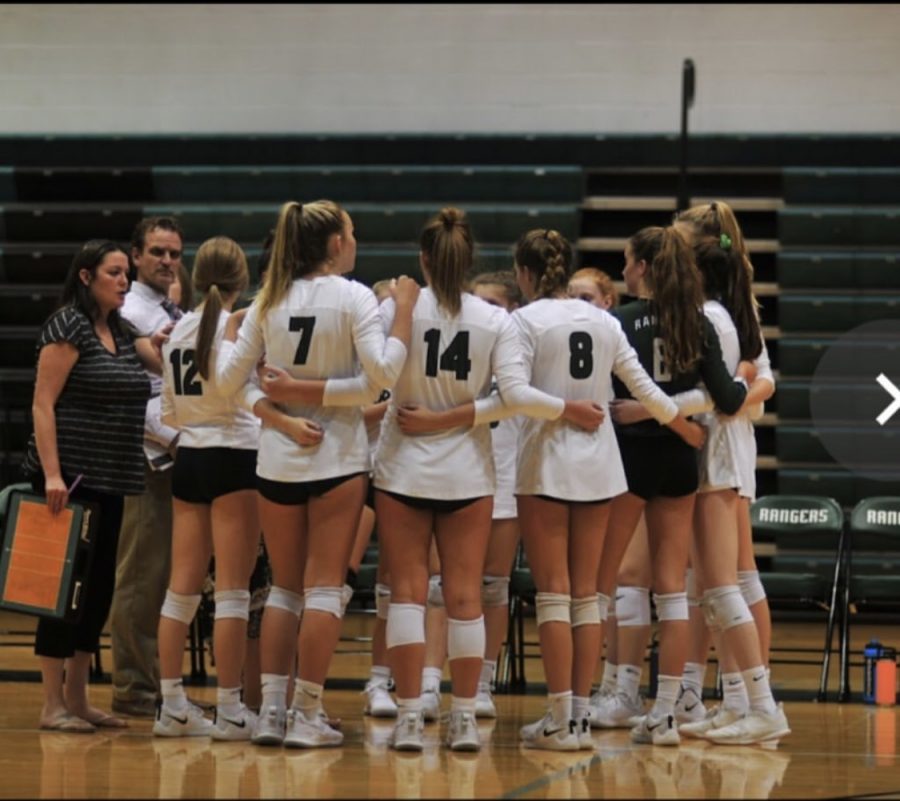 This past Tuesday, the Rangers took on the Ottawa Hills Bengals in their last regular-season game of the season. The Rangers walked away having defeated the Bengals in the first three sets and allowed FHC to finish second in the OK White conference behind the Lowell Red Arrows.

Not only was this the game that concluded their season, but it was also Senior Night for the Rangers. They graduated three seniors, all of whom made a significant impact on their season.

“The seniors have been crucial components to our team this season,” head coach Dayle Woods said. “They have been leaders on and off the court and definitely set an awesome example for their underclassmen.”

The Rangers won the first set easily with a score of 25-5. Junior setter Morghan Tilton had a stellar first set, racking up ten assists in the first set.

As the second set commenced, the Rangers came out with the same intensity as in the previous set, destroying the Bengals with a score of 25-8. Junior Katie Costello had a very impressive second set with four serves and two assists. Alongside her was junior Julia Bouma, who also had a dig and several serve returns in the second set.

“I think our team played really well tonight and really came together,” Morghan said. “I feel very confident heading into districts this year.”

Senior Rachel Nicolson had a very impressive performance as a libero, not only in the third set, but throughout the entire game; she had two digs and received multiple serves for the Rangers, along with having nine serves for herself and five aces.

“I think Rachel had a huge impact as a libero tonight,” Morghan said. “The whole team fed off her energy throughout the entire match.”

The Rangers finished their regular season sitting in second place in the conference with a record of 10-2. They will be taking on the Greenville Yellow Jackets in the first round of districts on Monday, November 4. The game will be played in the Rangers’ home gym, and the game will begin at 6:00 pm.

“The whole coaching staff is very confident in the abilities of our team,” Woods said. “If we play our game and have a relentless mentality, we will be successful.”