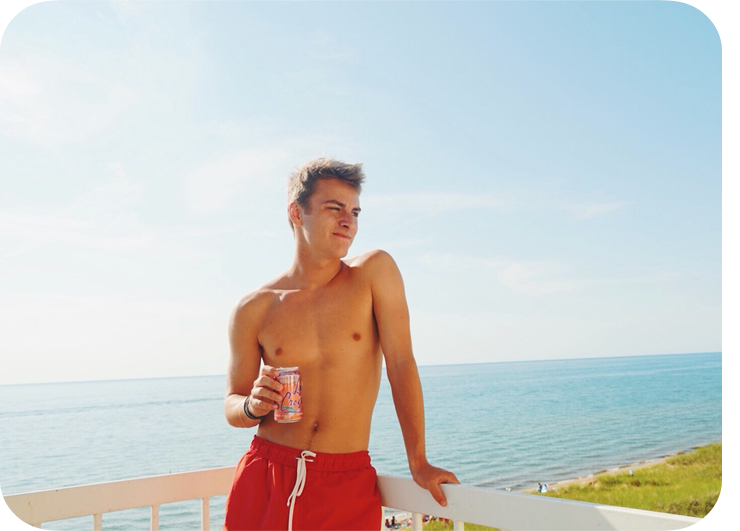 Alex Bunting discovers film could be more than just a hobby for him.

After sophomore year Media Comm, a passion for filming was sparked into the daily life of senior Alex Bunting. Now, you can find Alex pretty much anywhere with a camera by his side, filming the lives of the students of FHC.

His journey of filming began with the encouragement of a close family friend.

“[FX and Media Comm teacher Jeff] Manders has been a family friend for a long time, so he introduced me to filming and also convinced me to take his class,” Alex said. “Then I took FX as a junior and looked up to all of the seniors in the class.”

Without the motivation of Manders as a teacher, Alex could’ve never found his possible calling of film.

While he continued to follow his newly found interest, Alex continued to learn and grow as a filmer in his classes.

“I was not as confident as I am now with filming and editing when I first started,” Alex said. “Last year it was tough for me to get ahold of the keyboard to edit some videos. This year is very different; I have a lot more freedom with how I film stories.”

These film classes also provided Alex with the outlet he needs to express his passion for the study.

“I think FX is a great outlet to express mine and others passions,” Alex said. “It’s really the only class where I get to express myself in a project-based way. All of my creativity comes out there.”

Not only did Alex’s classes help him grow as a filmmaker, but also his personal motivation to get involved in the film world and the steps he took to achieve that goal.

“I started to learn more about film when I got my camera that I film with now,” Alex said. “Plus, I got an editing software on my laptop which helped me learn a lot of new things, especially on my own. It just takes time to get good at these types of things.”

Before taking the introduction class of Media Comm, Alex would’ve never known that filming could potentially be something he does with his life. But now, after more than half his high school career focused on filming, he finds the possibility of continuing film after graduating very prominent.

“I do think that film could be incorporated into my life as a career,” Alex said. “I believe that I would enjoy anything from being on a broadcasting team to helping make a big-time movie.”

His next step into a career in the film world includes pursuing the study in college. He discovered a pathway that flares fascination within him, and he plans on continuing to follow this path and see where it takes him.

One of the reasons that Alex enjoys filming so much is the personal things it has brought him.

“Through filming, I’ve learned how to get my voice out there, along with better time management,” Alex said. “[Film] has also introduced a way to increase my self-confidence while creating a video.”

Alex is able to grow as a filmmaker and as a person while he continues to pursue the field. He not only gains enjoyment from filming, but also pieces of his personality which he hadn’t known before.

He is starting to learn more about what makes filming so intriguing to him, and what his goals are when he is actually developing a film.

“I enjoy filming because there are so many unique ways to express thoughts and feelings throughout a project,” Alex said. “Whether it’s the angle you use or the audio that’s playing, creativity is what attracts me.”

Along with the creativity of it all, Alex also loves the reward that filming brings. To him, there is nothing more rewarding than watching people watch something he made.

“Filming has taught me to enjoy pleasing others through the things that I make,” Alex said. “The best thing is when someone watches and pays attention to your video. I’ve never said no to anyone who has asked about a video that they want done.”

Along with this reward comes the goal to create something that people want to watch. One of the most important goals Alex has when filming is to intrigue his viewers, turning basic things into something new.

“My big goal in filming is to capture a message and make sure that the viewers can obtain that message in a creative and interesting way,” Alex said. “You take simple things and turn them into something compelling.”

His ability to capture a message and share it with a crowd in an alluring way is, in fact, being tested this year as he begins to develop one of the biggest, and most important, videos in high school: the senior video.

Although it is an extremely arduous project, Alex knows it will be worth all of the hard work in the end. And, it is a perfect opportunity for him to grow immensely as a filmer, especially with the help of another student who is taking part in the project. There are ups and downs to making the senior video, but it is a task Alex is happy to take on.

“The best part of making the senior video is being able to represent my class while making a recap video on all of the great moments of our last year here,” Alex said. “The worst thing about the senior video is the amount of work it entails. Organization is key when gathering all of the clips. Another tough part is coming up with a creative way to put the video together that’s different from last year. But the process is fun and I’m excited to see the outcome.”

The senior video will push Alex as a filmer, forcing him to learn new things and grow. And when the time comes for it to air, there will be no one as excited as Alex to see how all of his work has paid off.

Alex is only just beginning this lifestyle of film, but he has a bright and broad future ahead with big goals. Who knows where this path will take him, but he can’t wait to find out. He’s found something he has a passion for doing, and he plans on holding onto that passion.

“There’s a million different ways to film the most simple of things,” Alex said. “[Film] opens up a whole new world of creation.”