I will keep this nursery rhyme sacred forever 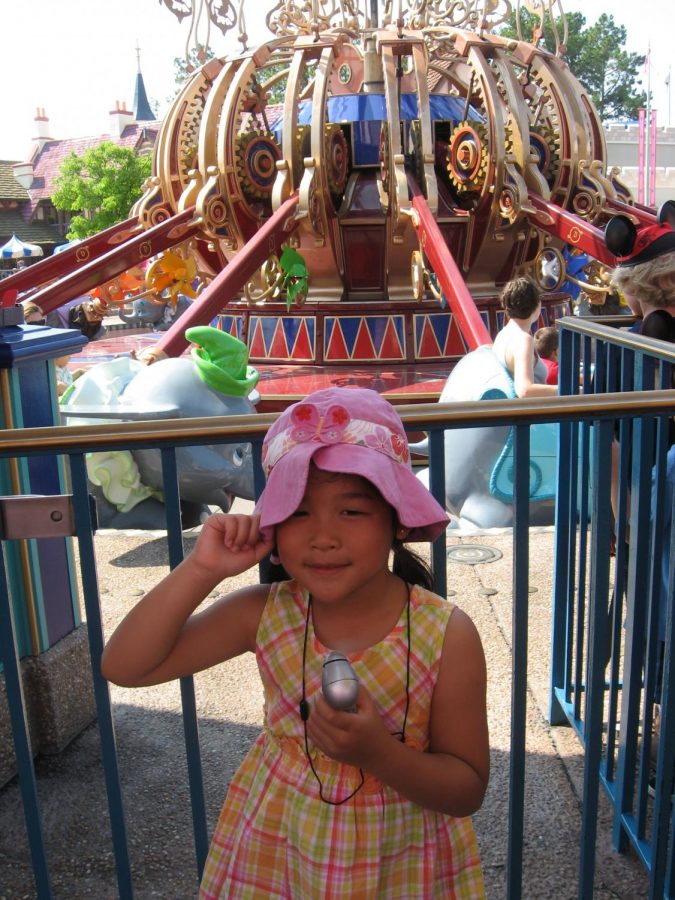 How long has it been since you sang me a nursery rhyme, Mom?

Although it’s been years, the scene remains strikingly intact.

You would be sitting at your desk, drinking one of your several daily cups of coffee as if it were life itself. You always loved the bitterly rich brew. From a plain decaf to a frothy cappuccino, a cup of it would usually be found within a few feet of  you.

My high energy levels were as constant to me as coffee was to you, and at any hour of the day, I would come rushing towards your unsuspecting silhouette and tug on your sleeve to ask you to sing for me.

At first, you would meet me with rejection. I was always getting a bit too heavy, apparently.

Of course, I never accepted this. I would muster up my strength and try to get you from behind, even though the top of my head barely made it past four feet.

Asking would turn to begging, and you would give in, swiveling around in your Ikea chair and answering me with a smile, extraordinarily incandescent.

You would always smile with your teeth when you were with me, even though you were self-conscious of the one crooked tooth that stood out from the rest. Your eyes would crinkle at the sides, the small lines blending in with the bigger ones that proudly displayed every ounce of hard work that you hid from me.

Climbing up onto your lap, I would match your smile with my own and ask once again for a nursery rhyme. You would agree—I could always rely on being successful at some point or another.

You would bounce me up and down as the words ran rhythmically through the air, and my laughs would fly back just as quickly. The lines would speed by faster than I would ever be prepared for, and the nursery rhyme would be over.

How is it that after all these years, I remember so vividly how you would sing nursery rhymes to me?

The warmth of the thought still hasn’t left me, even though both you and the nursery rhymes are nowhere to be found.

I loved—love—one in particular, but I no longer remember how to sing it.

The way you used to sing it to me is vibrant in my mind, the vision crisp and bright like a chilly autumn afternoon, but the words themselves are conspicuous in their absence.

I try and I try, but on my own, I can’t recite this nursery rhyme.

Still, I’m positive that upon hearing it, I would recognize it immediately.

It wouldn’t be hard to find, either; it’s probably a classic for Thai children. A single text to my aunt or a five-second Google search would bring it all flooding back.

But I don’t want to hear it if you’re not the one singing it to me.

Not to state the obvious, but in the 12 years you were with me, you created moments and experiences that I would only ever want to live through with you. When I lost you, the holes appeared rapidly and suddenly, one after another.

Years later, the holes don’t appear anymore. Most of them have been filled, the edges blending in seamlessly.

Someone else sleeps in the right side of the hotel bed. Someone else drives me to Patterson Ice Center early in the summer mornings. Someone else stays up with me when I’m ridden with jet-lag, the melatonin yet to kick in.

At first, I was quick to fill these voids, desperate to regain my balance, but as the vacancies are filled up by other people, your spirit fades away. No matter what I do, most of these rifts will close as I grow older, in motions dictated by the ways of life.

But there’s one crater that has  remained—and will always remain—just as you left it.

In it resides the memory of you singing that nursery rhyme to me. The image is brimming with love, the unique brilliance of mother and daughter.

After all these years, it’s still pristine; the dust rests in the pattern in which it first settled.

I don’t care how long it’s been since you sang me this nursery rhyme, Mom.

I won’t let anyone touch it.