The Politician is a darkly honest representation of teenage nature 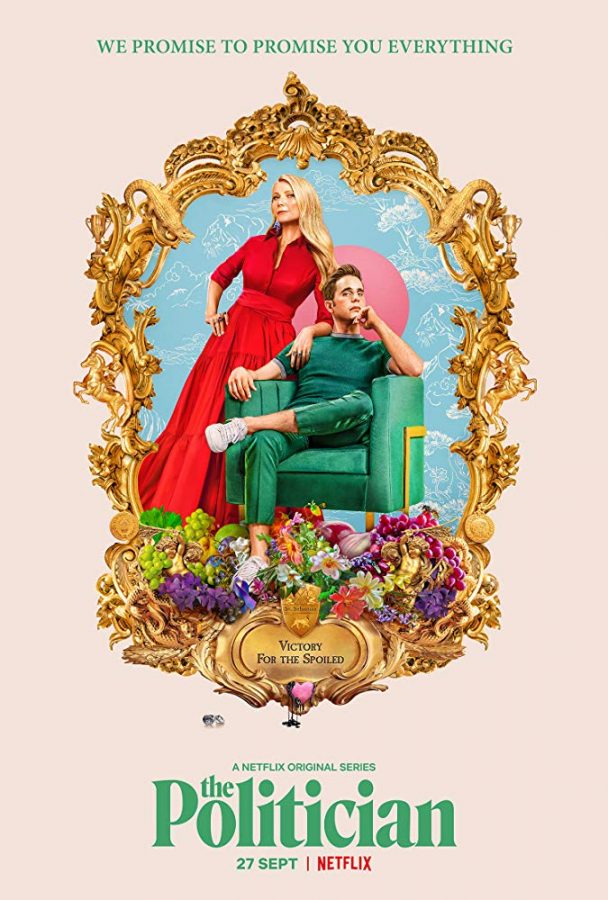 This is the estimated amount of suicide attempts in 2017 in the United States alone.

Beyond this, there are at least 123 suicides a day.

Netflix’s brand new series, The Politician tackles topics like suicide head-on. The majority of the show revolves around the suicide of a particular boy—River, played by David Corenswet.

At first, I believed River’s death to be almost cynical. I was aghast that they would choose a character such as River to be the source of the representation of the seriousness of a topic such as suicide in The Politician.

Upon first analysis, I thought River to be apathetic: a self-centered-rich-kid consumed by his own irrelevant, minuscule problems. Soon, I realized that this exact thought is precisely the stereotypical mindset that this show anticipated.

River—on the surface—is a jock; as the first episode of The Politician unfolds, a darker, hopeless side to this initially assumed and expected high-school-cultured character is revealed. One of the most advantageous qualities of this show was its varied portrayal of high school from other series on Netflix, which often tend to lean towards the same-old, sappy, romantic comedy portrayal of a teenager’s life.

As the show continues on, River’s story flourishes: his character development over the eight-episode series reveals a tortured, lonely soul, checking every box in hopes of finding relief to a seemingly endless agony.

Although I disagree with some of the ways that suicide is depicted in this show, such as Payton’s father’s attempted suicide, which was sloppily dramatized and carelessly and insensitively turned comedic, the series undeniably does a notable job of advocating for suicide prevention, and many of the forms and causes it comes in.

During the second to last episode, episode seven, many characters have emotional, life-changing revelations. Payton, played by Ben Platt, has one that is, I can only admit, one of the most accurate yet terribly honest in every sense of a human flaw imaginable.

“I am not a good person alright,” Payton said. “I try to do good things, right? I am not a good person: that is my flaw. I am ambitious. I am political. I am conniving. I was willing to help Infinity (a character from the series played by Zoey Deutch) up to the point of helping myself but no further. You don’t like those parts of me and I don’t either, but that might be what I am stuck with. So that might just be who I am.”

Payton is a character I can relate to, relentless in his pursuits yet admittedly confused as far as his emotions go. In fact, his personality is one that many can certainly align with. Characters on this show reveal some of the darkest parts of a teenager’s nature. Which is why, throughout all eight episodes, I was sitting in anticipation, suspense hanging in the air, for the dark masterpiece that is The Politician.