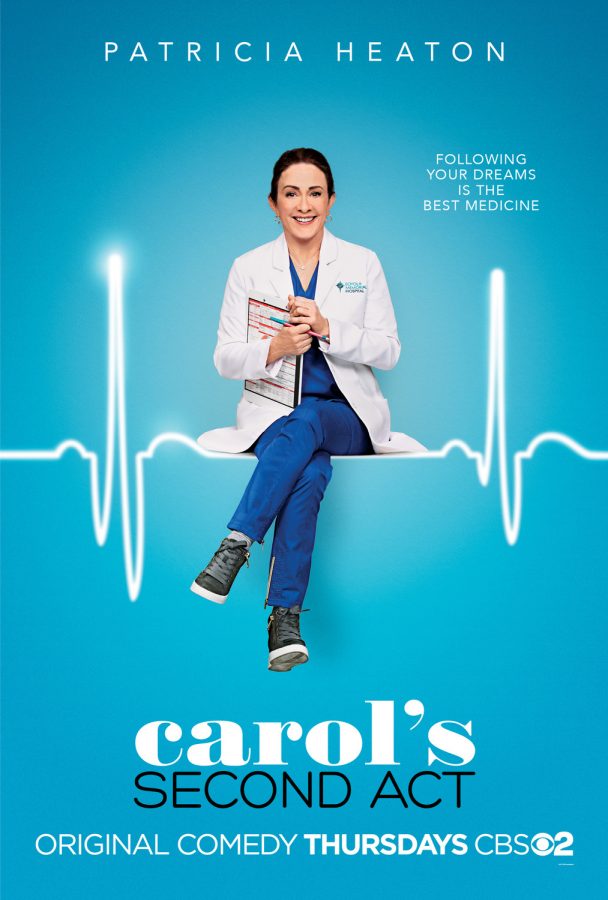 ABC’s weekly lineup is filled with a plethora of medical shows ranging from fan-favorites such as Grey’s Anatomy and General Hospital to newer establishments like The Good Doctor.

One thing that all of these medical shows have in common, though, is that they are all dramas.

The sitcom stars Patricia Heaton as Carol Kenney, a divorced, middle-aged woman starting her intern year at Loyola Memorial Hospital after quitting her former job as a teacher.

Heaton has been a long-time staple of the sitcom industry, starring in shows like Everybody Loves Raymond and The Middle. As a fan of Heaton’s other shows, I went in with high expectations for Carol’s Second Act simply because I knew what she was capable of.

It was clear to me after the first few minutes of the episode, though, that this show was not going to last.

The first episode began with Chief Resident Dr. Maya Jacobs (Ito Aghayere)—who has a reputation of being a strict perfectionist—hollering at Carol and her fellow interns. This reminded me all too well of a similar intro in Grey’s Anatomy, substituting in Maya Jacobs for Miranda Bailey.

Because of this initial response, I was left comparing the show to Grey’s Anatomy for the remainder of the episode.

That was a mistake.

With there only being so many medical stories that can be told, it can be assumed that there will be overlap between different series. The first few episodes of Carol’s Second Act mirrored those of Grey’s Anatomy but lacked the heart.

Carol and her friends are initially competing for patients right off the bat. After the interns are informed that there is a rare case coming in, Carol is assigned a regular patient with flu-like symptoms. As all the other interns find out that their “rare” patient turns out to be completely normal, Carol finds that her patient has a rare disease. She finds the cure, gaining the respect of her superiors. Sound familiar? I thought so too.

In a world with TV and movie streaming networks such as Netflix and Hulu, the number of people that are willing to watch shows on mainstream television and tolerate commercials is dwindling. That being said, the television field is even more competitive. Carol’s Second Act simply feels like there is something missing, preventing it from earning that top slot.

Carol’s Second Act wasn’t entirely bad, though. The cast of the interns has potential. Carol is joined by Dr. Caleb Sommers (Lucas Neff), Dr. Daniel Kutcher (Jean-Luc Bilodeau), and Dr. Lexie Gilani (Sabrina Jalees). Just after the first few episodes, it is apparent that they will be great sitcom actors but not on this show. Carol’s Second Act holds promising actors, but the awkwardness and lack of originality of the plot mixed with the formulaic insertion of a “funny” joke every couple lines leaves the show feeling disconnected and rushed.

Carol’s Second Act is a perfect example of what modern comedies look like. They simply do not live up to their sitcom predecessors. Is it because of the mix of serious medical topics with comedy? Or, is it the typical sitcom formula beginning to fail?

There were humorous moments, but it made the seriousness of the medical part of the show seem unrealistic. While it is arguable that the romances and flashy surgeries of Grey’s Anatomy are unrealistic, it still holds a more ominous and serious tone when presenting health-related complications instead of dealing with them solely in a comedic light.

But for some unknown reason, I can’t stop watching Carol’s Second Act. Although it is barely comparable to other shows, I want to see more. It is similar to a car crash. Whenever you drive by, even though you don’t want to, you can’t look away. I can’t say I’m enjoying the show, but something keeps bringing me back to it. I keep returning to see how 50-year-old Carol is managing her new life as a young doctor.

If you’re looking for a compelling medical drama that is going to keep you glued to your seat, I’d try one more like Grey’s Anatomy. But, if you want a lighthearted show that isn’t too medically realistic and may make you laugh, Carol’s Second Act could be worth a try.