There’s a burden and blessing to simply being 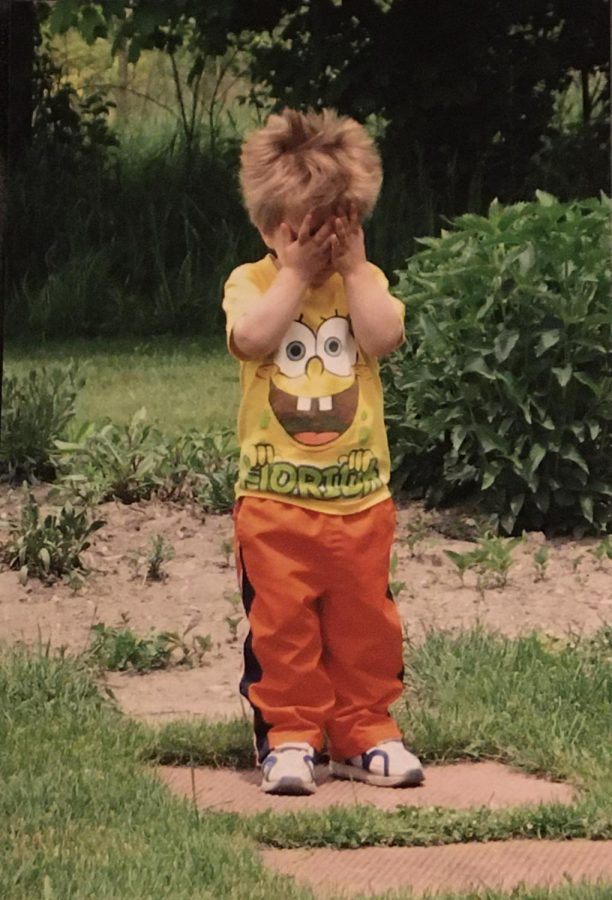 There’s nothing quite as beautiful as being painfully different. There’s a hidden satisfaction in failing to mold. There’s something sweet in being able to look back at myself and smile when I’m old.

It was no secret I was always just a little off when I was younger. There’s always been and always will be a curvature to my conscience that draws me out of line. It’s there when I open my mouth to speak. It’s laced into my shoes and tucked behind my ear. It’s not just one part of me; it’s everything.

It’s me cuddled in my oldest sister’s arms watching America’s Next Top Model and Project Runway. It’s me with a collection of two-hundred-thirty-one stuffed animals. It’s me wearing dresses made of towels meticulously tied to my tiny body by my dad’s expert hands. It’s me in blue, plastic, Cinderella heels. It’s me every hour of every day.

I can be myself and be happy. I can smile without having to fake it. I can walk with my head held high. I can eat. I can drink. I can breathe. I can love.

I can do and I can be because who I am is not all I am.

This is not a change but rather a twinkle turned to a thought turned to a thing turned to a trait. It’s bold to say my life will change because of it; although it might. Life, in its essence, is just a continuously altered form of stagnancy. I am who I’ve always been, and I am who I’ll always be.

As much as it is all of me, it’s nothing at the same time. It’s not integral to inhaling nor essential to exhaling, yet I’m berated just for breathing. I can wake without worrying about it and sleep without studying it, but destruction is wished upon me just for dreaming. This comes as no shock because anyone can turn one thing into the only thing. Nothing can become everything.

It’s the topic of conversation when I open my windows to whisper with the midnight air. It’s a secret that the moon promises to keep as it dries my tears. It’s what I scream at the stars and how I curse the constellations. It’s the way I bear my true colors to the inky silence of the night sky.

It’s what the sun finally found out today.

The sun will find something new tomorrow, though, and the waves will wash away my wishes in the sand. This one snowflake on the mountaintop won’t cause an avalanche. This one skipping stone won’t spark a tsunami. The seasons will continue to change, and I’ll change with them.

My blood doesn’t flow backward; I’m no different than you are. My cerebellum isn’t severed, and my heart isn’t harmed. I refuse to bar myself to bitterness and isolate myself to invisibility when I deserve to exist, live, and be just as much as you do.

My mistakes may merit mentioning, but my promises procure praise. There’s something to me as there’s something to you. My thing isn’t yours, but your thing isn’t mine either. Who’s to say what’s more different when there’s nothing that’s even the same. No one represents everyone, so why should I have to be the one.

The decorum is not my duty, but my dignity is. I’ll continue to be the way I was before: the way I’ve always been. I’ll see myself the same as yesterday and the same as I will tomorrow.

I’d as lief you do the same.