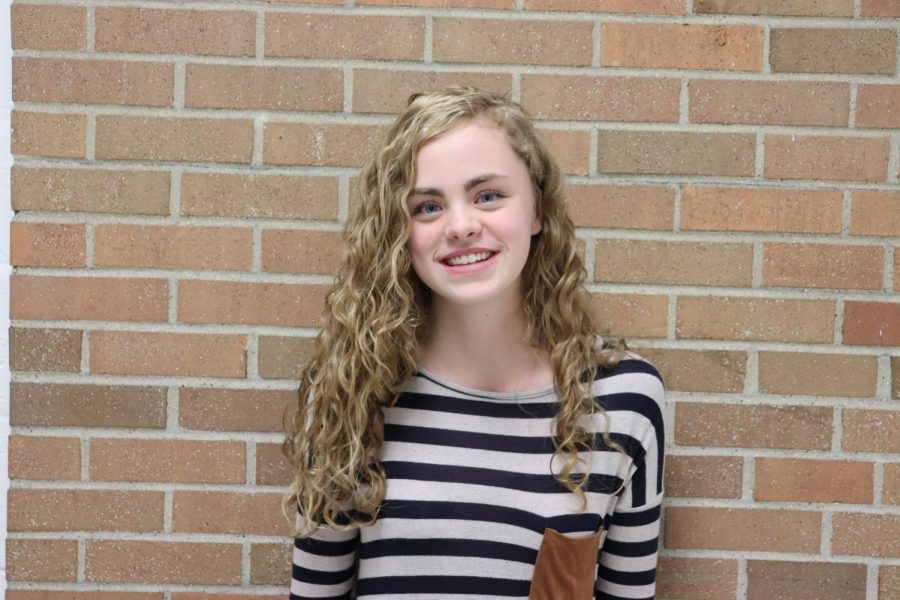 “I think it’s the expectations because of the lines you have on stage, and seeing how hard everybody else is working; you don’t want to let anyone down with forgetting lines or not saying them well enough.”

“I have 130 lines in The Crucible, and it took me a couple of weeks to memorize them all.”

“I’ll be very excited because I know how talented the other people in the cast are, and I am so excited for everyone to be able to see them and be able to be blown away by them.”

“I think I would switch roles with Aaron playing John Proctor because he gets to yell and be really, really angry, and it sounds really fun.”

“I hope I’m not exactly like my character because Elizabeth is kind of cold, so I guess I don’t want to be like her in that way. She is also pretty moral and sticks with what she believes in, so I like that about her.”

“Elizabeth is really cold, so she doesn’t really always show a lot of emotions. It is hard to reconcile not showing a lot of emotion but also showing emotion that translates to the people in the audience who are 40 feet away.”

7. How do you “get into character” before the play starts?