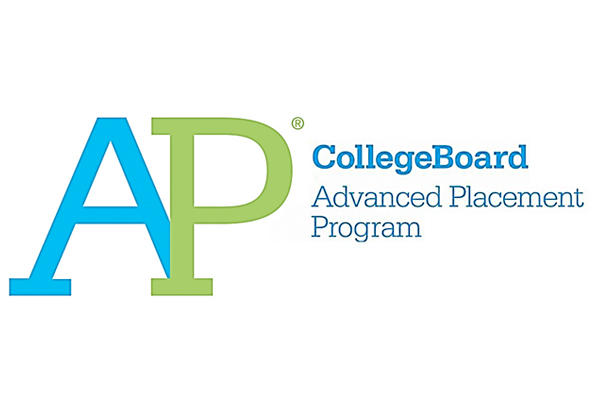 Every May, hundreds of FHC students sit down to take hundreds of AP exams. Millions of other high school students nationwide do the same.

In 2020, 430 FHC students will join the millions of others and take a total of 732 exams; sophomore Will Becker among them for the first time.

As a sophomore, Will was given the opportunity to take AP US History, a class that many underclassmen choose as their first AP course. Ready for a challenge, he took the chance.

Thrown abruptly into this notoriously difficult class, Will faces the weekly challenge of the class’s quizzes along with the task of making sure that he’s signed up and ready to take on the AP exam that takes place in May.

At first glance, none of this seems peculiar—except for the fact that the 430 students are already signed up for their exams.

Unlike Will, junior Alex Shier is not new to the AP process. Having taken the APUSH exam last year, he knows generally how all the timing goes. He knows what he needs to do to prepare for the stress and struggle that he may feel on the day of the exam.

Although Alex is an AP veteran, he finds the new registration deadline a bit unsettling.

“It hasn’t been a huge problem for me because I’m taking AP classes that I know I’m passionate about,” Alex said, “but I have had some issues in [AP Language and Composition], so I feel a little bad signing up to take the exam because I’m not sure if I’m going to be ready. It’s six months away, and a lot can happen in that time.”

While Alex may be skeptical of his decision to sign up for the AP Lang exam, he recognizes that many students sign up for an AP class with the full intent to take the AP exam. The exam may be the only portion that requires a financial commitment, but it isn’t a secret that the workload of an AP class itself can be grueling and demanding.

For those who feel obliged to take the AP exam once the class is written on their course selection form, this new registration deadline seemingly has little effect. If they’re going to take the exam anyway, it hardly matters when they sign up.

From this perspective, the deadline change is trivial and can be easily brushed off. The shift, however, is not without impact, as many students are signing up to take exams that they might not have elected to take otherwise.

“Some kids will actually come to me and say, ‘Do you think I should take [the] AP exam?’” APUSH teacher Steve Labenz said, “and there are the rare occasions where I’ll say no. I don’t know what the latest numbers are, [but] I think more kids are taking it. Which is fine, but not everybody’s going to pass.”

Despite this, Will is firmly dedicated to following through with his decisions, but for many other students—in APUSH or otherwise—AP exams can be quite a gamble.

The $98 required to take an AP exam can lead a student to earn college credit down the road, but roughly half of all AP exams taken nationwide are failed.

Whether it be a sophomore taking APUSH or a junior taking AP Lang, several students have been pushed into signing up and paying for AP exams that they might not end up being prepared for. While a number of students remain unaffected, those who are can’t be ignored.

“It’s so early and it’s forcing kids into making a decision that I think a lot of times they’re not ready for,” Labenz said. “If they wanted to [change the deadline to] maybe January, I think that’s okay. I don’t understand why they’re doing it [this] much earlier because I just think it puts kids on the spot.”

Weighing the impacts of this decision and seeing both positives and negatives, the reasoning behind it seems unclear.

The College Board has stated that the decision was made to help students pass their AP tests: by signing up earlier, students would be more motivated to study diligently for their exams. The logic is simple and to the point, but some are unconvinced.

“I would say [the change was made] to get more money,” Alex said. “The College Board has this big monopoly on education, so not only do they charge prices really high, but by getting students [to sign up] early by moving the [registration deadline], they’re not giving kids enough time to accurately assess their abilities. I think that they don’t really care about the scores of the kids who take it as long as they get a lot of kids to take it.”

Altogether, the cost of the 732 AP exams that FHC students are taking next May is in the thousands. For individuals like Alex that take more than one AP exam, the cost of just their own AP exams is in the hundreds.

Nationwide, the 5 million AP exams taken by high school students are branded with a price tag worth hundreds of millions.

While the College Board’s true motives remain disputed among students and teachers, the pressure—whether it be good or bad—is certainly there. The final effects of this pressure, however, are yet to be seen.

At the end of the day, no matter the College Board’s statement is genuine or not, the only thing to do is wait.

“They can do what they want,” Labenz said. “It’s the College Board. Kids want to take those classes, and they want the colleges to see that; they want to do well on the exam. It is what it is. There’s nothing that we can do about it. Even if we don’t like it, we’re in that system, and that’s tough.