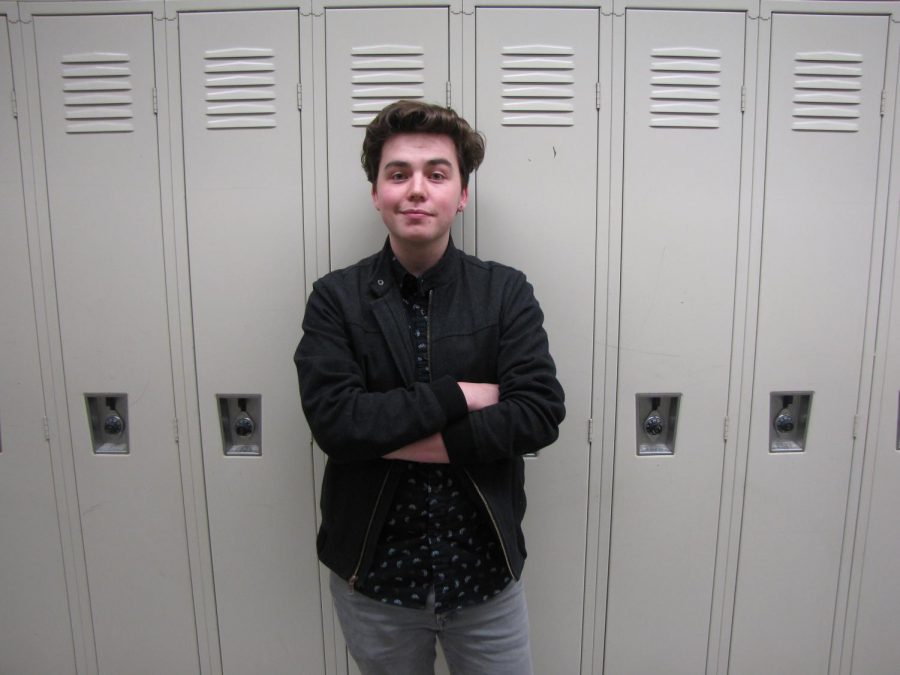 “Making sure that I can be a good enough actor on stage and friend off of it.”

2. How many lines do you have and how long does it take you to memorize them?

“I have about 160 lines, and it took me nearly 4 weeks to memorize all of them.”

“Even though Reverend Samuel Parris can be an annoying character in context, I’ve enjoyed immensely being able to portray him in the show. I’d like to think I’m not as annoying as he is, though I can be similarly passionate at times.”

4. How important is the crew to the success of the play?

“Without the crew, we would be a group of people in the dark with no clothes or lights on an empty stage. The crew allows the show to run and to happen at all, and [they] are a vital and significant part of our theatre family and the theatre process.”

“I’ve only been in one other play, but [I] have been in a number of musicals at both the high school and at community theatres throughout Grand Rapids. I’ve also spent a considerable amount of time being trained in film acting and films respectively.”

6. Who is the funniest person on cast and why?

“Russell Baird is one of the funniest people I’ve known and never fails to put a smile on [my] and others’ faces.”

“I would like to thank both Ashley and Curtis, our directors, for their continuous support and assistance over the past months. I would also like to thank my fellow cast and crew members for making a memorable and positive experience of our time together.”