Church Camp made me a hugger 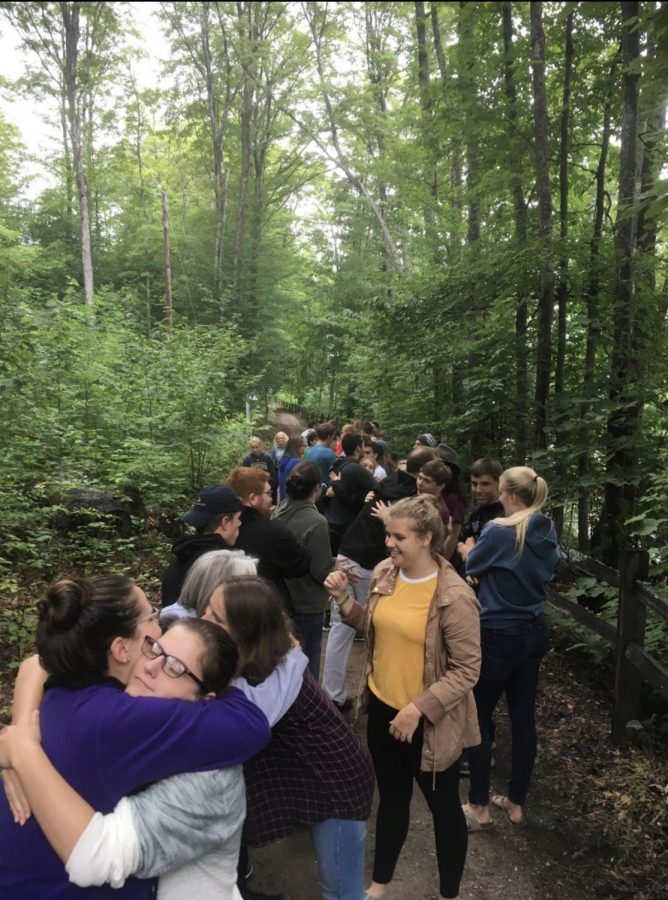 I love everything about hugs. Hugs are like a warm blanket wrapped around you—toasty and safe. Hugs make the world seem a little more tangible. They make me feel many things: valued, wanted, and accepted.

Growing up, I don’t recall ever really being a hugger; I’d hug people here and there to greet them, but that was about it. I never expected hugs to evolve to anything more than a friendly greeting.

I attend Lake Louise L.I.F.E. Camp, also referred to as church camp, every summer. It has had an everlasting impact on me since my very first visit.

I love church camp. Anybody who knows me can tell you I will talk your ear off about it. It has always held a special place in my heart, but I never knew just how big that place would get until I attended L.I.F.E. Camp.

In the summer of my first year, I was deadset on not going. I had already planned on attending my old camp—that was that. Later that summer, I hesitantly said yes to going and giving it a chance even though I thought there was no way this camp could top my old one.

I left for L.I.F.E. camp about a week after my old camp, and I was already planning on not returning the following year. On my way there, my older sister mentioned something called a “hug-line.” She summed it up as getting in a line and hugging every single person there. After hearing that, I thought to myself, ‘I don’t even really want to go to this camp, so there is absolutely no way that I am going to hug people I had never met before.’

I embraced people I had only known for a couple of days. And some of those were the best hugs I have ever received.

It was the last day, and we had morning worship down at the fire bowl—the place we do nightly worship at that’s down by the lake. After morning worship, we were climbing back up the stairs to head back to the cabin area.

I got to the top of the stairs, and this kid just grabbed me out of nowhere. His arms wrapped around me like an anaconda wrapping around its prey—scary and surprising. That anaconda’s grip soon, however, transformed into a familiar and fuzzy embrace. He lifted me up, spun me around, and held me in his arms.

That was only the first person. There was a handful more to hug.

I returned last year, and it was hands-down one of the best decisions I have ever made. I met a lot of new people and reunited with many as well. I don’t think a day went by that someone didn’t try to comfort me with a tender hug.

On the last night of fire bowl, my good friend and I stood there hugging for what felt like forever; we said more to each other through something as small as a hug than we could with words. A hug can mean so much more than a “hello” and “goodbye.”  A hug is my way of saying “I see you, you are enough, and you are loved. It’s going to be okay.”

Church camp made me a hugger, and I am proud to be one.