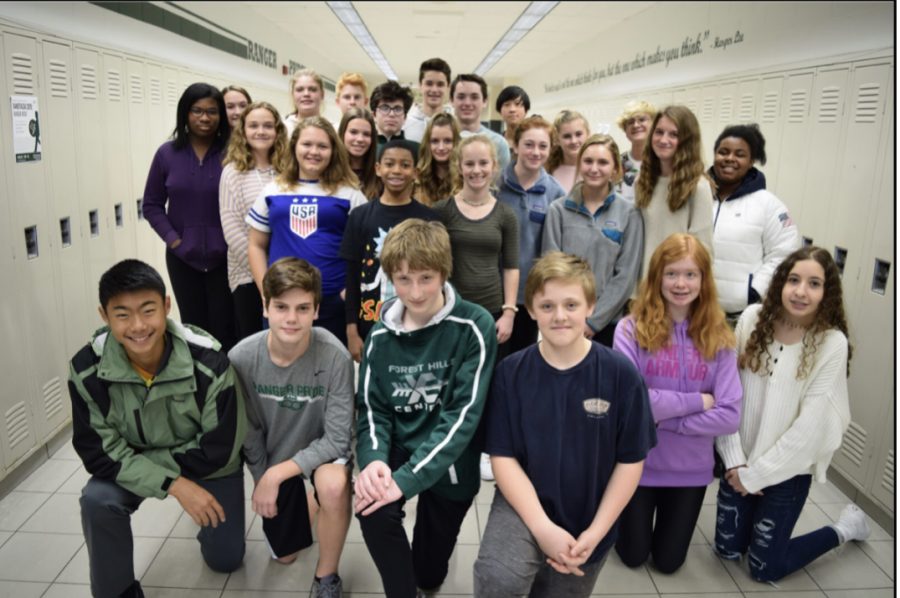 “It’s them doing something with the information as opposed to ‘read this, memorize it, and take a test,’” Manders said.

His students studied Constitutional principles and used them to choose an American Civil Leader that they wrote a children’s book on. Students were put into groups, and each member of the group studied a person they wanted to write their book about. On November 20th, his class will go to Pine Ridge Elementary School to read their books to the fourth graders.

“They each researched different people,” Manders said. “Then they debated and talked about what people they wanted to do, and [they] argued about it and finally picked the one that meant something to them.”

Manders believes that students are able to get more out of the information these kinds of projects cultivate than reading from the textbook and memorizing the materials.

Project-based learning like this also connects students’ opinions into the information. They can use their own creativity to write their stories and teach younger students about what they learned in a simpler form.

“They researched a person that they thought embodied and demonstrated some of these principles in terms of the work they did to try to make the world a better place or their community or the United States,” Manders said.

Manders likes this method of teaching, and freshman Celine Merhi does too. She prefers projects over textbook work any day.

“I think [this project] helped me because we get to do our own research and put our own opinions on things,” Celine said. “If we had to use a textbook, it would be pretty much saying what the textbook is saying, but for this, we get to say our opinions on things.”

Interactive projects such as these books give students something to look forward to, and they let students have a say in their learning. While Celine is excited to see the younger kids, she is also excited to present her book to them.

“In our book, we made it so it’s easier for the children to understand what’s going on,” Celine said, “[and] it’s just going to be easier because the textbook is hard to understand with the big words.”

While Celine enjoys being able to use her own opinion in this project, her fellow classmate, freshman Athan Hillman, enjoys the interactive aspect.

“Manders has a lot of interactive stuff that he does in his class instead of busywork,” Athan said, “so I’m really happy that we got to do [this project]. I think—personally—that it helps a lot of people understand the material better than just reading about it.”

Though Athan likes the interactive part of this project, he also likes the fact that he gets to share his work with the fourth graders.

Manders is finding joy in this new type of teaching along with his students like Athan.

“I think [project-based learning] makes the things that we’re learning [seem] more real,” Manders said. “We learned all that stuff about the constitution–now here’s somebody making sure that those sorts of things continue in our society or [that we are] using those ideas about equality and justice to make our world a better place.”