Looking back on varsity volleyball’s season full of success 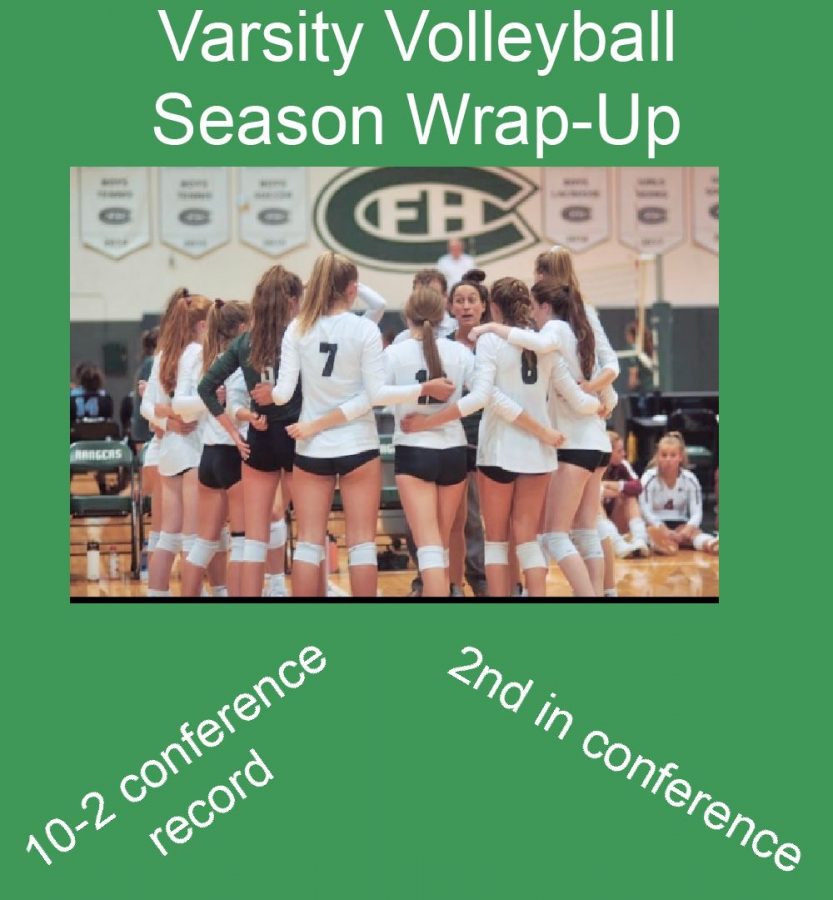 The Ranger varsity volleyball team capitalized on its young talent and extraordinary team chemistry throughout the entirety of this past season. Even though Rangers season came to a close last Thursday in the District finals, they had copious successes during the year to look back upon.

“We had a very successful season this year,” head coach Dayle Woods said. “We had many weapons and athletes that are capable of so much on and off the court. These girls are phenomenal people that exhibit great leadership qualities that this program and community are fortunate to have.”

As the Rangers began their season. they quickly became a powerhouse of a team that defeated most of the teams they took on.

“The best part of the season was definitely winning and competing in the Battle of the Hills,” freshman Sarah Dunn said. “It was awesome that we not only won the tournament on our home court, but there were a lot of students there to support, and the energy in the gym was amazing.”

Victories for the Rangers did not stop there, as they went on to place second in the OK White Conference, with their only losses coming from the Lowell Red Arrows. They finished off the season with a 10-2 conference record compared to last year’s record of 8-4.

“Overall placing second in the conference and taking a set off Lowell is such a big accomplishment,” junior Morghan Tilton said. “I am so proud of my team for working our butts off this season, and I wouldn’t want it any other way. I am very proud of all the work we have done this season”

As the midpoint of the season approached, the Rangers also came upon yet another accomplishment: going undefeated against their cross-town rival Forest Hills Northern.

One of the deciding factors of the Rangers successes throughout the season lay in their impeccable team chemistry. This sprouted from the leadership of the seniors and coincided with the rest of the team.

“My favorite part about this team is their unity, and that they’re all awesome young women that are destined for big things,” Woods said. “There is always room for improvement, but by the end of the season, the girls really channeled the “we, not me” mentality.”

Sadly, the Rangers are losing two seniors this year: Lauren Schofield and Rachel Nicholson. Despite this, however, the Rangers will be returning a majority of the girls, given that they had such a young team this year.

“With Lauren and Rachel leaving next year, the team will definitely have a gap without their constant energy and hard work ethic,” freshman Sarah said. “However, this year, two of our three captains were juniors, so I believe that next year the leadership will be outstanding. Julia and Morghan did a great job at keeping the team’s spirits high and keeping us focused on our goals, and I believe that next year it will be the same case.”

As the Rangers look forward to their next season, they all have their minds set on one thing: beating Lowell.

“I know that our whole team’s goal for next season is to beat Lowell,” Sarah said. “We know that we are capable to beat them and can’t wait to play against them next year.”

Throughout many wins, and only a few losses, the Ranger varsity volleyball team finished off their season with a lot of motivation and work set ahead for next year.

“It is an awesome feeling knowing we will have returners next year,” Woods said. “They will continue to show the sublevels that nothing is handed to you; it is earned through hard work and teamwork. I am looking forward to trying new things and continuing to grow as a program. We have many athletes capable of a lot and are talented in multiple positions, so as a coaching staff we are eager to utilize those talents for next season.”