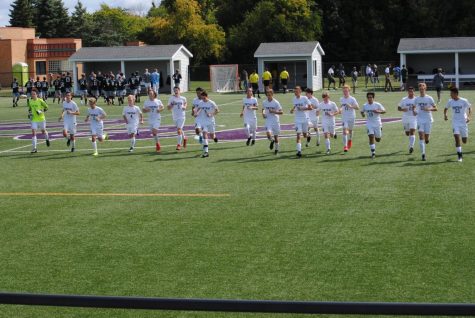 After coming off a 7-0 victory against Ottawa Hills, the Rangers went up against local powerhouse Caledonia, who was ranked #3 in the Division 1 state standings at the time they played them. FHC was sitting with a 2-3-2 record at the time and came into the match with energy, knowing they were facing a tough opponent. They approached the game with a defensive mindset. The Rangers ended up shutting Caledonia out with a 0-0 tie, improving their overall record to 2-3-3. Senior Ethan Hale and junior captain Matthew Mahoney were vital to the Ranger’s defensive success. They limited the numerous offensive opportunities throughout the game from Caledonia, forcing the Scots to a scoreless result.

“Despite the game ending in a tie, it felt like a win,” Matthew said. “The tie was not only an amazing feeling that day, but it also generated a lot of momentum for the rest of the season.” 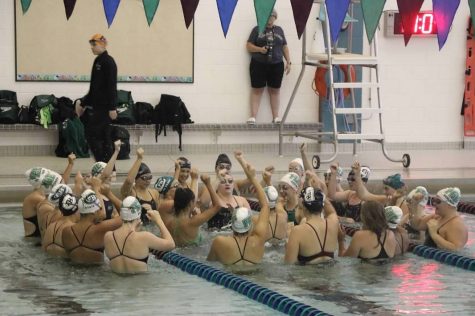 Girls Swim and Dive vs Jenison 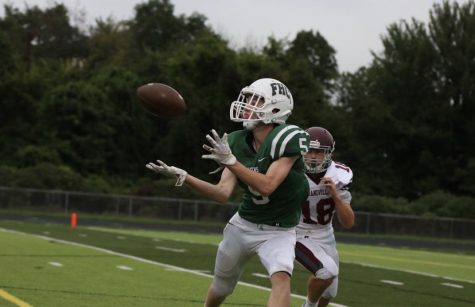 Wanting revenge against Grandville after falling to them handily the previous season, the Rangers came into this year’s game against the Bulldogs with newfound determination. The first quarter was a defensive brawl. Neither team was able to get points on the scoreboard. However, the Rangers got on board first by a touchdown from sophomore Hunter Robinson in the second quarter, which was followed by another touchdown from sophomore Rhosias Arius. This gave the Rangers a 14-0 lead going into halftime. Sophomore Tyler Weaver was a prodigious force on the Rangers offensive side to start the second half.  He returned the kick off 60 yards for the Rangers. This led to another touchdown from Rhosias making the score 21-0. Grandville responded with a touchdown, as well as a 2 point conversion. The final score was 27-16, allowing the Rangers to capitalize on their previous defeat. 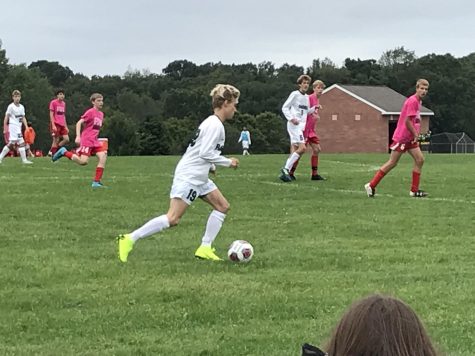 Sophomore Sam Yaeger joined the JV soccer team midseason. The match against the Rangers’ arch-rival Lowell was his first arrival on the pitch. He led the Rangers to victory by securing two goals for the Rangers. Sophomore Bryce Notarnicola scored the third to put FHC up by one goal. Lowell was projected to beat the Rangers going into the match; later in the season, FHC lost to Lowell 2-0. The first meeting was a tight game, but FHC ended up victorious with a final score of 3-2.

“I knew I wanted to play soccer again, but I did not know if I could after not playing for two and a half years,” said Sam. “The boys encouraged me to play and helped me regain my confidence on the field. Once I scored the second goal, I felt like I was truly a part of the team.” 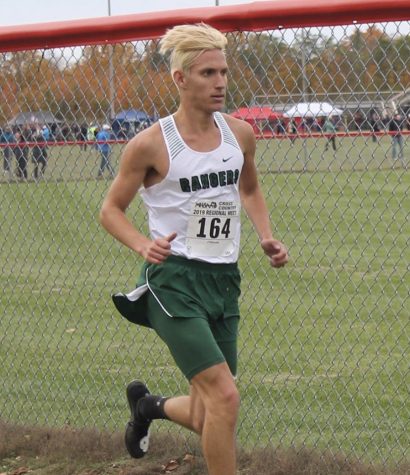 After climbing in the rankings at the final conference meet, the boys cross country team beat Northern finishing 4th in their overall final conference rankings. With only one week to train for regionals after conference, the Rangers prepared intensely and were ready to run at Benzi. Beating the forecasted rain, the course and the weather were ideal running conditions. Gabe Carson led FHC placing eighth overall and qualified individually for states with a time of 16:01.41. Sam Yeager finished second for the Rangers with a time of 16:17.12; Kyle James-Heer was closely behind placing third for FHC with a time of 16:29.65. The Rangers improved from the pre-rankings by two spots, placing 5th at regionals ahead of their projected 7th place finish.

“It was a great meet; we all got our fastest times and looked amazing with our bleached hair,” said Jonah Cumings.

“Placing ahead of where we were supposed to be as a team was outstanding as well as beating our rivals,” said Gabe.  “It felt good to make states as an individual, as well as represent our school.”