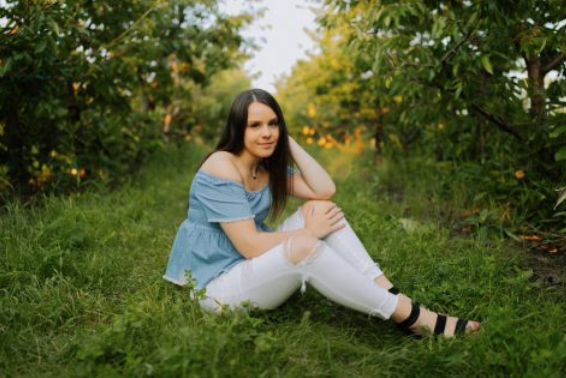 1. How long have you been involved in crew?

“I have been involved in crew since my sophomore year at the Random Acts of Talent show, and I have crewed every show since.”

2. When did you get promoted to Student Directer and how did it feel?

3. How important is crew to the success of the show?

“The crew is very important to the success of the show. They do a lot more than people might think even goes into the show. Without crew, the show is just actors on stage saying lines, so the crew really helps it come to life.”

4. What is it like watching the show come together throughout the season?

“It is such a cool experience. I still remember the first time we read through the whole script together, and it’s just so crazy that now everyone has all of those lines memorized and has added so much expression and meaning to every single line. It still amazes me how talented everyone is every time I watch the show. It just really is amazing how far we’ve come since the beginning.”

5. How do you think your experience would be different if you were an actor?

“The experience would be very different if I was an actor. I used to be a dancer, so I know the feeling of going on stage and performing for people, but I don’t think I could remember all of the lines that come with acting in a play. I give them so much credit.”

6. What is your favorite part of theater season?

“This is so hard. I don’t think I could pinpoint one single part of the season. I think the best part is the relationships I’ve built over the entirety of the play. It’s so cool because we become such a family in just a couple of months. I love everyone that’s a part of this cast, and they make the experience so much more fun.”

7. What does the role of Student Director entail?

“The role of Student Director entails a lot throughout the whole year. I go to every rehearsal and take notes for the production team about sets, costumes, props, lighting, and sound. Also, I go on-book at rehearsal and shout lines out when the actors forget. During the show, I am the Stage Manager, so I call out all the cues for lights and sound, and I make the whole show run. There is a lot more work that I do outside of rehearsal, too, anywhere from communicating information to the cast to sorting costume pieces to sending emails and thank-you notes. It can be a lot of work sometimes, but it’s a lot of fun.”

“I would like to thank Mrs. DeMeester for the amazing opportunity to be Student Director. She has been such a great role model and friend to me, and I’m so grateful that I have such an amazing person to look up to and who is always supporting me. I am so thankful for her. I want to thank my parents for everything they do for me and for being so supportive of me. I want to thank Ashley Kooistra and Eric Curtis for being so kind and helpful in the entire process of this play. Finally, I want to thank the cast and crew for making the experience so enjoyable.”