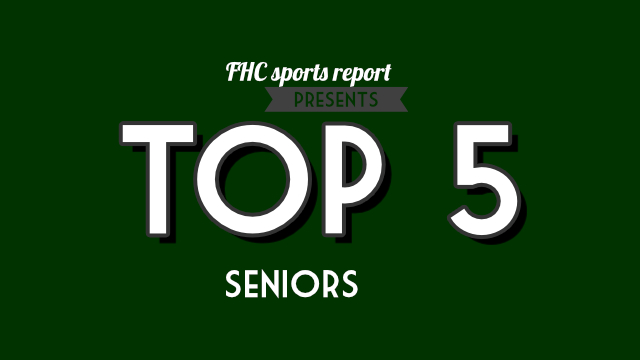 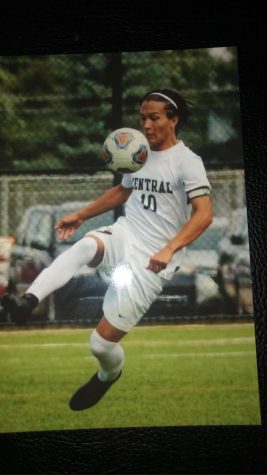 Senior Sammy Postlewait played an imperative role on the boys varsity soccer team this year, leading them to a quality 10-7-4 season. In addition to providing an excellent source of leadership and positivity to his teammates, Sammy was responsible for countless goals, assists, and helping his teammates overcome adversity in every game they played. During a game against Greenville, Sammy was able to score 4 of the team’s 8 goals and secure FHC’s first conference win. After a tough loss to Lowell, the team’s “Revenge Tour” began. During these games, Sammy helped the team win three consecutive games by scoring over half of the 9 goals against tough conference opponents: Northview, Greenville, and Cedar Springs. Sammy had 27 total goals throughout the season, and he held a vital role in the team’s offensive success.

“This season impacted me in a huge way,” Sammy said. “I couldn’t have asked for a better team, and I made a lot of new friendships that hopefully will last a long time.” 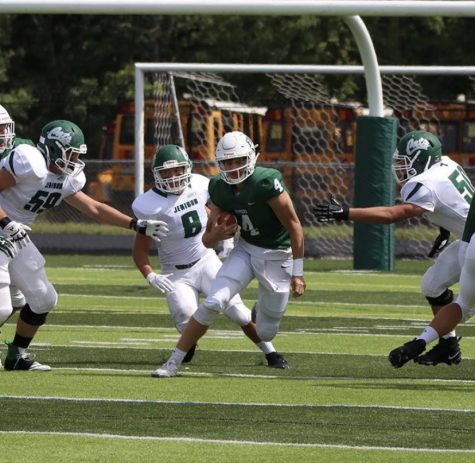 Senior quarterback Jimmy Scholler helped the Ranger football team find success in countless games this season. In total, Jimmy finished with 1374 passing yards, 775 rushing yards, 9 passing touchdowns, and 18 rushing touchdowns. His exceptional performance throughout the team’s 8-3 season earned him All-Conference honors. Prior to the Grandville game, Jimmy had scored three touchdowns in each of the previous three games. Jimmy was able to step up and make plays throughout the season—especially in rivalry games. During the matchup against the Forest Hills Northern Huskies, Jimmy was able to put up an additional two rushing touchdowns and one passing touchdown. His incredible performance helped the Rangers to win that game 34-7. Finally, during the Homecoming game against Lowell, Jimmy passed for 117 yards and led the team to a 14-7 win over the Red Arrows. From the start of the season to its finish, Jimmy helped the Rangers overcome adversity when playing tough teams as well as creating a positive atmosphere in the locker room and on the field.

“This season impacted me in a great way,” Jimmy said. “I feel like it definitely turned me into a better leader. Also, it helped form great relations with my teammates.” 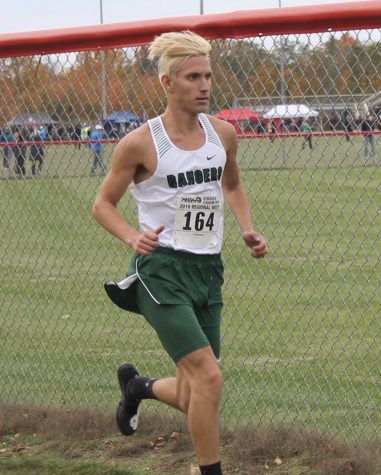 Senior Gabe Carlson continued his running legacy at FHC during his 2019 cross country season. Throughout his senior season, Gabe was able to continue setting records in the Ranger community. Gabe was able to achieve the All-Conference title all four years of his high school career. He consistently was a top runner at each and every event, and he helped the rest of the team achieve high placements at meets and invites. During the Hudsonville Invite, he assisted with the team’s fifth-place finish by running an incredible time of 16:34.1, which was second among 221 runners at the event. At Regionals, he was able to improve his time to 16:01.41, earning him an eighth-place finish among 91 runners. His performance at Regionals, as well as throughout the season, allowed him to move on to the State final. However, the same day as the state finals ran, Gabe became too sick to race and was unable to participate.

“[This season] felt incredible,” Gabe said. “At the start of the season we were predicted to finish seventh in the conference, but we ended up getting fourth. Making states and getting a chance to represent my school was amazing.” 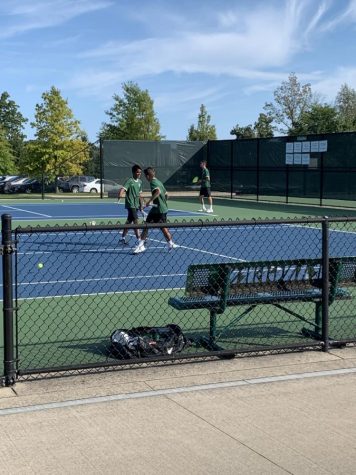 Senior Nick Sjolin showed his dominance on the tennis court time and time again throughout the season. The first quad he competed in resulted in an effortless 3-0 first-place finish. When faced against two of the highest-ranked tennis players in the state from Okemos and EGR, Nick proved why he was playing one and two singles, giving his opponents the best fight they had received the entire season. In the second quad of the season, Nick was the only single to go undefeated throughout the day, despite facing tough opponents from Bryon Center.  At regionals, Nick was the first winner for the Rangers at two singles. His win in a very close match allowed him to advance to the state tournament that occurred the following weekend. Throughout the season, Nick did nothing but dominate his opponents all his way to the state finals in Ann Arbor. Unfortunately, Nick endured a devastating end to his career when he cramped during a match he was winning that would have further advanced him in the tournament. 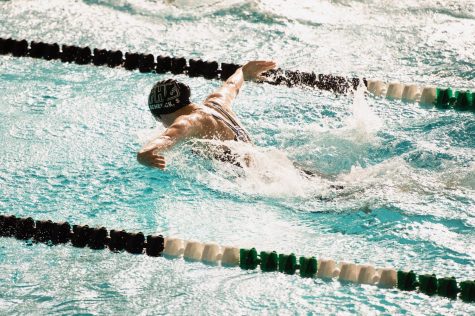 Senior swimmer Sarah Schenck had an incredible season full of victory. Sarah played a vital role in many medley races during many different events. During the meet against Grand Rapids Catholic Central, Sarah’s exceptional performance in the 100-meter backstroke, with a time of 1:05.18, helped the Rangers win 103-74. In a meet against the Northview Wildcats, Sarah won the 200-yard individual medley with a time of 2:19.43. This win for the Rangers helped drive the momentum for their next competition against Jenison at conferences. At conferences, during the victory against Jenison and loss to EGR, Sarah was able to put up impressive times as well. In the end, she proved to be a valuable asset to the swim team, and her placements were a key element in the team’s many victories.