Zachary Wright uses songwriting as a way to express himself 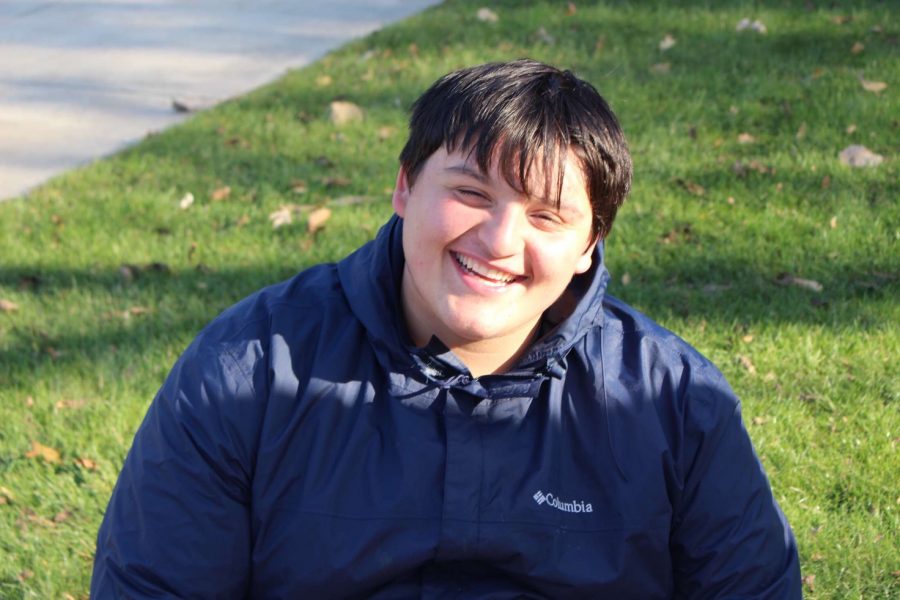 Sophomore Zachary Wright loves music: he loves the feelings it provides, the way he can express himself, and how it makes others feel.

Zach began his music career by writing songs by himself and learning to play the piano at a studio nearby. He started taking lessons at Wood James Music Studio and taught himself to sprawl his feelings across a blank page to create the newest hits. He recently started up a band—Kidz—with a few of his friends and has been working towards releasing an album.

Kidz has been a band for a little over three months. Zach—one of the songwriters—decided to push his band to release an album on Christmas day that has a sound of its own.

“I would say [it’s] upbeat,” Zach said, “and the [artists] I would relate it to would be Imagine Dragons and Ed Sheeran combined.”

Not only was Zach in charge of picking the release date, but he is also in charge of writing songs for the band to record.

“I’ve been into songwriting [for] five years, but I kind of just got into it this year,” Zach said.

Along with a friend, sophomore Chanse Wolfe—who is also a guitar player for the band—Zach writes all of Kidz’s songs from the time he gets home until as late as he can, sometimes until 1 a.m. or even later.

Between school, band rehearsal, and writing music, it is hard to balance his day-to-day life, but somehow Zach manages to accomplish everything on his to-do list.

“I get home and I do a little bit of homework, and then I’ll write,” Zach said. “I just find [time in between everything] to do my homework.”

The combination of getting the chance to express himself and writing out his feelings on the page in front of him makes it all worth it.

“I think it was [the] realization that music is the only thing that makes me happy,” Zach said.

Music not only makes Zach happy now, but he looks forward to making music and writing songs for years to come.

College is the traditional path for most kids, but it’s not the only path. When given the option between college and music, Zach would choose music every time.

“In a music career, you can write about your feelings and your emotions,” Zach said, “and you can let people know how you feel. You can’t do that in [just] any career [path] you take.”

Songwriting, in general, provides people with the freedom to express their feelings in a poetic-like nature—through poetic devices such as similes, metaphors, and alliteration—that the traditional path of life doesn’t always offer.

Between school and everything else that goes on in life, it sometimes gets difficult to sort out all of the emotions drifting in and out of our brains at any given moment. For Zach, music is his outlet–his access to his drifting emotions.

“[Songwriting] kind of lets you access your emotions,” Zach said. “It helps you kind of cope with them.”

Writing your feelings down on the page in front of you and pairing them up with a matching melody really does help to deal with the overflowing pot of emotions one can experience in life day-to-day.

“You can write a song about a bad day,” Zach said, “then, after, you are like, ‘that’s a good song,’ and it just brightens up your day and makes it better.”

Being in a band with all your best friends and getting to write your own music is a dream come true for most kids, and these Kidz are making it happen.

“[My favorite part of the band is that] it’s made [up] of my friends [and] it gets me closer with them,” Zach said. “I get to spend a lot of time with them and learn who they are more.”