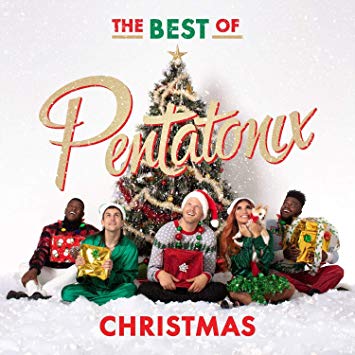 Christmas is my favorite holiday.

I started listening to Christmas music one hundred days before Christmas—September 16th. People probably would have sent me to an insane asylum if they had known at the time.

My Christmas playlist consists of Pentatonix, The Straight No Chasers, and a scattering of other artists.

Pentatonix’s new album, The Best of Pentatonix Christmas, became a great addition to my Christmas playlist.

The new playlist has many of the classics, including “Here Comes Santa Claus,” “Little Drummer Boy,” and “Deck the Halls.” None of the songs are just ordinary versions, however.

All of the songs have differing speeds and some extra hidden elements of songs. Also, Pentatonix is an acapella group, so it is mainly composed of voices.

The new album was somewhat disappointing, though. It is comprised of mainly old Pentatonix songs, so if you already listened to the other albums, you would be hearing a lot of repeats.

Only four out of nineteen songs are new: “God Only Knows,” “Do You Hear What I Hear?” “Joyful, Joyful,” and “You’re a Mean One, Mr. Grinch.”

When I first heard “God Only Knows,” I stopped what I was doing. I had never heard the song before and it grabbed my attention. It is the type of song that puts you in a happy mood. The smiles of the background singers are heard in the song, and the lyrics–if you listen closely–are happy and touching.

Originally, it was sung by The Beach Boys in May of 1966. Clearly, it was not a Christmas song initially. Even though it isn’t originally a Christmas song, it fits in because “God only knows what I’d be without you” is the main lyric. Christmas is often thought of as a time of love and family and Pentatonix made it work with the spirit of the rest of their album.

It includes a verse with the tune of the song “O.P.P.” by Naughty by Nature, a song about being morally wrong. Instead of saying O.P.P. In the lyrics, they use G.O.D., symbolizing God’s goodness and the goodness of people around you.

Although they were reused, many of the other songs were still new to me.

“Deck the Halls” was my favorite among them.

The beatboxing included makes the song stand out in a good way, encouraging me to try it myself. And the way all of their voices join together fills me up with joy and makes my ears want to keep listening to them.

An abundance of the songs are easily recognizable songs. The album includes Christmas staples that are on the radio such as “Carol of the Bells” and “Grown-Up Christmas List.”

The album also incorporates their own staples including “White Winter Hymnal,” which was originally by Fleet Foxes.

Hearing this song, you will want to learn the lyrics so you can sing along with it the next time. Although the song’s lyrics are vague, the tune is peppy and upbeat. The group members’ voices are interesting to hear, mixing in together as the song progresses.

Whether you love their old songs or have never heard them before, The Best of Pentatonix Christmas is a perfect album to jump into the Christmas season with.