yikes! was a unique soundtrack of heartbroken songs 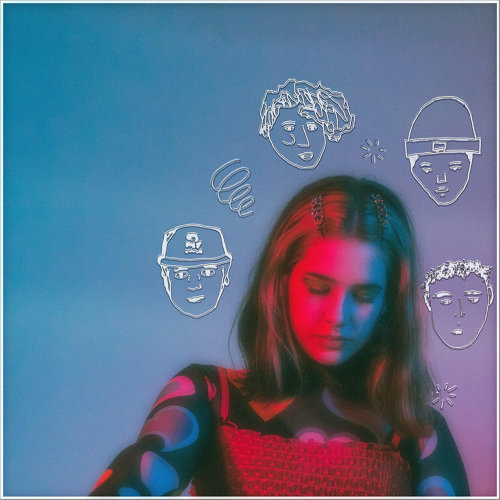 what’s up! i’m silver. i’m a 20-year-old in chicago who loves pop music and breaking my own heart.

I suppose that’s okay, for the eight songs on her new album yikes! are a vibrant treasure map of pockets, if you look hard enough—if you listen hard enough.

“boys are dumb! duh!,” sent by the lovely Lynlee at an oddly specific moment, were the first sounds of Silver Sphere’s that echoed from my water-damaged iPhone 6s speakers. Synth-tastic and upbeat, the beats of this funky first tune boomed as loud as they could. Ribbons of clementine orange, neon purple, lime green—they all chaotically intertwined, forming a woven layer, a background, to the vibrantly cloudy lyrics.

A song you belt while going way too fast on Cascade, the lyrics scream notes of heartbreak, painful reminiscence of what was, and doubting love and boys. Silver Sphere might claim to break her own heart, but I just want to ask who hurt her.

Maybe it was a boy in a band. “boys in bands,” which Sphere describes as a “commentary on the ‘indie boy’ stereotype” she continually falls in and out of love with, had an equally as funky beat as the first song, and it had equally as scream-able lyrics. “boys in bands” just gets me going; the catchy chorus combined with the sharp edges of the melody create a unique sound, a sound of silver, that is unlike anything I’ve ever heard. I just love Sphere’s sound—it’s techno and upbeat and dance-able.

With every album, there’s always one song you play a little louder than others—one where you hear more of the lyrics, feel more of the rhythm, and unlock a little piece of the artist that a few sentences in an “About” tab can’t possibly cover.

“waste my time” was that song.

I just love it.

Sphere sings, in her weightless voice, “I want you to waste my time” repeatedly throughout the three minutes and twenty-six seconds of the song, and it’s just something about the weighted simplicity of the line that rings a little louder than the rest.

I hope I’m not alone when I say this, but I often think about what the soundtrack to my movie would be—if my life were a movie. Whenever I hear a song, I place it in the moments of my life, and “waste my time” is a speeding-down-Cascade song, much like “boys r dumb! duh!”

The finale of the album, a song that, coincidentally, would play at the finale of my fictional movie, had a climatic element to it that wrapped up the album nicely. “sucks 4 u” was a closing statement, a resolution, a finale. It was closure. yikes!, as a whole, trekked through the muddy waters of heartbreak, independence, and love, and “sucks 4 u” seemed like the last muddy step.

It was wildly free—a song of fierce independence.

And I’m really, really glad I discovered the 20-year-old from Chicago who loves pop music and breaking her own heart.