Students discuss the benefits and hazards of snow days 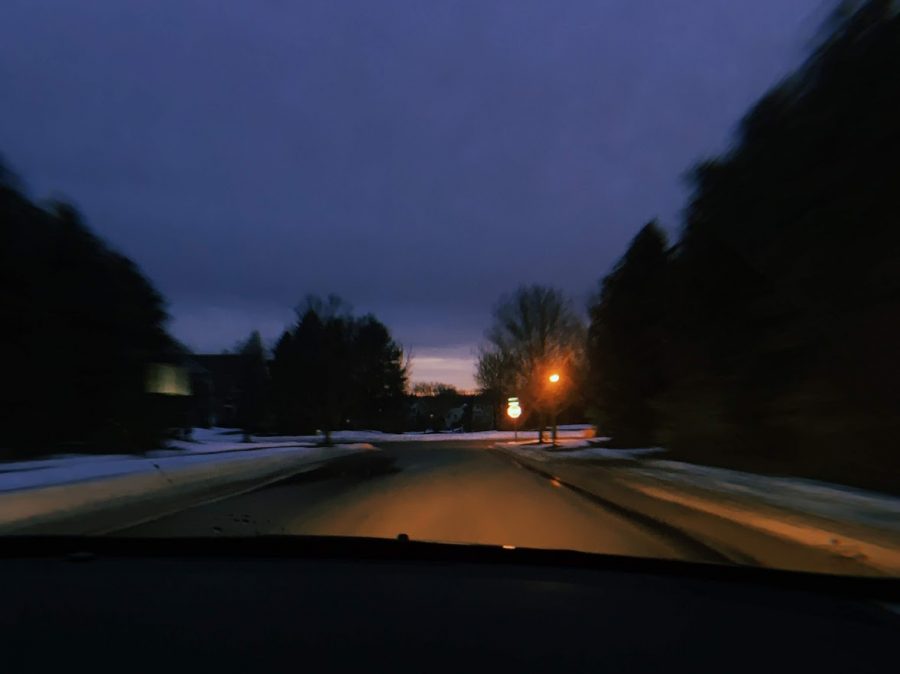 Road conditions in Michigan can be extremely precarious during the wintertime. Between 2013 and 2017, it was found that we had around 282 fatalities due to the slippery and harsh conditions of Michigan winter roads. Pennsylvania, the second-highest state for winter-related crashes, had 85 fewer deaths than our 282.

Sophomore Lily Klaasen recently acquired her driver’s license. As a new driver, Lily has some concerns when it comes to handling the icy Michigan roads.

“[I am nervous about driving to school in the bad weather] because we had a really bad winter last year, and there were a lot of accidents,” Lily said. “I’m just so scared. When I took my road test, it was around two days after [it had snowed] that Tuesday, [and] there was still some ice on the ground. I was so scared she would take off some points because I had to drive slower. I was still scared though because sometimes when there is ice on the road, my mom will slide a little bit.”

Although sophomore Claudia Folkert does not have her license, she is not afraid to brave the climate here in Michigan to spend some quality time with her friends.

“I usually just sit inside until about twelve,” Claudia said. “Sometimes, I hang out with my friends if the roads aren’t too bad. [My friends and I] usually go out to eat or sometimes we end up just playing in the snow; we like to go sledding, or just throw snow at each other.”

Snow days also bring hazardously cold temperatures to the winter air. Many parents, students, and staff members worry about the effects of things such as wind-chill, hypothermia, and blizzards. Even though snow days are cold and unforgiving, they bring warm memories for many students like Claudia.

“We have a hill in our backyard and we used to slide down it,” Claudia said. “My neighbor got caught in the woods in the backyard and got poison ivy.”

Lily—having been the spiritual, confident little girl that she was—also would often venture out into the cold and can still recall some of her fondest snow day memories to date.

“I used to be a really, really girly-girl,” Lily said. “So in the dead of winter—when there was around five inches of snow—and I was in maybe second grade to fourth grade—I would still wear spring dresses in the wintertime. I went to Thornapple, and there used to be this sign that said ‘you got Thornappled’; there was this big cardboard cutout of this apple, and you would get to take a picture by it. So now there is just a picture of me by that sign somewhere.”

Students such as sophomore Rachel Marco often take a bit of a different approach to snow days—that of relaxation and rest.

“I like the individual snow days because sometimes you just need a break,” Rachel says. “Usually, I hang out in bed—I enjoy the time I get to sleep in. [My favorite part about snow days] is just waking up and seeing that it is a snow day and then being able to go outside and play in the snow instead of having to go to school. My sister and I would usually build snow forts and stuff with our neighbors—that was like the thing we did when we were growing up.”

FHC, like many Michigan schools, is notorious for its snow days. Although many students agree that last year’s occurrence of an actual “snow week” was an exciting break from the seemingly endless, stressful, and repetitive life of a highschooler, for some, it brought on irksome extra homework assignments; consisting of confusing communications from teachers.

Rachel enjoyed the snow days, but similar to Claudia, she agrees that the returning work-load was burdening as well as disquieting.

“It was really nice,” Rachel said. “A lot of my teachers would communicate with us through Google Classroom—so it wasn’t bad, but then when we got back [from the snow-week break] it was stressful just trying to catch up.”

The driving conditions for the snow week were insidious—from slick, icy highways to unplowed local roads, there was always a new threat on the roads surrounding the FHC building. Lily, having yet to experience driving during a winter as bad as last year’s, believes that she would have faced the treacherous winter conditions if she had her license at the time.

“[If I was a driver last year, and had to deal with the snow week due to the driving conditions, I would have gone out] because I don’t want to be cooped up in my house,” Lily said. “My mom probably would have been like, ‘be really careful, drive ten miles under the speed limit, check your mirrors, and just be safe.’”