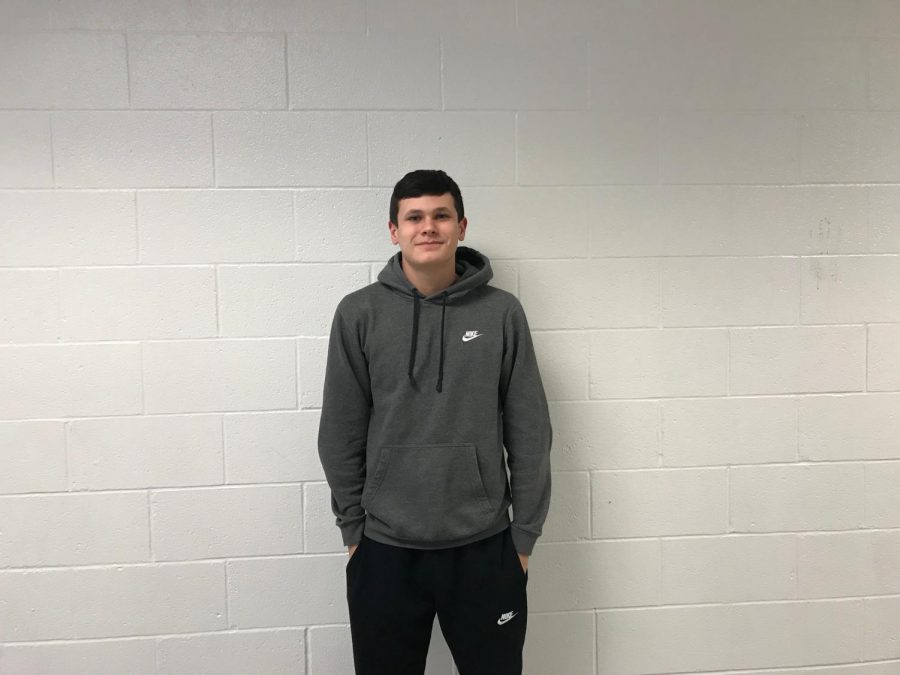 Freshman Ben Rogala has tried almost every sport you can think of.

His arsenal of attempted athletics is quite substantial: basketball, football, baseball, and soccer. From a young age, Ben was always searching for a sport that would fit his strengths and allow him to excel, but he never found himself prospering in any of the sports that he tried.

Many male sports are chosen by young athletes because of the amount of attention and aggression that they encourage. Ben, on the other hand, found his skills better represented in a sport that lacked the popularity and adoration that other sports have: swimming.

“I tried all of the sports that I could,” Ben said, “and I wasn’t very good at any of them. My last choice was swimming, and I ended up being good at that. So, I stuck with it.”

Ben saw his opportunity to succeed with swim and has been training and participating in swim competitions for five years now. He realized swim allowed him to use one of his greatest physical assets: endurance.

“I’m pretty good at endurance sports,” Ben said,  “but I’m not very coordinated. Swimming didn’t require a lot of [coordination], and from the beginning, I showed a lot of promise with being on the higher, competitive level.”

Since starting swim, Ben has been able to improve himself and establish a great athletic profile in his sport. Swimming sets Ben apart from others, but it has also helped him have a sense of belonging wherever he goes.

Before his freshman year, Ben lived in Illinois. Moving to Michigan was difficult for him and took a while to become accustomed to.

“I liked it better in Illinois,” Ben said. “I lived there my whole life, for fifteen years, and I already had my friend groups. I knew everybody there, and I knew the area. There [are] just different kinds of people here.”

Moving to a new school freshman year is common, but Ben’s situation was unique in comparison to other moving stories. Ben didn’t come to FHC on the first day of school; he started school well into September, which labeled him as the new kid as soon as he showed up.

“You can be the new kid on the first day of school, and it’s fine,” Ben said. “You get to know everybody, and because it’s a new school, [and you’re] going into high school, it’s not as big of a deal. But I was the one kid that moved here and joined a couple [of] months into the semester. I didn’t know anyone, and everyone already had those relationships built.”

The fact that he had to join late dampened Ben’s outlook at first, but eventually—with the help of swim—he has become accustomed to his different life in Michigan.

Swim practice started for him before his first day of school, and thanks to that he found friends that helped make his transition smooth and improved his outlook on moving.

His school back in Illinois was more comfortable, but Ben is excited about the new opportunities that FHC can offer to him.

“My old high school didn’t have a very good swim team,” Ben said, “and I think it was Division 3. But here [the swim team is] Division 2, and I can compete against faster people. Academically, [FHC] is a way better school. It challenges me more than back in Illinois, [and] it’s definitely [a better] curriculum.”

Ben has high hopes about his future with swimming and has worked extremely hard since starting the sport to make himself stick out. He plans on improving his swimming skills throughout high school and is hopeful that he will have a chance at attending Michigan State University as a student-athlete.

This opportunity is one that he would not have had in Illinois, and he’s grateful for it.