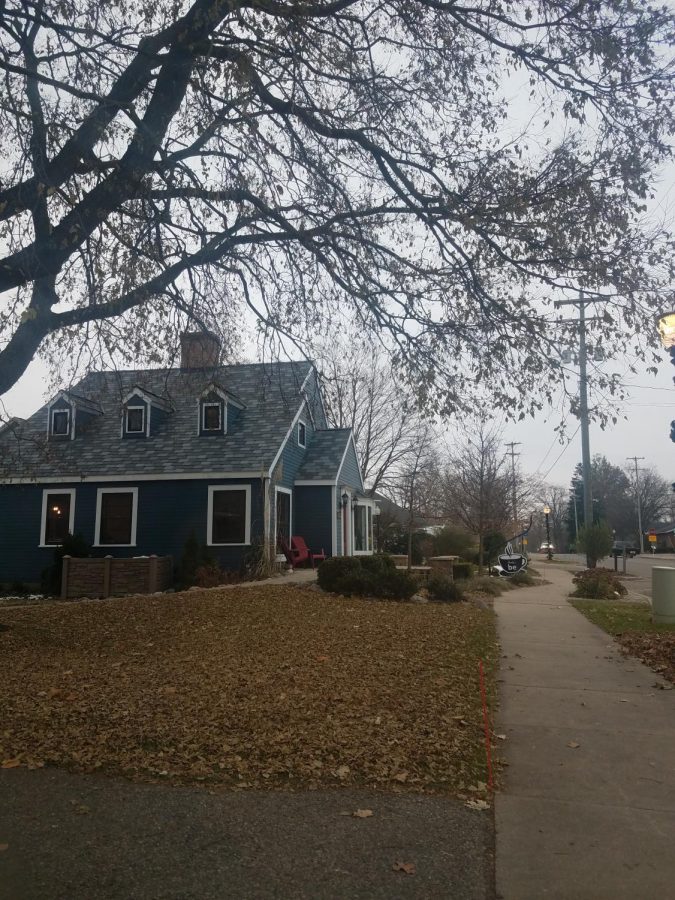 The second I walked into the small, blue building, I fell in love. The freezing cold air outside did not seem to stop the warmth and kindness of the employees inside, not to mention the blast of heat coming from the door frame of Brody’s Be Cafe.

I will admit it took me a moment to find the menu, which is located on the wall across from the bar, but I was intrigued by the choices in front of me. Although the choices are limited in their subsections, there is a large variety of the types of drinks sold: mochas, lattes, smoothies, teas, and still a few others.

The prices originally seemed a bit high to me when I first saw them, but I didn’t mind it after I received my drink, even though I was unsure of what to expect.

The cafe did not seem busy at all, and my drink took a few minutes to make; as soon as I realized the reason behind the wait, my impatience dissolved.

Brody’s Be Cafe sets itself apart from other coffee shops with their mission. The cafe is a nonprofit organization that hires primarily teenagers and young adults that may struggle intellectually at certain times and trains them to be a part of the workforce.

On their website, they have volunteer forms to bring into the cafe for the opportunity to partner up with one of the baristas—or as they call them, BEristas—and help them with their job.

In addition, the setting of the cafe made it easy to focus on the work I had to do after school. The furniture consists of couches in a large circle as well as chairs around tables. It gave it a simple, yet comfortable look. Every nook of the cafe is meticulously decorated with pictures, quotes, and decorative furniture.

This small building did not lack Christmas decorations either.

In one of the front corners, there is a Christmas tree that is lined with lights or ornaments, but they are not ordinary ornaments. Like the cafe itself, the ornaments honor each of the employees with a picture of them hanging on the tree.

Multiple walls in the cafe are covered in chalk as well. With the menu on one of those walls and a quote with their mission on the other, it makes it so simple to find comfort in the small shop.

Ada used to be full of small businesses, and each business was made to look like a house. But, with all of the new construction lately, it has lost antique touch.

However, Brody’s might be one of the shrinking numbers of buildings that manage to keep that touch; every element of the cafe gives Ada that home-like feel that is slowly slipping away from its grasp.

Brody’s Be Cafe put in the effort that many coffee shops have not ever attempted to do. It took a chance on people that others would not put before many others and is yet to fall below the line of its high expectations.