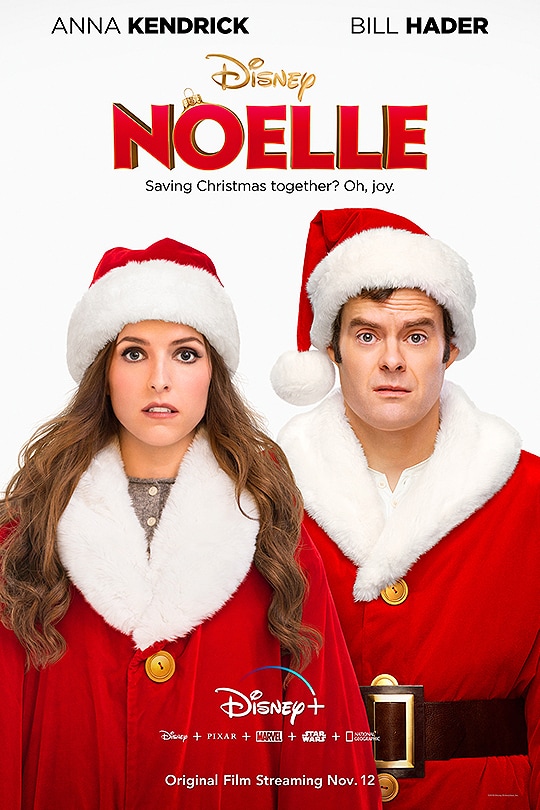 The magic of Christmas is intertwined with the nostalgia and tradition of years past. The ornaments being carefully placed in the tree branches, the jingling music being carefully selected from a case of forgotten CDs, the Santa-shaped cookies being pulled from the oven, and, of course, the antiquated boxes of timeless movies.

The same movies that, year after year, are carefully placed into the neglected DVD player after being diligently checked for scratches. When the snow falls in heavy blankets, trapping me blissfully inside my home, it’s mindlessly that I curl into the couch cushions and lose myself to a sea of blankets and an enchanting story.

And year after year, it’s always the same. Original Christmas movies are a lacking industry; it’s with difficulty that I discover anything I haven’t already seen some variation of to add to my rotating repertoire.

I never really mind; there must be something about the Christmas season that makes it easier to forgive the cheap morals and recycled plot lines the film industry avidly adores. Maybe that’s why Noelle seemed so initially promising; it’s plausible that I ignored several signs of the movie’s worth. I wish I hadn’t, considering it’s an hour and forty minutes of my life I’ll never get back.

Some things just can’t be forgiven. Noelle was one of those things.

Noelle Kringle (Anna Kendrick), daughter of Kris Kringle—Santa Claus (Jay Brazeau), is just a little girl with big dreams who winds up playing second fiddle to her big brother, Nick Kringle (Bill Hader). Despite her evident aptitude for the position of Santa Claus, her brother is destined to inherit the title. In a predictable turn of events, Nick’s inadequacy shines through, and Noelle, the loyal and oblivious-to-her-own-worth helper that she is, steps in to clean up his mess.

The lackluster plot had even more banal followthrough; it was a ghost of what the movie could have been if it had met the mark it was so obviously aiming for: Noelle had all the pieces of a girl-power anthem, but filtered through a childish lens, the pieces were unable to come together; peppered with cliche plot devices, it missed the mark of nostalgic and endearing, and opted to mimic a cabinet full of eerily similar holiday entertainment.

And I truly couldn’t pinpoint the source of the problem. The script was corny to a fault—full of weak and flavorless jokes that barely earned a smile and agonizingly ridiculous “heartfelt” speeches. The cast was fragile and timid—unable to break out of a thoughtlessly scripted shell.

Even Anna Kendrick’s knack for rocking every role she undertakes couldn’t save the trainwreck of a movie; there’s only so much that can be done with feeble attempts at humor, a vapid plot, and over-embellished costumes.

And about an hour into the movie, as hints of irritation sparked familiarity in my mind, I realized what Noelle was so closely related to; it was just a knock-off, worse version of Elf—a movie I don’t harbor much fondness for.

I found solace and a meager amount of motivation to push through the movie about halfway through in a scene where Noelle interacted with a young deaf girl. I was impressed by the representation, and it was the only scene that drew a smile to my face.

But it wasn’t enough to redeem Noelle, or, to be scathingly honest, make it a worthwhile use of anyone’s time. Maybe as background noise for a post-holiday-meal nap, but I’ll look elsewhere next time I’m in need of some holiday cheer.