After starting the season with a 2-5-3 record, boys varsity soccer strung off three consecutive wins following the beginning of its “Revenge Tour,” including wins over Northview and Cedar Springs, both teams the Rangers failed to beat in their first matchup. The boys had some serious momentum going heading into the match against Portage Northern, and a result against the eventual District champion Huskies would propel the team into the home stretch of the season.

With the score sitting at 2-1 in favor of Portage Northern with less than five minutes to go, senior Sammy Postlewait lined up his free kick from 40 yards out. His shot knuckled as it lasered towards the Huskie goalkeeper, and the Portage Northern player had trouble with the ball as it fell to the ground. The Portage Northern defenders—thinking their goalkeeper had secured it—gave up on the play, and the ball fell to a crowd of Rangers just inside the six-yard box. Senior JT Guntern chipped it over the charging goalkeeper into the back of the net, and the Rangers headed home with a 2-2 draw in hand.

“After the ball went in, I immediately ran to the corner with a few teammates, and it was an awesome celebration,” JT said. “Scoring that goal felt remarkable; being able to help the team get a solid result against a solid team was a very memorable experience. I think that particular tie was a sigh of relief to the team in terms of keeping the Revenge tour alive, but it also showed us that we are a team that can stay in the game the whole time and persevere for the result.”

The matchup between these two perennial powers started off slowly, as neither team scored in the first half. The second half was once again quite defensive, but the scoring did pick up. A touchdown run from freshman Rowan Clay quickly gave the Rangers a 6-0 lead, but the Bulldogs quickly answered and took over the game with a 7-6 lead. After FHC was stopped on the ensuing drive, Grandville once again marched down the field and found the end zone.

The Ranger offense came down the field with renewed intensity, with freshman quarterback Justin Osterhouse finding the hands of fellow freshman Levi McKenzie for a long score. With the Bulldogs leading 14-12 and not much time remaining on the clock, Justin tossed the ball to freshman Lannan Partlo to tie the game against a very talented team, ending the game with a final score of 14-14. Justin rolled out of the pocket to his right in the designed play, but the Bulldog defense stepped up and pressured him to make a play. He then further rolled out to the complete opposite end of the field, floating a pass up over the Grandville defense as he about to be sacked to a wide-open Lannan.

“I scrambled for a ways just because no one was open [at first], but I eventually found Lannan after he had somehow made himself open,” Justin said. “I just felt relieved and proud of what my team and I had accomplished. Even though it ended in a tie, I believe that after that game, our team felt more confident after tying such a good football team, which carried on for the rest of the season.”

Following a rivalry win over Forest Hills Northern in the District semifinals, the varsity volleyball team traveled up to Cedar Springs once again for the District finals against one of the best teams in the state in Lowell. After narrowly falling 25-22 in the opening set, the Rangers needed a big second set to keep the match competitive.

Things did not go to plan to start the second set. FHC went down 7-1 almost immediately, and then 11-4 soon after. Then, the girls started to come back, large in part due to the performance from junior Julia Bouma serving the ball. With her new serve technique that she had yet to use in a game, Julia rattled off seven aces in a row, refusing to give Lowell even a glimpse of returning the ball. All of a sudden, the Rangers only trailed by two, and just a couple of minutes later, the Rangers held a 21-13 lead. Although the Red Arrows would eventually come back to win the set and sweep the match, Julia’s performance gave the Rangers a huge advantage and very nearly set them up to take a game from the Red Arrows and generate some momentum. 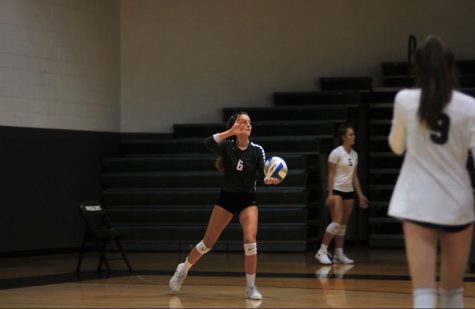 Playing without its starting running back in sophomore Tyler Weaver due to him getting pulled up to varsity, the JV football team took on the Northview Wildcats in an early conference matchup. Starting quarterback sophomore Hunter Robinson went down with a season-ending injury early in the game, and the Rangers were now dealing with even more adversity than before. FHC scored later in the second quarter with a touchdown from sophomore Quentin Rudolph, and the Ranger defense held their Northview counterpart scoreless until late in the game.

With FHC hoping for a goal-line stand, the Wildcats scored on a pass play from a yard out to make the score 7-6 in favor of the Rangers. Northview decided to go for the two-point conversion to win the game, but sophomore Ivan Wheland came to the rescue for FHC to stop the Wildcats from reaching the end zone. The ball was handed off to a wide receiver off a jet sweep, with the player running in motion to take the handoff moving towards the left side of the field. This trick play threw off the Rangers defense—especially the secondary—leaving holes on the left side of the field for Northview. At middle linebacker, Ivan Wheland beat his blocker and jumped out in front of him as the Wildcat receiver ran toward him. Ivan wrapped him up on the 7-yard line for a loss of 5 yards, but more importantly for the 7-6 victory for FHC.

The girls cross country team has for long had a rivalry with neighboring Forest Hills Northern. The two teams are constantly at the top of the conference and always competing against each other. In many races last year, as well as the beginning of the season this year, the Rangers would always come up short against the Huskies. In the first OK White Jamboree of the year at Lowell, the Rangers fell by 13 points, with FHC runners placing in third, fifth, 14th, 16th, and 19th. The wide gap between the top 5 runners is what cost the Rangers, but they were determined to right the ship later on in the season.

Two weeks later, the team traveled to Cedar Springs for the second conference meet of the year. While Whitney’s placing fell to a still remarkable fourth place, instead of the big gap between the next two runners, seniors Ally Francisco and Nicole Marco immediately followed her in the standings in fifth and sixth place. Ally’s inclusion in this race, as well as Nicole’s ability to place well despite being sick, were key components of the Rangers finishing a mere one point above Forest Hills Northern. The exceptional running of junior Emma Hansen was also very important, as Emma finished just over a second faster than the fifth and final FHN runner. Had Emma not beaten the girl following her, the race would have resulted in a win for the Huskies, and the Rangers would have yet again been handed a loss by their crosstown rival. 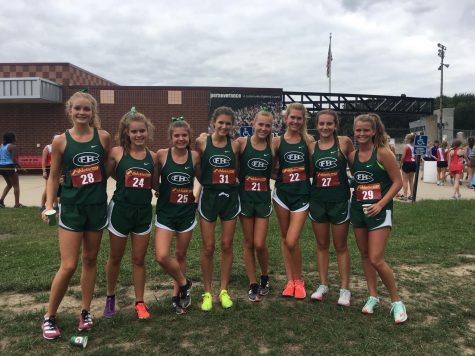