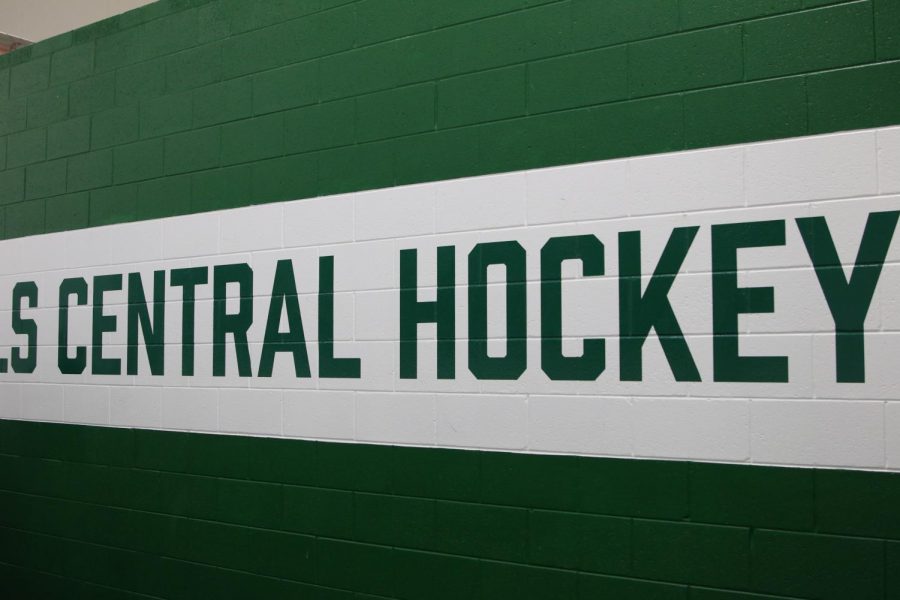 After defying expectations and going 17-5-2 last year, the hockey team is looking to use the momentum from the past season and a plethora of returners to improve upon the success from last year. The team returns key seniors such as Hayden Sarjeant, Ryan Jeffreys, Cole Beaufait, and Peter Bardelli, as well as juniors Mason Kelly, Xavier Ott, Collin Ward, and Jacob Campbell. All of these players have at least a year of experience under their belt at the varsity level, which is very important heading into the beginning of the season—especially on the topic of leadership.

“We really need our seniors to step up and lead—both on and off the ice—for this year’s team to be successful moving forward,” head coach Kevin Zaschak said. “Although, whether you’re a senior, returning player, a captain, or a freshman, we expect all of our players to take on a leadership role. Our motto is ‘WE’ not ‘ME,’ and our success will depend on those simple letters.”

The Rangers start off the season with a pair of non-conference games against Byron Center and Allen Park before quickly starting the conference schedule with a rivalry game against East Grand Rapids. This was the exact same case last year as the Rangers took on the Pioneers in the third game of the season, and FHC came out victorious with a dominating 4-0 win. However, later in the season, the Rangers fell to EGR with a score of 2-1. Both of these teams return plenty of talent from last year’s team, so the matchup should be heated and intense as always.

On the offensive side of the ice, the aforementioned returners of Ryan, Cole, Peter, Mason will be crucial to the success of the team this year. Cole led the team last year in points with a total of 37 last year, including 12 goals and 25 assists. Peter and Mason trailed Cole with 25 and 24 points, respectively, and Mason did so despite playing five games less as he returned from a stint in Indiana. Peter was the leading goalscorer with 16, but Mason closely followed with 15. Ryan also was a big contributor, scoring 5 goals and 10 assists.

“It’s very important [to return so much talent] because we have the experience that most other teams don’t,” Mason said. “That just attributes to us being able to execute better than other teams at the end of games.”

Although the continued success of these guys will be important, so to will be the adaptation of newcomers junior Jack Fitzgibbon and sophomore Tyler Weaver. Both of these two come from a season of playing travel AAA hockey, and they can be huge additions to the rotation if the assimilation into the team goes smoothly.

Defensively, Hayden is going to be running the show, just as he did as a junior. Despite playing on defense, he manages to get himself involved in the offensive side as well, tying Ryan’s point total of 15 last year. Collin, senior Grant Cardin, and sophomores Lucas Jeffreys and Josh Smith will have an increased workload this year as they replace departed members of the team, and Jack will also fill in as he adjusts to the defense-first system.

“I would just say that after playing with a lot of the new guys all spring and summer, we feel really good about people getting settled in our new setup,” Collin said.

Besides the normal conference games against the likes of Grand Rapids Christian, EGR, Forest Hills Northern/Eastern, Lowell/Caledonia, and East Kentwood, the boys will partake in non-conference games against many talented teams in the area. Games against Rockford, Grandville, Northville, and Big Rapids will all be huge tests for this team, but games against talented opponents are necessary in order to make a run in the postseason—which is exactly what this year’s team wants to do.

“Our season’s goal is to get better each week and make a postseason run,” Zaschak said. “Other than that, on and off the ice our goal is for our players and coaches to represent our school and community to a high standard.”