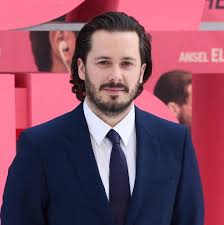 There are a couple of ways a director can go with their depiction of the events on screen. One is realism, making their direction fall into the background in favor of a stark depiction of the brutal realities of life—completely opposite of Edgar Wright’s vibrant style.

When you watch an Edgar Wright film, you know it’s an Edgar Wright film. He directs in such an in-your-face, crazy way that it is impossible to not notice the flashy elements that are completely unique to only Wright. I truly believe that he is one of the leading directors working in film today.

One of his signature style choices is his transitions. Wright loves to play with cuts between scenes, whether it be employing smash cuts to accent comedic timing as masterfully utilized in Scott Pilgrim vs. the World or using wipe cuts to make the transition from place to place seamless, which he extensively litters throughout his movies.

Wright melds dialogue, action, and music in a very distinctive way. Even if you could not hear the music in his movies, you could tell how it goes by the action. Wright times everything happening with the beat of the music, sometimes accentuated by small camera shakes or visual effects.

Baby Driver is an excellent example of this as the movie almost constantly has music playing to the point where it shares aspects with musicals. The main character, Baby (Ansel Elgort), plays music to drown out buzzing in his ears due to an accident when he was young, so every action he performs is with the pulsing music, whether it be tapping his fingers to the table in time with the piano or swinging around a light post during a bombastic trumpet solo.

Scott Pilgrim vs. the World also uses this a considerable amount, but the effects are more to emphasize the music than the actions on screen. Scott Pilgrim is about a member of a band who fights the evil exes of his new girlfriend in ridiculous and surprisingly thrilling action scenes with a merging of music and brilliant visuals as a vital part.

This music from the band is integral to the plot, such as one fight where the band must beat another band in a “battle of the bands” to defeat two of the evil exes. Their performances are accompanied by swirling winds, lightning bolts, and flashing lights, an incredible display of masterful directing.

Furthermore, snappy dialogue is combined with sound effects that don’t logically make sense but fit the words nonetheless, such as a cash register ding following an important line or microphone feedback while a character is glaring at another. This level of sonic storytelling and immersion into the wild worlds in each of his movies is hard to pull off, but Wright does it flawlessly.

Out of the five movies Wright has directed, four of them are considered comedies. His sense of humor is the best form of “British comedy” that I have ever seen. British comedy is widely known to be focused on satire and dry humor. Wright brings this in skillful spades, most notably in his film Hot Fuzz.

Hot Fuzz is a satire of cop action films, starring a serious, by-the-book Nicholas Angel, played by Simon Pegg, and a bumbling Danny Butterman, played by Nick Frost. This creates hilarious dry humor as Nicholas Angel makes sarcastic comments about Danny Butterman and the traditional, sleepy town that seems oblivious and uncaring about the “accidental deaths” that plague the town throughout the movie.

Wright’s humor is effective not just because of the absurd situations the characters are put in, but also because of the way the humor is presented. Intentional editing that lingers on hilariously awkward moments and cutting from reaction to reaction heightens the hilarity of every laugh to get the most out of the comedy.

Careful consideration is put into every movie, every scene, every shot that Edgar Wright puts his hands on. The camera movement, visual effects, and hilarious script all come together to make every one of Wright’s films a joy to watch. Edgar Wright is a brilliant and irreplaceable director who, through his electric style, has become one of the best directors working today.