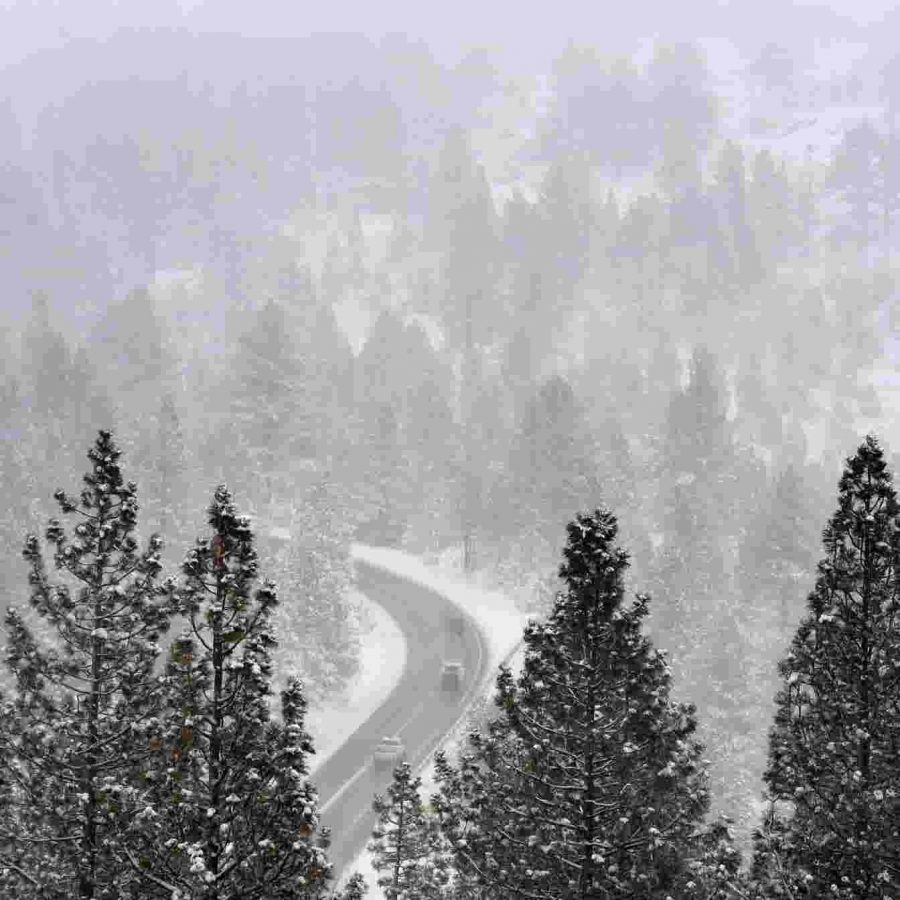 Thankful—a term defined to be the feeling or action of expressing gratitude.

This specific adjective is lacking use in today’s age; people are thankful for not life itself but more so for what life brings them.

In the depths of winter, my family and I were attempting to make a pleasant weekend up north skiing; however, the brutal weather conditions caused some serious trouble along the way. My mom, ten and two on the wheel, was carefully guiding the car up a dangerously icy hill when a single vehicle came flying around the corner uncontrollably.

I lost all control of my body as I was jolted forward into the back of the driver’s seat.

I used my arms to shield my eyes as tiny pieces of glass flew like a scourge of mosquitoes past me.

My body rebounded back to my seat, substantially straining both my neck and back.

I dizzily peered upwards, trying to make sense of what had just happened. From my view, the front windshield was not at all visible; it was blocked by multiple airbags in action. My confusion and apprehension took over my conscience—my hands were trembling.

Both my brother and sister let out worrisome sobs in the back seat. I tried to be strong, but I couldn’t help but show my concern. I looked around for immediate supervision, but both my parents were in shock in the front seats—I followed their eyes to meet what they were staring at.

A pick-up truck was half embedded into the front of our minivan.

I yanked at the door handles to escape, but they were found to be locked. Soon enough, smoke began seeping through the glass cracks on the windows.

This triggered my panic state.

I yanked at the door handles—this time even harder—praying that they would somehow magically unlock.

Abruptly, a loud noise alarmed me as my attention was drawn to a stranger stomping recklessly on our sunroof. All that was visible was his big, bulky shoes that were desperately trying to break the glass; the anonymous face was full of agony yet hopefulness.

Countless questions overwhelmed my brain; I was trying to process what had just happened.

My dad soon followed the stranger’s lead; he was slamming and kicking his feet as hard as possible against the windows in hope of freedom.

The seeping smoke was continually building up, leaving me no choice but to inhale the poisonous gas.

This is where I thought this is it—I truly believed that this was the end.

I looked out the window to see nearby people surrounding our car; they were contributing their help by yanking aggressively on the door handles from the opposite side to try and rescue us.

All of a sudden, my door was powerfully hauled open. I scrambled to get out, helping my siblings and parents do the same behind me.

My quivering hands were provoking me from generating my help, but as I finally felt the icy, cold air on my face, a sense of relief hit me. Once safe, the ear-piercing sirens of police cars were heard in the distance as their red lights flashed into existence.

The wonders of my family and I surviving were now secure, but this single event impacted my whole entire life indefinitely.

This deplorable occurrence has now made me define the word ‘thankful’ differently. The frightening thoughts that had bombarded my head that day have educated me to remain humble. I truly, however briefly, believed that neither my family or I were going to escape harmlessly. I believe that this treacherous event took place in my life solely to provide a crucial life lesson for me: it caused me to infinitely remember how worthy life itself is.

Thankful—a term defined to be the feeling or action of expressing gratitude.