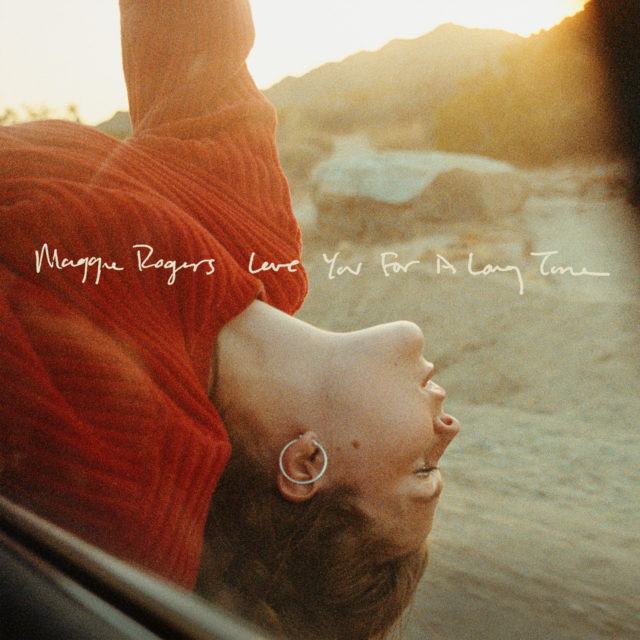 Steadily climbing the indie charts since the release of her debut album Heard It In A Past Life, in January, spunky singer/songwriter Maggie Rogers ran with the spark that ignited her fiery career and began teasing a new single on her Instagram a few weeks ago.

Through handwritten fragments of softhearted lyrics, Rogers artfully alluded to an affectionate and sensitive song, one that I was excitedly anticipating, for it had been ten months since the release of her album—ten months since Roger’s buoyant, bright voice rang from my speakers for the first time.

Despite the week-long teasers and release date through her Instagram, the single still took me by pleasant surprise. Like an outreached hand from a familiar friend, one you know all too well, guiding you to places unknown—that kind of pleasant surprise. Like a sip of Sprite that you thought was water, like reaching for change and grasping the exact amount you need, like an out of the blue note of appreciation from someone you’d least expect it.

“Love You For A Long Time” was that kind of pleasant surprise.

The light and bouncy vocals that quickly lead to a line from one of the Instagram teasers, the very first line of the song, painted pictures of wheat fields, sunflower-blonde hair, top-down drives with a view—a picture of sunnier days.

The seamless synthesis of both folk and pop undertones in one single song is exactly why I adore Rogers and have since the release of her album. The ever-changing consistency of her sound is admirable and just so lovely to hear.

Regardless of whether Rogers is indie folk or pop, there is an element of energy and lightness that radiates within the rhythms of every song in her discography, which now includes “Love You For A Long Time.” Even if the lyrics are somber—heartbreakingly poetic—the beats and rhythms, the foundation of every song, emanate energy, amongst other elements of danceable tunes.

Rogers is a danceable artist, whether it’s socially acceptable to dance to a ballad or not.

“Love You For A Long Time” was the opposite of a ballad, though. The title alone is a declaration, a declaration of unadulterated love, and the lyrics go even further to express such a passionate feeling: “While I was getting lost so deep inside your diamond eyes / so many things I still wanna say / and if devotion is a river, then I’m floating away.”

It’s phrases like “if devotion is a river, then I’m floating away” that gracefully convey the complexities of love, and it’s the simple phrase of “so many things I still wanna say” preceding the metaphor that solidifies my admiration for a constant, ever-changing artist like Rogers.

“Love You For A Long Time” contains multitudes, as does love, and Rogers succeeded in depicting the complexities of such an impassioned emotion.