Lady and the Tramp is a classic given new life 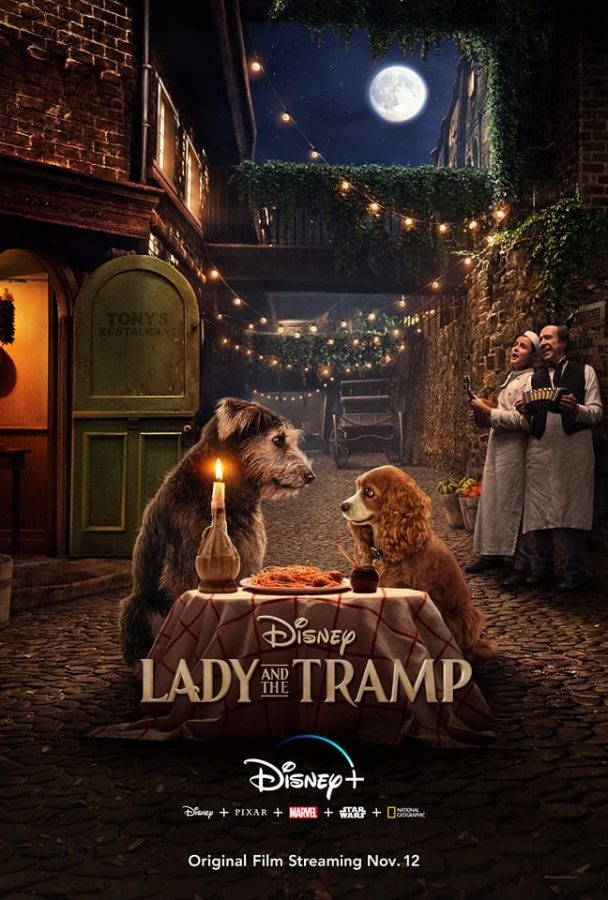 To say that deep down, I’m a sap for romantics is an understatement. So when I heard of a modern remake of Lady and the Tramp, I was ecstatic.

The film is a mix of real actors and CGI, computer-generated imagery, so it looks real. Most of the CGI comes from the dog’s mouths as, if you didn’t know, dogs can’t talk. Even without having the ability to speak, the mouths move as if it were natural.

With the film being partly live action, it loses some of the original animated charm; however, a change in style does not hurt Lady and the Tramp, it makes it unique.

What does hurt it is the slow start. The first forty-ish minutes is just character introduction. The best part of this is that the characters are developed.

The lack of vocal music is also a hindrance towards this films start. Since a large majority of the songs are instrumental, the tracks that have lyrics feel important. When there is just instrumentation, it’s background noise; if there’s vocals, it’s noticeable.

Additionally, a fair portion of the music in the movie is jazz with the rest falling into a symphonic category. Songs like “He’s a Tramp” and “Getting on the Boat” are prime examples of the jazz. “Bella Notte” and “Tony and Joe” show the more symphonic arrangements.

The plot of this movie is rather unimportant. The major points in the story are that Lady’s family, Jim Dear and Darling, are having a baby. The baby is born, then Jim Dear and Darling leave for awhile. This ends up with Lady getting out on the streets where she meets up with Tramp, and they embark on an adventure.

With all these characters being brought up, what are they like?

Jim and his wife are caring people who go out of their way for both Lady and Lulu—the baby. Lady starts out as self centered and arrogant but grows attached to Tramp and realizes that more than herself is important.

Tramp is also self centered, but for different reasons. As a street dog, he has to scavenge for food scraps and keep a low profile to keep away from the antagonist, the impounder. Tramp also grows and realizes that being a loner makes you feel alone.

There are also other side characters like two adorable puppies, Jock and Trusty, and the impounded dogs.

Characters are important, but the interactions are more so. Lady and Tramp interact for a majority of the film and none of it feels forced. Every action between them seems like it could happen.

On the topic of interactions, the infamous pasta scene where Lady and Tramp would seem to kiss occurs. Disney, being smart, kept the scene in, but the original has more emotion to it because of the hand-drawn style.

Overall, this movie has snuck it’s way into my heart. Lady and the Tramp is just a film that radiates charm through most of it. I got real near crying, but I also had to pause the film because I was too distracted with how happy it made me.

I would definitely say that for anyone who likes a good romance movie should either watch Lady and the Tramp on Disney+, and if they don’t have Disney+—buy it immediately.